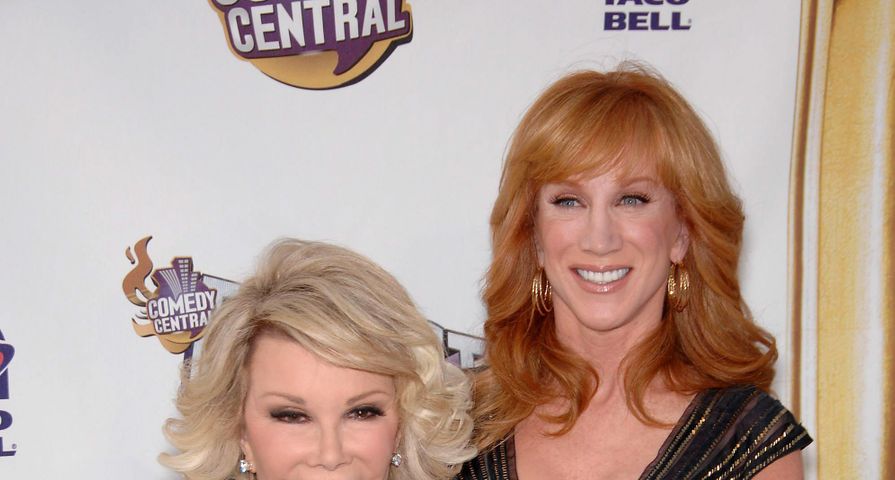 After much speculation, E! network has confirmed that Kathy Griffin, 54, will be the official replacement for the late Joan Rivers on E!’s Fashion Police.

The comedienne will be joining fellow new panelist, Brad Goreski who is a celebrity stylist, along with the show’s veterans Giuliana Rancic and Kelly Osbourne.

On September 4, the well-known and much loved Rivers passed away following complications during a routine surgery that had her in a coma before her passing, and since that time Fashion Police has been on hiatus as they come to grips with their loss.

Executive Vice President of Programming and Development for the network stated, “Not only was Joan a trailblazer, she was also a dear friend and mentor to Kathy, who will no doubt continue her legacy and do the series justice by bringing her own unique comedic style and tell-it-like-it-is personality to the host chair,” he commented.

“Plus,” he continued, “the addition of trendsetting stylist Brad completes the panel as the show begins its next chapter, which will focus on covering the major award shows and fashion events throughout the year.”

Although Kathy did have hesitations about stepping in for such an icon, she is now fully on board, “I get it! These are some big shoes I’m going to fill. Joan was truly one of a kind. Now I hope you will accept me for me. I’m just Kathy. Did I say just Kathy? I meant I’m Kathy F–king Griffin and you celebrities better strap yourself in, as I am taking no prisoners. I am not holding back so DAMMIT let’s have some fun!”

Joan Rivers’ daughter, Melissa Rivers, who is also an Executive Producer for the show also commented, “Kathy just feels right, and Brad brings a fun, new voice to join Giuliana and Kelly in this ensemble. I’m excited to see where this panel takes the series my mother so adored in this next incarnation.”