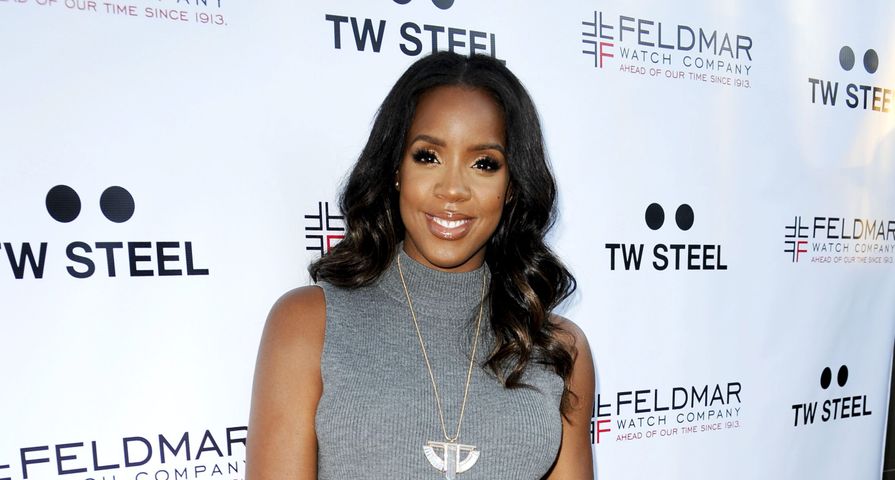 Their son, Titan Jewell Witherspoon was born at 1:30 pm weighing 7.5lbs, to his extremely happy parents.

In a statement welcoming her son to the world the singer said, “We are thrilled to announce that today we are the proud parents of our first son. We are blessed to report everyone is healthy and happy!”

Rowland, 33, eagerly awaited the arrival of her baby boy by sharing numerous social media pictures of her pregnant belly and preparations for their new arrival.

She was open to discussing everything from her cravings to taking birthing classes and even accidentally let the baby’s gender slip in an interview, letting her excitement get the best of her.

“My Caress family has gotten him all his little bathing stuff, his toys. It’s just so cool,” Rowland accidentally stated “his” repeatedly.

“Now it’s getting to the time where I’m getting a bit antsy and I would really, really love to see the baby’s face. I can’t wait!” the mom-t0-be stated of the anticipation of being a mom.

Back in September she also joked about the new role of taking care of a new baby and a new husband, “When the baby gets here, it’s not just one baby. I have two babies now. My husband and the baby, you have to take care of both,” she stated jokingly to People magazine.

Rowland and Witherspoon began dating in 2011 and the singer announced their engagement in 2013 while on the Queen Latifah Show.

After a short engagement they were married in May of 2014 in Costa Rica with friends and family including her ex Destiny’s Child bandmates. She announced her pregnancy in June by posting on Instagram that she was expecting.

Also Check Out: 10 Celebrities Who Bared All While Pregnant