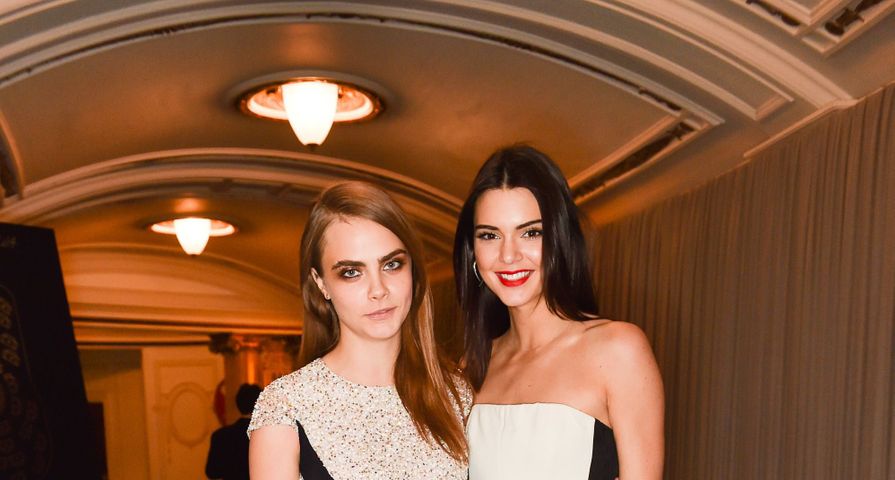 While the world’s best supermodels convene on London and document every step of the way, there are two red-hot models who have been noticeably absent from all the hype, 19-year old Kendall Jenner and Model of the Year winner Cara Delevingne, 22.

Apparently Jenner and Delevingne are absent off their own accord as they chose to walk the runway for Karl Lagerfeld during the Chanel Metiers d’Art  show in Salzburg, Austria instead.

“It’s a big deal in the modeling world that Kendall and Cara are skipping the Victoria’s Secret Fashion Show to go to Austria and walk in Karl’s show,” a source revealed to People magazine.

Kendall and Cara have been inseperable lately as they were seen hand in hand while running into mutual ex Harry Styles at the British Fashion Awards and both grace the cover of Love magazine in quite the embrace.

Now it seems Jenner is trading lifelong dreams and hoping for the best from the advice and guidance of seasoned supermodel Delevingne.

“Kendall is Karl’s new girl and it’s a bold statement, because its been Kendall’s dream to walk in Victoria’s Secret. But she followed in her BFF Cara’s footsteps and took her advice to go with Karl.”

Also Check Out: Celebrity Siblings: Who Do You Like More?