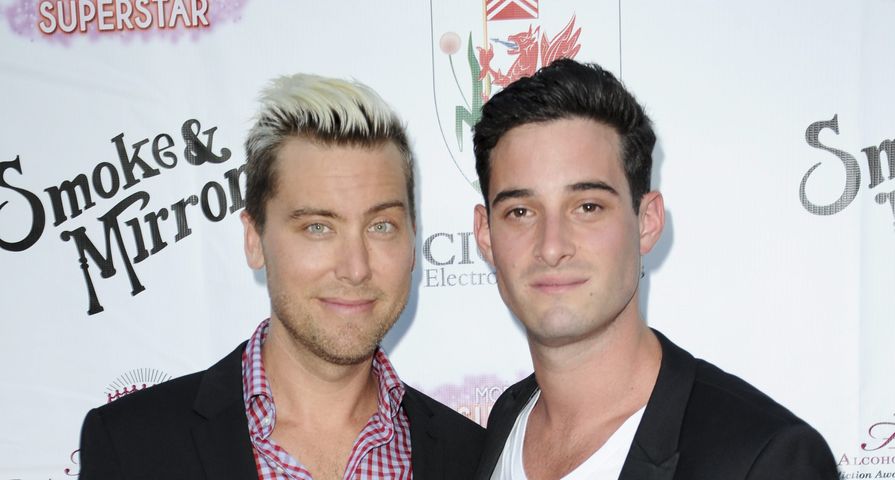 Lance Bass, 35, and partner Michael Turchin, 27, announced back in October they were planning a holiday wedding after being engaged for over a year.

When first discussing wedding plans, the pair hinted at a lavish event complete with a star-studded guest list, not to mention a ‘N Sync reunion, and to be filmed on the E! Network to be televised in early 2015 and they did not disappoint as they tied the knot on Saturday December 20 at the gorgeous Park Plaza Hotel in Los Angeles.

The choice of venue was a perfect fit for their tastes, ” I like to have a royal feel, and that’s what it’s going to feel like. Something very grandiose. My only note to the guests were ‘I want you to pretend like you’re going to a royal wedding at the met ball.’ So it can be over the top, high fashion, and just incredible fashion, and that just kind of set the tone for the wedding right there,” Bass told E! Online prior to his big day.

Turchin and Bass had the unhappy task of cutting down their guest list to only 300, but there were still plenty of famous friends mixed in with close friends and family.

Cheryl Burke, Lisa Vanderpump as well as the former ‘N Sync guys, JC Chasez, Joey Fatone and Chris Kirkpatrick were all present with Justin Timberlake unfortunately having to miss the event due to his tour schedule.

Friend and former bandmate JC Chasez also had the honor of singing during the couple’s first dance while close friends Jamie-Lynn Sigler and JoAnna Garcia Swisher officiated the special event with Bass stating, “We loved the idea of using someone who knows us.”

After the event Lance took to his Instagram account to show fans their personally designed wedding bands along with the caption, “MAGICAL NIGHT! We laughed, we cried, we married. #LanceLoves Michael.”

The 90 minute E! special Lance Loves Michael: The Lance Bass Wedding will air on February 5 and will be the first time an American television network is broadcasting a celebrity wedding between two men.

Also Check Out: 9 Gay Celebrity Couples Who Are Finally Married