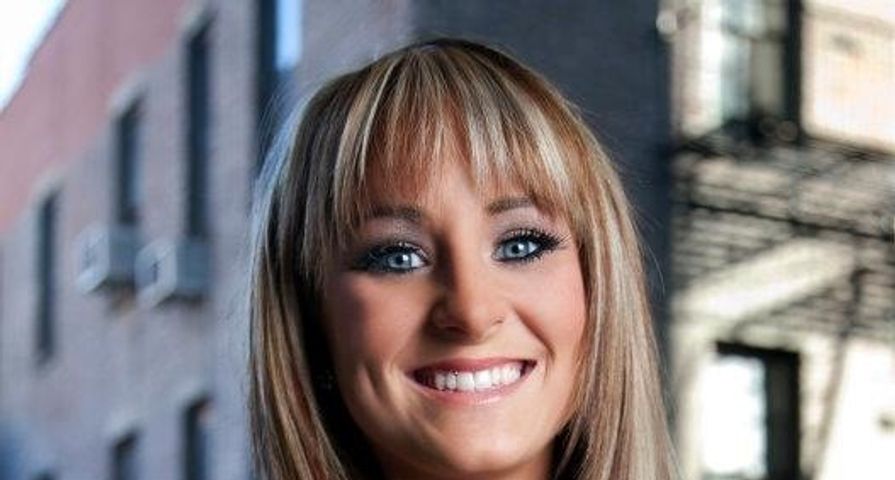 At 22 years old Leah Messer is already a mom to twin girls Aleeah and Aliannah, 5, and Adalynn, almost 2, and has already been married and divorced to the twins father, Corey Simms and married to Adalynn’s father Jeremy, while dealing with a very rare genetic condition in daughter Aliannah.

While all of that is a lot to handle for anyone at any age, she is dealing with all while being filmed 24/7 for MTV shows 16 and Pregnant and Teen Mom 2.

After five seasons on the show however, it all seems to be too much as Leah Messer replied to a fan on Twitter who asked if she would be doing season 6 to which she said, “No.”

Reports also stated that Messer continued to tweet, writing, “I hope my girls continue to move on with TM2. I wish them the BEST xoxo…My girls still do what they do and keep things going!,” she said in reference to fellow Teen Mom 2 stars Jenelle Evans, Chelsea Houska and Kailyn Lowry.

Now, all those tweets have been deleted although one still remains, which is a tweet from a fan that Messer retweeted, “I will miss you on TM2 but you know the right for your family. God bless u and the 3 amazing little girls you have. #AAAsisters.”

In the last season of the show, Leah had to deal with a worsening relationship with her twins’ father Corey after he asked for primary custody of their girls.

She has also been dealing with problems in her current marriage to Jeremy Calvert after the two had a public social media fight where Jeremy accused her of cheating on him with ex, Robbie, whom she admitted to cheating on Corey with the day before their wedding.

Although the two are still married their individual Twitter feeds are not showing anything too promising with Leah tweeting, “Failure does not mean that you’ll never get what you want, sometimes failure means that you have to fight harder for something better,” on November 16, while Jeremy tweeted, “Just about tired of keeping my mouth shut!” on November 11.

MTV has not yet commented on her alleged departure from the show.