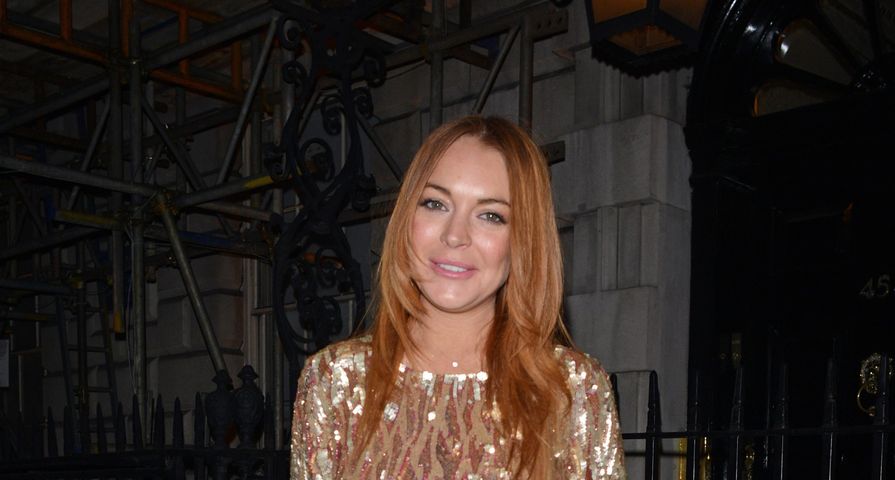 Lindsay Lohan, 28, was just one of many young stars to go off the rails after growing up in the spotlight, however she is also one of the few who has seemingly been able to get herself back on the right track.

After her stardom as a child began to fade away, Lohan was still making headlines, but unfortunately for all the wrong reasons including multiple DUI arrests, nightclub fights and rehab stints for both alcohol and drug addictions, quickly making her known as more of a joke then an actress.

However, after struggles and some help, Lohan is back and it all began when she was cast for David Marnet’s on-stage production of Speed The Plow on West End in London, England.

Now having lived there for less than a year to star in the play, Lohan admits in an interview with The Guardian that she has no intention of returning to Hollywood.

“I won’t live in L.A. again, hell no. In L.A. I didn’t know what to do apart from go out every night. That’s when my friends were free. And I would go out and there would be all these cameras and that’s when it became difficult,” she stated.

The differences between London and L.A. are too big for the recovering star to pass up in order to live better.

“I can go for a run here on my own. I do every morning, early, and I think how my friends in New York would still be up partying at that time. I needed to grow up and London is a better place fro me to do that than anywhere else.”

She also noted that the gossip is a lot less which makes it easier, “I love the BBC. I haven’t heard myself mentioned on TV since I have been here. That has been really weird for me, and great.”

While the play got mixed reviews and apparently Lohan had trouble remembering her lines, it all bettered the actress as she was known for being flaky and missing important court dates, but she made sure to never miss a performance of the play.

Lohan has suggested that she will probably do more plays in the future and currently has three films in pre-production. It seems she is finally on the resurgence back to stardom and a meaningful career.