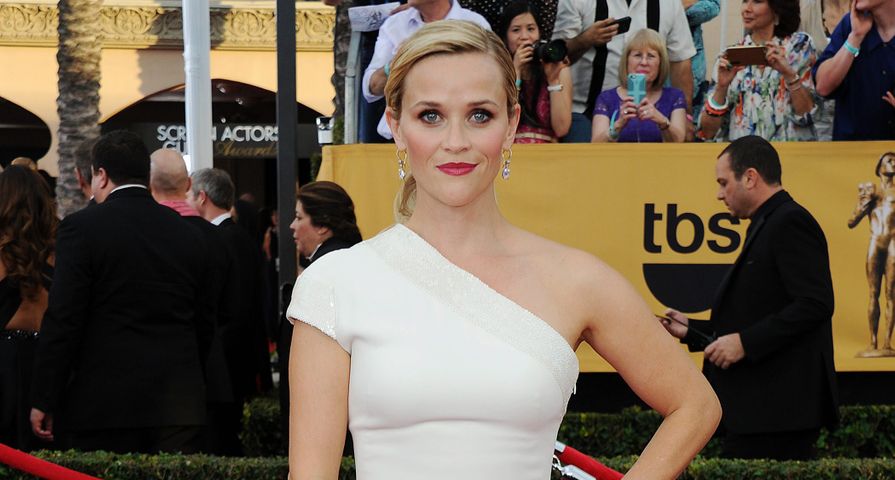 The red carpet events around awards shows are as hyped up as the awards themselves and stars groom, prep, and fret over what to wear knowing full well it is all going to scrutinized, criticized and commented upon.

Since this is a known fact for every Hollywood event, it was no different for the Screen Actors Guild Awards but the scrutinization was once again taken to a minuscule level with not one but two “mani cams.”

Actresses on the red carpet are asked to take a moment to stick their hand in a box outfitted like a mini red carpet with a camera on it to get a very up-close view of the stars’ jewelry and manicures.

While the mani cams allowed for a good look at Sofia Vergara’s gorgeous engagement ring as she put her hand in claiming, “This is the love hand!”, many have taken offence to the red carpet sideshow as it is just another way to judge women simply by how they look, right down to their fingernails.

It seems however that some of those A-listers do not approve either as it is reported Jennifer Aniston, Julianne Moore and Reese Witherspoon all refused to take part in it.

Moore bluntly told E! News host Maria Menounos, “No I’m not doing that,” and Aniston also clearly stated, “No, no thank you,” after which she made a whip using motion along with a noise to joke that she is striking the idea down (see it all in the video below).

Meanwhile Witherspoon rejected to do so as well and instead shoved Vergara’s hand in with her ring on it to avoid having to deal with the mani cam herself.

This is not the first time E! has presented the mani cam on the red carpet and it isn’t the first time actresses have fought back. Just last year Cate Blanchett asked right back, “Do you do that to the guys?” pointing out the sexism, causing the hashtag #askhermore to trend on Twitter to prove there is more to ask a woman than what she is wearing and what her manicure looks like.

Also Check Out: 7 Female Celebrities Who Are Against Feminism