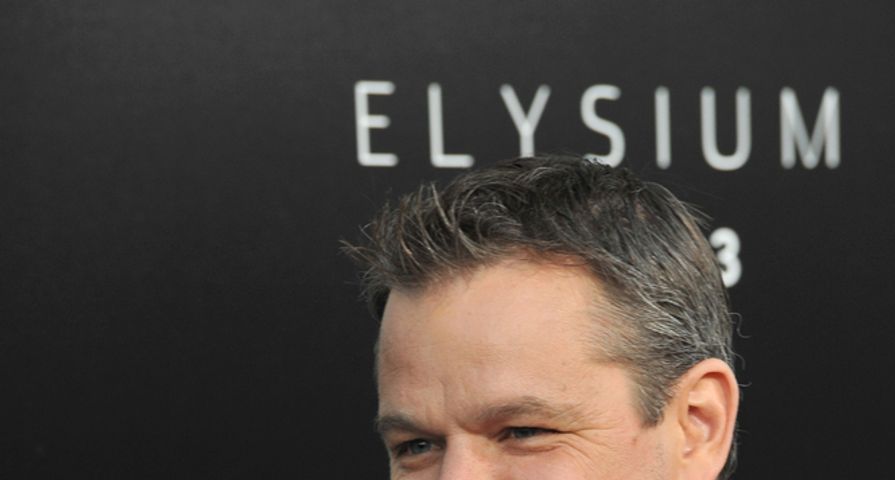 Matt Damon was challenged to do the ALS Ice Bucket Challenge by Ben Affleck and Jimmy Kimmel, and just as you think the story is stale and you’re getting tired of seeing the challenges, you think about the $70,000,000-plus that has been raised for ALS research and treatment advancement due to one silly little trend. That should have you stoked to see another.

As of late, people have begun to consider the weight on local ecology, especially those in California and other western states that are facing the worst drought in half a century. There are towns and cities in California’s central valley that are at less than 60 days supply in reserve. In a word: Terrifying. Hopefully the mockers will remain at bay, because it’s time to start praying for rain.

Matt Damon is well-aware of California’s water issues, but he’s even more aware of the global issue: Hundreds of millions of individuals are lacking clean water sources worldwide. As a co-founder of Water.org, Matt knew he couldn’t justify filling a bucket full of clean water, just to douse himself as part of a giving effort. So… Matt took to the toilet to score his H20.

In truth, the water in our toilets — as Matt mentions is his video — is quite clean. There are some 2.4 billion people lacking proper sanitation capabilities in their day to day. It’s pretty amazing to think you could pull water from a toilet in the USofA and drink it if necessary.