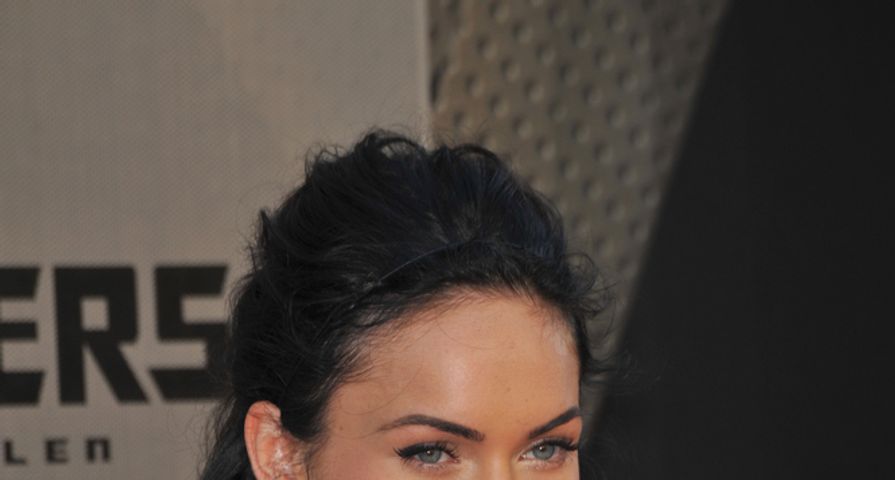 Megan Fox gave birth to her second child just over a month ago, but her body is already bouncing back.

The 27 year-old actress was spotted out and about in Los Angeles on Friday, looking good in casual clothes.

Wearing tight black pants with rolled up cuffs, a grey V-neck t-shirt layered over black, and colorful sneakers, the mom of two ran errands with her eldest son, 15 month-old Noah Shannon, in tow. She wore her long brown hair down in waves and accessorized with necklaces, bracelets, large sunglasses and a bright red handbag.

Megan has kept a low profile since she started having children, and hasn’t been in as many films — but you can next see her as April in the Teenage Mutant Ninja Turtles movie, which will be released in August.

Back in 2012, she said that becoming a mom shifted the way she chose film roles. “It changes your perspective about being overly sexual in a film when you have a baby,” she explained.

“I’m going to be more cautious about choosing films because I’m already thinking about when he’s in school and his friends are going to be showing him my photo shoots with me in a bikini and he’s going to be horrified. So that will deter me from making some of the choices I made before.”

Also Check Out: Co-Stars Dish: The 10 Worst Celebrities to Work With!