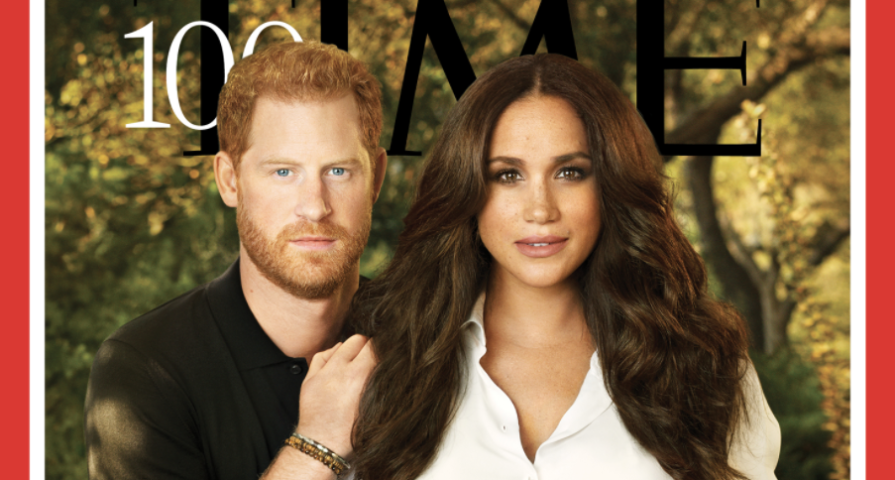 Prince Harry and Meghan Markle have been featured on the cover of TIME magazine’s 100 Most Influential People in the World issue.

Before the annual special edition magazine hits newsstands on September 17, TIME released the full roster of influential people on Wednesday. This new portrait of Meghan and Harry marks the first time the couple has formally posed together for a magazine cover.

José Andrés, founder of World Central Kitchen, wrote about the couple for the issue. The non-profit is an official partner of Harry and Meghan’s Archewell Foundation. “Springing into action is not the easy choice for a young duke and duchess who have been blessed through birth and talent, and burned by fame,” Andrés wrote.

“It would be much safer to enjoy their good fortune and stay silent,” he added. “That’s not what Harry and Meghan do, or who they are…. In a world where everyone has an opinion about people they don’t know, the duke and duchess have compassion for the people they don’t know. They don’t just opine. They run toward the struggle.”

In the gorgeous cover shot, Meghan wears a white shirt with her hair styled in voluminous waves, while Harry leans on her shoulder in an all-black outfit. The couple also took more photos during the shoot where they opted for olive-colored outfits. In one photo, Harry and Meghan are posing with serious expressions while standing in front a window. In the other, they are walking through a forest smiling lovingly towards each other.

Check out the stunning photos below: 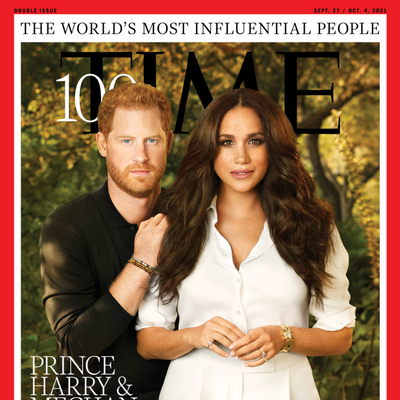