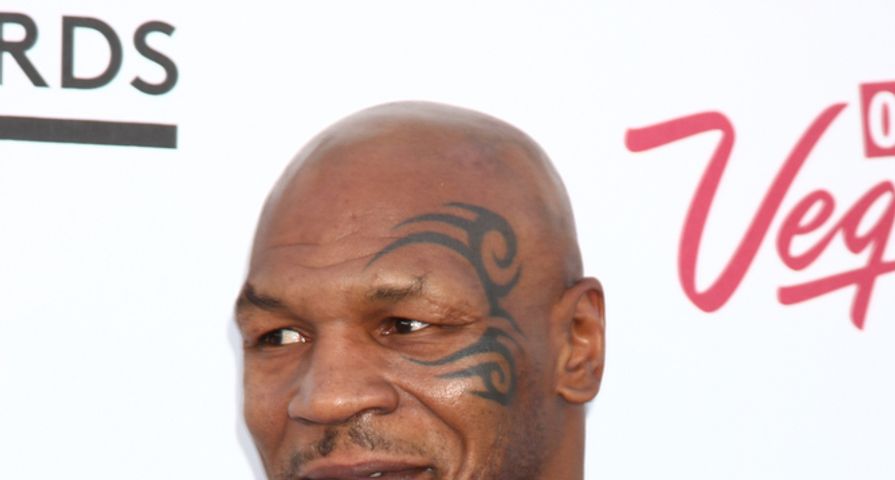 Mike Tyson lost his cool during an interview on a Canadian cable news network, after the anchor apparently reopened one of Mike Tyson’s wounds.

Mikes state of calm is a work in progress, people. If you poke Mike Tyson with a verbal stick enough times, even the older, gentler Mike Tyson will take exception, and growl, bark or bite. That is exactly what happened to Mike after Nathan Downer, anchor for CP24, asked him about a past incident that included rape charges. Fortunately, Mike chose to bark.

Mike immediately became unnerved when asked the question. And when Mike becomes unnerved, he says and does things that are borderline terrifying. In this case, he didn’t become physical–not in the least. He did, however, let Mr. Downer know exactly how he felt about the line of questioning. So much so, Mike was unable to keep his composure–he stopped speaking about his one-man show that he is currently performing on an international tour.

Mike dropped a few varieties of the “S” word, one “F” bomb and then kept ’em coming after it seemed like he might reengage with the topic of conversation. Tyson show producer/handler, didn’t miss a beat in the attempt to sell tickets to the show, even mentioning the upcoming engagement in Monaco.

Downer cut the interview short after it seemed that Mike was only going to berate the anchor for asking a question he didn’t like, and the legacy of Mike Tyson’s volatile behavior continues to grow.

It is sad. Simply put… Mike’s feelings were hurt, and he has never known how to deal with getting his feelings hurt. He’s still stuck in a pattern of assuming the worst, when he could have simply said to Downer, “I’ve moved beyond all of that… you should come to the show and see what it’s all about.”

If you didn’t see it, it is worth a look. Check out the video below!