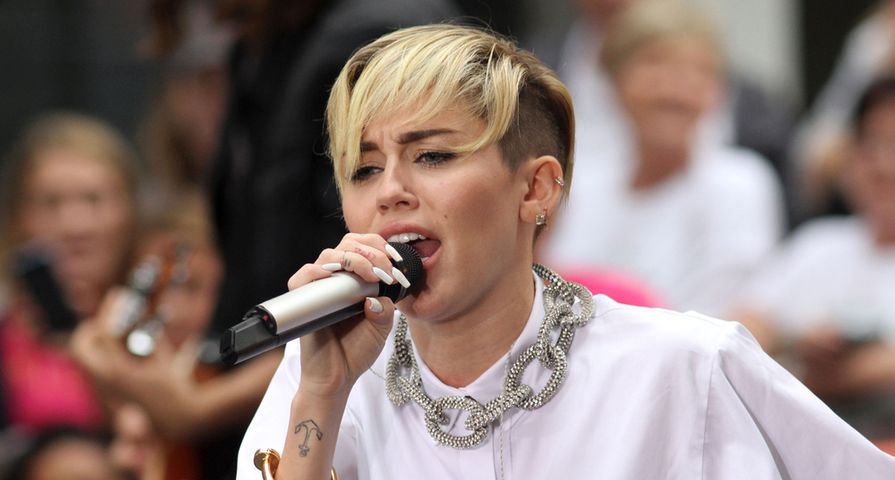 In the throes of history, it is hoped that MTV appears as nothing more than a blip on the radar. What has the network become? What has the “brand” become? Gone are the incredible Unplugged performances of the 1990s: Eric Clapton, Nirvana, Stevie Ray Vaughn, The Allman Brothers, Pearl Jam, Jimmy Page and Robert Plant … the list goes on: Chris Isaak, Lenny Kravitz … BOB DYLAN!

I hate the music industry. I hate what it does to artists who don’t have the smarts or spines to stand up for themselves. Or, taking Miley as an example, I hate how the industry takes advantage of kids who were merely groomed to become cash cows for decadence and debauchery.

Whatever. Here’s what really happened.

Miley Cyrus made yet another mockery of herself, and every woman who walks the face of the planet, by acting like an idiot while performing her MTV Unplugged set on Wednesday, January 29. How did it go? Well… the audience loved it. Why wouldn’t they? Nah, this wasn’t the storytelling push through a variety of iconic rock songs like in years past. This was Miley, dressed to the hilt in the tightest and most revealing costumes the producers could build for her.

Instead of trusting in her voice and musical ability, or reveling in the moment with the absurdly talented musicians backing her, she figured the night needed more style than substance.

How much style? Well. Two people in a horse costume to twerk with, and her often-seen dwarf sidekick who was costumed to match Miley. Consequently, the dwarf showed off nicer curves than Miley, as per standard practice. Then Madonna showed up, and the two performed together.

Seriously though. It was sheer madness. Check out the video below and see for yourself!

Also Check Out: The 11 Most Annoying Celebrities on the Planet!