Miley Cyrus Is One Sexy Illuminati 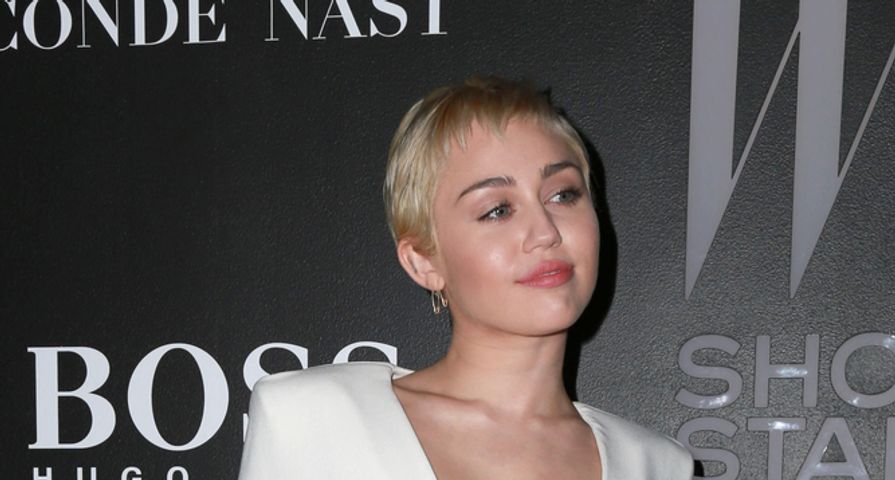 It is hilarious that the secret society known as Illuminati has become a pop culture reference in the 21st century. Who would have known so many pop stars would be the entity revealing it to the masses. And perhaps we owe a nod to Dan Brown.

Where to go with this one? Let’s say that Miley Cyrus is swimming in the deep end. We can all agree with that, yes? There was a young woman, who was formerly Hannah Montana, and who was quite talented–throwing down covers of her mentor, Dolly Parton–then within six months, there was a drastic change. Within that six months, a relationship with a fiance crumbled, and the clothes started coming off.

The first shocker was the VMAs, when Miley performed with Robin Thicke. You think if Robin had it to do all over again he might do things differently? You’re damn straight. He’d have stayed so far from Miley, or performing with her, that he might have kept the radiating stank of Miley’s twerk away from the height of  his career, which subsequently crashed like the stock market of 1929.

So. What was this change in Miley? This very strange, hypersexed change. Some have suggested the word Illuminati. Some have suggested Miley made a pact to serve Satan, and the entity of evil is using the principalities under command to deliver Miley what she desires, using her over-the-top antics to appeal to that curiosity in her very young fan base. Seriously, you can find it all. And frankly, most of its hard to argue with.

Still. Illuminati. Do people really think they know what the Illuminati is? Sure, people see the flashes of pyramids, all-seeing-eyes and it is a bit confusing. So. For those who are curious, Fame10 happens to have an expert on staff regarding that realm secrecy: me. Read on, if you want a peek into the rabbit hole. Just don’t go down it too far. You might get lost like Alice, then discover it was all a dream.

For starters, you’re never going to hear someone say that they’re “Illuminati.” Did Miley flash a tattoo with an “eye” reminiscent of the all-seeing-eye? Sure. It’s on her finger. Still, regarding the Illuminati, it isn’t one organization, rather a combination of many organizations, both real and fictional.

Its history can be traced back to the rule of Queen Semiramis and King Nimrod (seriously) in Babylon. Of course, there is written history of these individuals, but much is consider a combination between lore and myth. Still, Babylon obviously existed as the center of the world at one point, and according to both religious and secular history, Nimrod sat on the throne as it became the capital of the world.

Your understanding of symbology in world history would begin here… including things like pyramids and all-seeing-eyes. Yes, the very image on the back of United States dolla-dolla bills, y’all. Alas, many of the American founding fathers were also associated with this secret organization, as well as Freemasonry. Many historians who enjoy the hobby of these societies would suggest that the term Illuminati was actually born of a Freemason. No. Those masons aren’t necessarily stone workers and brick layers.

So. That all-seeing eye. It’s the eye of God, right? Well, god is a generic term for a deity, isn’t it? It all depends on the god who is worshiped. Put it this way: There are more pagan symbols in the Vatican than there are depictions of Jesus Christ.

Pushing through history toward the revolutions of the 1700s, including the American and French (the revolutionary leaders in each other’s corner from 1776-1799) the individuals and families who would represent the new rise to power were all related through organized thought and allegiance. Make no mistake, there’s a reason why ideology of the United States Constitution rests heavily on the ideas of French lawyer and philosopher, Charles-Louis de Secondat, aka, Montesquieu.

So. Is it complex? This wasn’t even a scratch on the surface. Is Miley a member of the “Illuminati?” Perhaps. Coincidentally, she sells herself to the adoring public similarly to the ancient Queen Semiramis.

Want less on all of this, and a simple peek at what Miley was tweeting this week? Check out the video below.