Miley Cyrus May Be In Trouble With Mexican Authorities 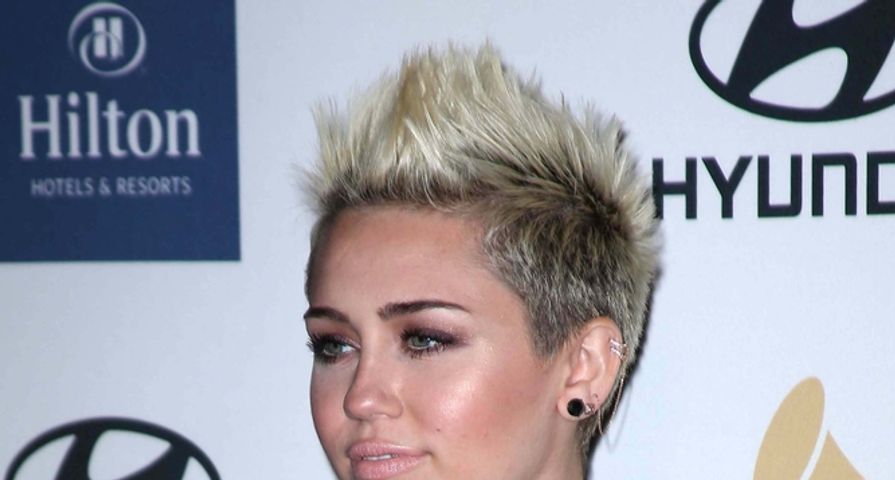 At a certain point, Miley will realize that she was leeched by an industry that really didn’t love her. And the things she did under her guise of faux-independence were quite insulting, visually assaulting and, in many countries, illegal.

Miley Ray was south of the border earlier this week, and she may have stepped in a little caca del toro.

While Miley was getting her fake twerk on (can we go back to calling this booty popping?), she completely degraded/desecrated a Mexican flag. Was it Miley’s fault? It looked to be the fault of a dancer, who was dancing with the flag, then began whipping Miley with it, and ran it up the crack of her fake butt.

Oh. You didn’t know she wears a fake butt on the Bangerz Tour? Yes. Apparently she heard enough of the chatter about her lack of glutes, and got a comical slip-on booty to wear during some parts of the show.

In the USofA, this is something that would be scoffed at, but very little would likely be done. In Mexico, they take a little more pride in the symbolism of their nation’s flag and, when people publicly put it between their butt cheeks, they take exception.

Could Miley be in trouble? Yes. Is she still in Mexico? No. Ultimately, this means the local, Mexican authorities could slap Miley with a fine, and subpoena her for a hearing. The latter probably won’t happen, but the fine could. And we can also expect to hear Miley’s apology, and her claim of ignorance as an excuse. “I didn’t realize what my dancers were doing. I was just trying to give the audience the best show I could.”

You know what they say, Justin, er, Miley…Ignorance is no excuse. Laws are laws.