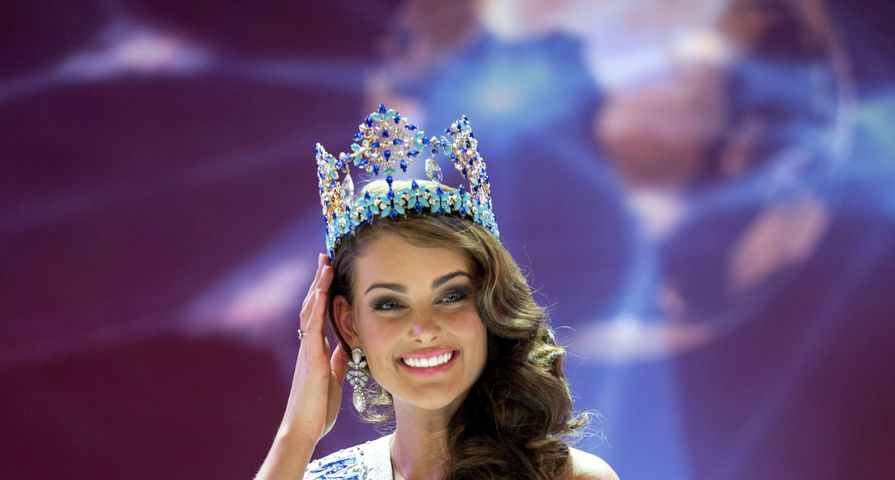 Strauss beat out 121 other women and some stiff competition in order to earn the crown including Hungary’s Edina Kulcsar as the first runner-up and Elizabeth Safrit from the United States who placed third.

The title is well deserved by Strauss however because as well as being a gorgeous model, she is in her fourth year of medical studies at the University of the Free State in Bloemfontein.

Her smarts and interest in the medical field can be credited to her parents as she was born into it with her dad being a doctor and her mother being a nurse, and, as she proclaims herself, as a “test tube baby” after her parents had trouble conceiving.

“Everyone in my town called me Little Dr. Strauss because I was always the little curly-headed girl running around behind my dad in the hospital,” Miss World joked.

While being named Miss World has halted her studies for the moment, Strauss still plans on finishing her education as winning the pageant and becoming a doctor have both been her dreams since she was only a little girl.

It is obvious that she must have guys falling all over her, but when asked about her relationships in an interview with the South African TV Authority this year she stated, “I definitely don’t have a public relationship. You know, as a Miss South Africa people look up to you and see you as an independent, strong woman. That’s the picture I’d like to show people out there and I think it’s difficult to be in a relationship because of your busy schedule.”

Along with besting the runner’s-up from Hungary and the U.S., Strauss’s other top ten competitors included contestants from Australia, England, Guyana, Brazil, Kenya, Mexico and India.