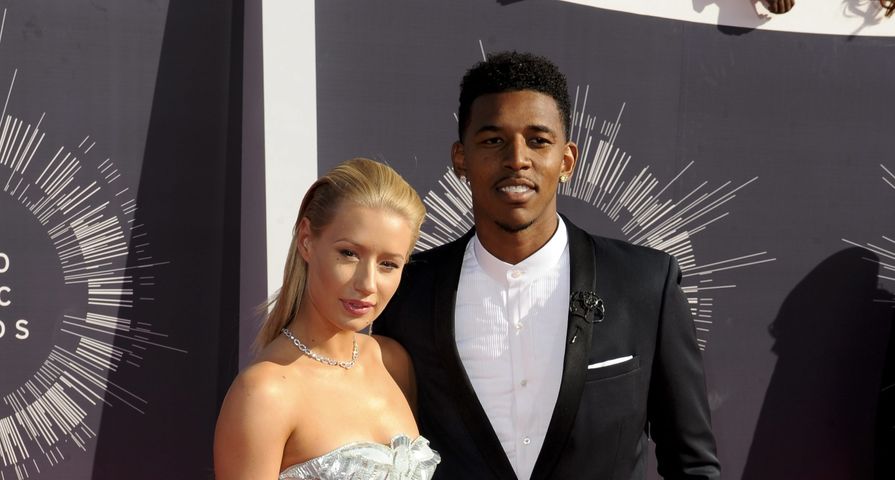 Los Angeles Lakers star Nick Young and Australian rapper Iggy Azalea are testament to how meeting your significant other and dating has changed in a high-tech world.

The two, who have now been together for a year, met through Twitter when the basketball pro Tweeted at Iggy calling her his “Woman Crush Wednesday.”

The two met in person and have been together ever since and although it has only been a year, the relationship is moving pretty fast as they just bought a house together.

In an interview with DuJour Magazine, Young gushed about his girl and their future, “Me and Iggy just bought a house. We’ve been getting really close lately. I’ve never been with somebody like this.”

When he asked about any wedding plans he was very open stating, “It’s come up a couple of times.” So while there is no pending marriage just yet, it is definitely something they are not shying away from.

Recently the two have been seen out a lot together as their relationship gets stronger. Iggy was by Nick’s side as he had thumb surgery recently and Nick rushed to Iggy’s defence when Snoop Dogg and her got into a vicious social media feud.

As well as discussing the big stuff such as houses and marriage, Young opened up about other aspects of their relationship revealing even celebrity couples fight over little things. “We fight over the TV remote because she watches TLC and the Weather Channel all night. We argue all the time, but we get it worked out. We understand each other.”

While a Nick Young/Iggy Azalea wedding would be awesome, with a new NBA season under-way and Iggy’s music career going red-hot, chances are their careers will be their focus for the time being.