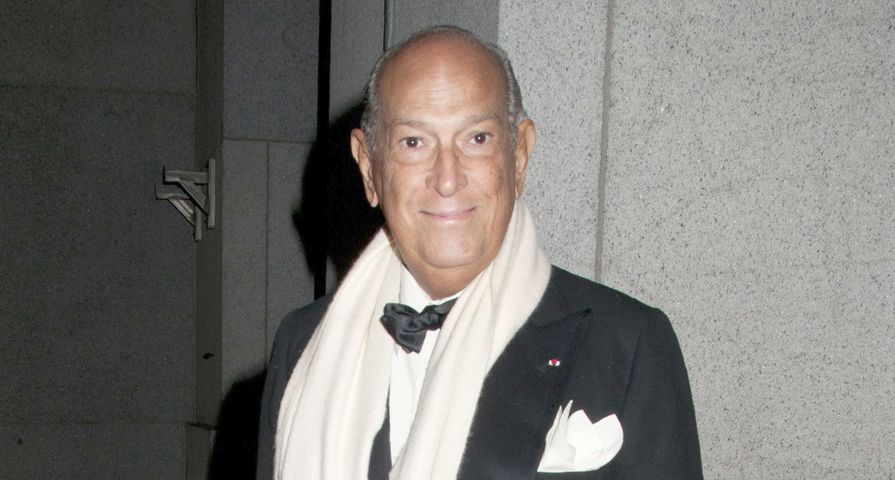 Famous fashion designer Oscar de la Renta passed away Monday evening at his home in Connecticut surrounded by family and friends, he was 82 years old. The iconic designer had been battling a form of gastric cancer for many years but revealed last year that he was “totally clean.” The New York Times revealed the cause of death as “complications from cancer.”

For more then 40 years Oscar de la Renta was the man behind the outfits and wardrobes of Hollywood’s most elite celebrities and the world’s most famous socialites.

Actress Jennifer Garner was absolutely in awe of the man stating, “He loved women…and he wasn’t afraid to pull back and let them be the star of the outfit.”

His designs have been seen on Laura Bush, Penelope Cruz, Sandra Bullock just to name a very few and most recently Amal Alamuddin (Clooney) wore an Oscar de la Renta wedding dress in her wedding to George Clooney in September.

The man will be missed by many with a statement from his company’s executives which read, “While our hearts are broken by the idea of life without Oscar, he is still very much us. Oscar’s hard work, his intelligence and his love of life are at the heart of our company…We will make Oscar very proud of us by continuing in an even stronger way the work that Oscar loved so much.”

Originally from the Dominican Republic, he went to Spain to study painting but ended up designing fashion, sketches that caught the eye of the wife of the U.S Ambassador to Spain who commissioned him to make a dress for her daughter.

He quickly became one of the most sought after and well respected designers in Hollywood, specializing particularly in eveningwear.

A loved man, who was honored for his work and known for giving back to the community, he will be greatly missed.