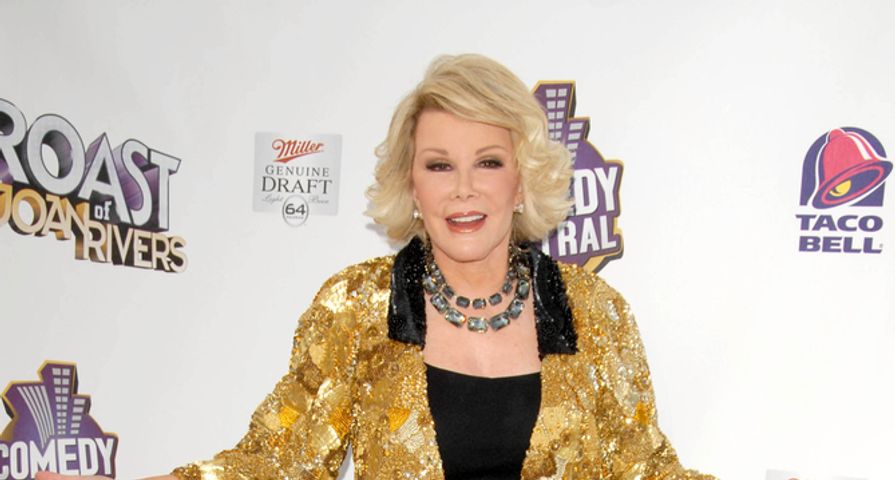 After Joan Rivers passed away on Thursday afternoon, messages of thanks and condolences swept through social media, and all the late night hosts offered a few kind words during their afternoon tapings.

Joan was a workhorse. She wouldn’t be outworked. She wouldn’t take no for an answer. Johnny Carson fell in love with her during the 1960s, when she was writing for The Tonight Show, and eventually, she became the first female to host a show on late night television as Johnny’s fill-in during his absences. Of course, her popularity eventually led to her own show, and the rift between she and Carson. Something that haunted her to her final days.

Joan was mouthy, catty and as she aged, there’s no denying she let out some of her inner curmudgeon. Her jokes could be of poor taste, and worthy of harsh criticism… but they always kept coming. Even at 81. Until she underwent the throat surgery that led to her final bow, she kept the jokes coming.

Many people didn’t know that Joan still worked some 300 days out of the year, and had been on stage doing stand-up earlier in the week that would be her last. She always stated that she wanted to die on stage. She loved it.

Check out the video below to see the touching tributes from late night’s leading men.