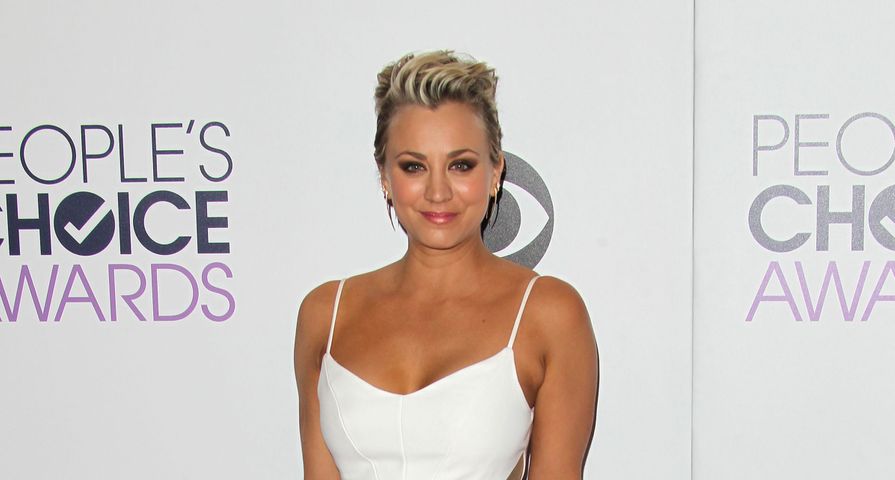 The 2015 People’s Choice Awards on Wednesday January 7 in Los Angeles was a big night for some celebrities including Ben Affleck who won the Humanitarian Award and Robert Downey Jr. who won both Favorite Movie Actor and Favorite Dramatic Movie Actor.

Of course, like all awards shows, the highlights started on the red carpet as celebrities showed off their glamorous award season styles.

Actress Gabrielle Union, 42, looked stunning in a beautiful fuchsia halter gown that was set off by a sparkling diamond necklace.

With a plunging neckline and open back, Union’s gown was the perfect mix of sexy and stylish and while she didn’t win any awards, she definitely tops the best dressed list.

Scorpion star Katharine McPhee showed off her amazing figure in a black and white crossed halter and striped skirt, “This is the first one I tried and I said, ‘This is it!'” she confessed of her sultry two-piece choice.

Kristen Bell made her first red carpet appearance since welcoming her new baby Delta with husband Dax Shepard just three weeks ago and looked adorable in a hot pink flowing dress. Her outfit was both comfortable and stylish when paired with perfectly tousled hair and shiny silver pumps — being a new mom never looked so good.

Meanwhile movie and TV actress Melissa McCarthy rocked the awards show in all sorts of way. She hit the red carpet in a classic black ensemble, hopefully giving us a glimpse at what to expect for her upcoming plus-size clothing line, and after showing off her sleek style she proceeded to win the award for Favorite Comedic Movie Actress.

The Big Bang Theory’s Kaley Cuoco-Sweeting also had a big night as she stepped out for the event in a black and white outfit with a side baring top and black flowing pants that look suspiciously like a skirt.

Also Check Out: 10 TV Shows That Get More Credit Than They Deserve

Here are your 5 Best Dressed Stars of the Night: