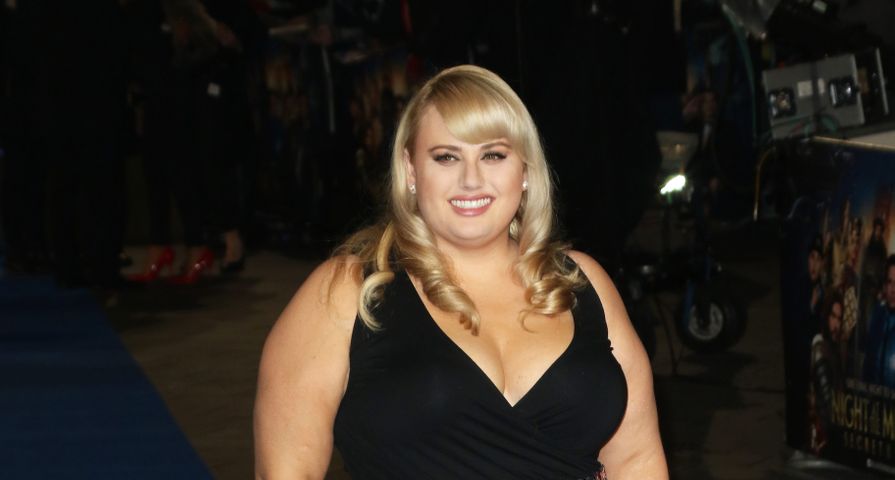 If any actress knows about doing well in comedy it is definitely 28-year old Rebel Wilson and ahead of reprising her hilarious role as “Fat Amy” in Pitch Perfect 2 she boldly states, “Bigger girls do better in comedy,” to Australia’s Daily Life.

Wilson, much like fellow comedienne Melissa McCarthy, has excelled so much in comedic movies over the past few years that she has quickly become one of the most highly sought after actresses for these types of films.

“I took something that was seen as a disadvantage – no one thinks, if you’re fat, that you’re going to be an actress and everyone’s going to love you – and turned it into a positive,” Wilson stated of her non-stick-figure frame.

As for why “bigger” girls do better in comedic roles, Wilson says she isn’t sure but it has something to do with personality. “I don’t know why. Maybe because people find it easier to laugh. It’s very hard to laugh at someone who’s very attractive, I think. And normally those people don’t have a great personality anyway.”

She also admitted she isn’t completely numb to the pressures of Hollywood but also knows what’s realistic for her. “I do have these dreams, like, ‘What if I just went to a health farm and lost 50 kilos? What would happen? Would it affect my career?’ But then I think, that’s never going to happen.”

The highly anticipated Pitch Perfect 2 is scheduled to hit theatres May 15, 2015.