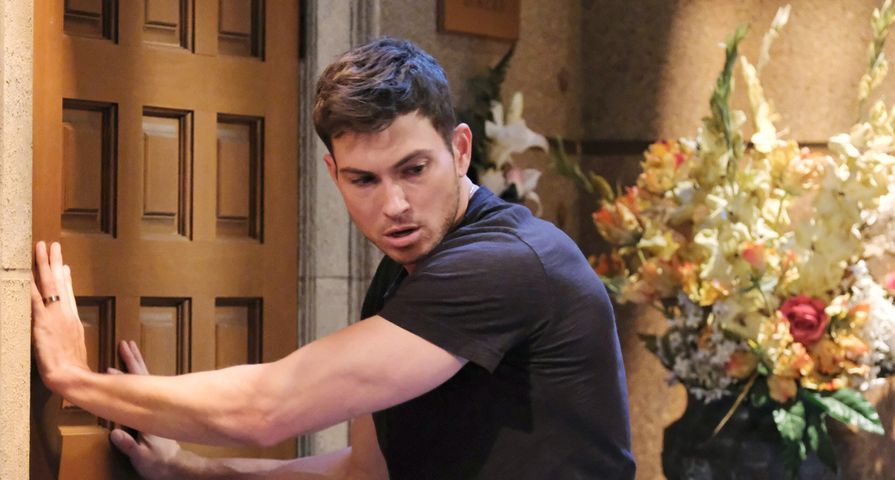 Less than a month after Robert Scott Wilson announced his departure from Days Of Our Lives (DOOL), he’s already returning in a new role. Beginning on July 26, 2022, Wilson will debut as Alexander Kiriakis.

Wilson left the NBC soap alongside actress Victoria Konefal in early July, as their characters, Ben and Ciara Weston, moved out of Salem. But even then, rumors swirled that Wilson would stay with the cast.

“I got a great phone call, five or six months ago, about some changes coming, and long story short, I turned myself into Alex Kiriakis,” Wilson revealed.

Since Konefal has been rather outspoken about her desire to avoid a contract with DOOL, it makes sense that head writer Ron Carlivati and Wilson began planning the return of Alex Kiriakis many months ago.

So why couldn’t he return as Ben, the reformed serial killer who became a fan-favorite good guy?

“The couple is so popular, you want them to have a happy ending,” Carlivati said of Wilson and Konefal’s characters to Soap Opera Digest. “But then that involved writing Rob off the show, who doesn’t necessarily want to leave.”

As for Wilson, he’s excited about the opportunity to reinvent himself as a new character – although it took some time to feel out the change.

“If I’m doing daytime, I really love playing Ben,” Wilson acknowledged. “Then I got a phone call about this opportunity, and when he explained it to me, I got so excited.”

“And then the first scripts came, and I got more excited,” the star continued. “And then, as I understood what they were doing with this character, it’s been just the biggest breath of fresh air I could ever imagine.”

“I’m having more fun than I think I’ve ever had on any projects,” he added.

Alex Kiriakis hasn’t been on the DOOL canvas since 1991, when the role was played by Jonathan Thornton. So we’ll have to tune in to find out why he’s returned to Salem!