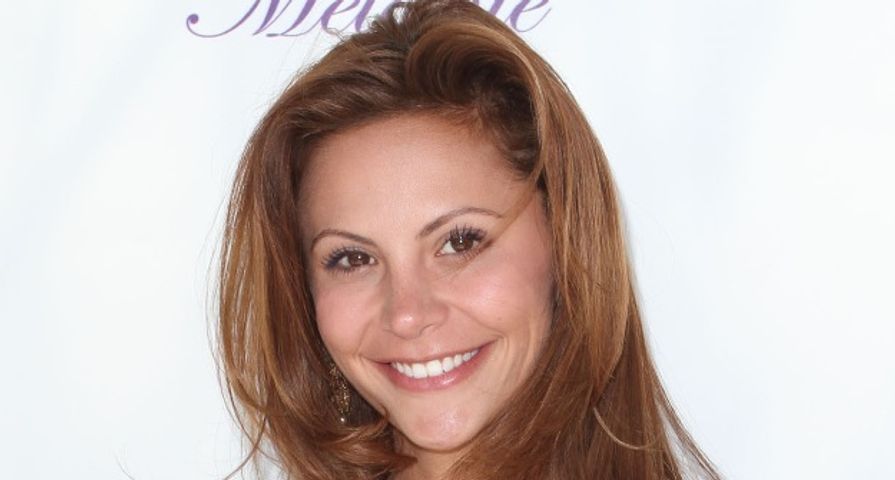 Reality TV star Gia Allemand who competed on the Bachelor for Jake Pavelka’s love in the 2010 season was found dead in her home in August 2013 after committing suicide by hanging at the age of 29.

It was her then boyfriend, NBA player Ryan Anderson, 26, who found Allemand and rushed her to hospital where she passed away a day later.

Since the tragedy just over a year ago, Anderson has never spoken in-depth about the events surrounding her death or how it has affected him although he did take some time off from basketball after the incident.

In an issue of Sports Illustrated magazine that will hit shelves November 17, 2014, Anderson gives rare details about his devastating loss and the journey back to getting his life on track.

Anderson revealed that before her death, he and Gia got into quite a big argument while on a lunch date after Allemand accused him of cheating.

Anderson admits he then said things to Gia that he now regrets including that he told her he didn’t love her anymore before dropping her off at her house and leaving.

Not long after, Gia’s mother called Anderson telling him she was on the phone with her daughter when she attempted suicide.

He rushed back to Gia’s house where he found her along with a note that read, “Mom gets everything.”

After the tragedy Anderson shut down and beat himself up for treating Allemand that way when there was obviously something deeper wrong but he stated he did not see any warning signs.

As a devout Christian, Anderson turned towards the bible and moved back in with his parents as he tried to make sense of it all but he could not sleep alone and was forced to eat by his mother.

While Anderson seemingly placed blame on himself, Gia’s mother blamed Gia’s father, Eugene Allemand, because he texted Gia mean things after she did not send a Mother’s Day card to her grandmother.

“I regret what I said. They can blame me, but I don’t blame myself at all. Unfortunately my daughter needed professional help. She must have had demons inside,” Eugene stated.

Gia’s mother, Donna, also stated that her daughter always had a severe distrust of men, “All she wanted was to be loved. When it came to relationships, she always felt men would abandon her.

Anderson and Gia met in the Bahamas in 2011 after Gia made it to the final three girls on her season of The Bachelor.

After a long emotional recovery as well as a physical recovery from a neck injury, Anderson is back on the court with the New Orleans Pelicans and is now a spokesman for suicide awareness and prevention.

“I’m not overjoyed that I have to talk about the most painful experience of my life, but either I become that face or I tuck away in a corner and I let this rule over me,” Anderson stated about talking about the tragic event.