Snooki Is Married – See The First Kiss And All The Pics 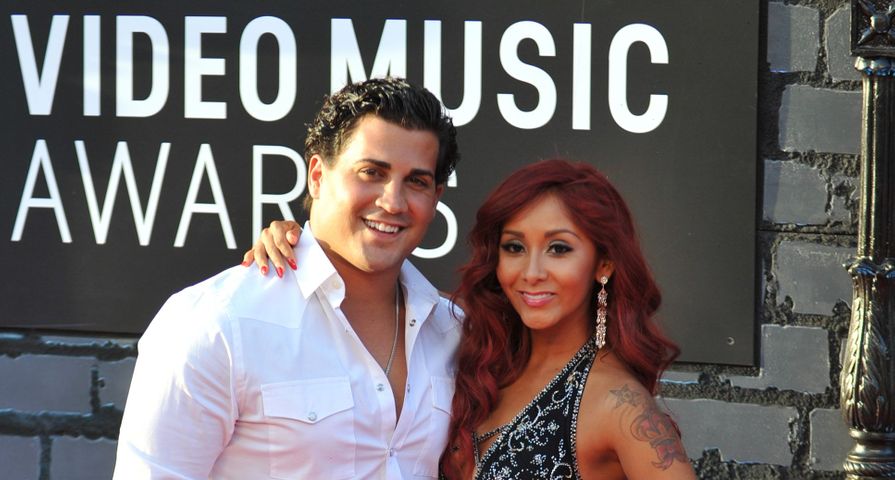 The pair wed at the Venetian in Garfield, New Jersey on Saturday November 29, surrounded by friends and family, including Jersey Shore castmates.

Snooki mixed classic with modern in her Great Gatsby themed celebration which included a bouquet studded with jewels and a classic long embroidered gown complete with veil that can be seen in an Instagram picture that she shared after big day with the caption, “Waking up today Mrs. Nicole Lavalle.”

The tiny star also took to her Twitter account to share her excitement by changing her bio to, “Proud, WIFE & Fit Mom of 2 gorgeous nuggets,” she also wrote, “IM MRS. LAVALLE,” just hours after the ceremony, and later on in the early morning tweeting out, “I love my husband. -love, Nicole LaValle.”

The bride changed into a more glamorous fit and flare gown complete with jewelled headband and gloves for the reception party afterwards.

Best friend Jenni “JWoww” Farley was of course a bridesmaid along with Deena Cortese and Sammi Giancola who all wore strapless black gowns complete with silver headbands to fit the Gatsby theme.

Also in attendance were JWoww’s fiance and baby daddy, Roger Mathews along with Jersey Shore’s Ronnie Magro and Pauly D but it seems both Vinny Guadagnino and Mike “The Situation” Sorrentino were not present.

Snooki and Jionni began dating in 2011 and became engaged in March 2012 before welcoming their first child, Lorenzo Dominic in August 2012. The couple most recently welcomed their first daughter, Giovanna Marie in September 2014.

Check out all the pics from the big day in the video below: