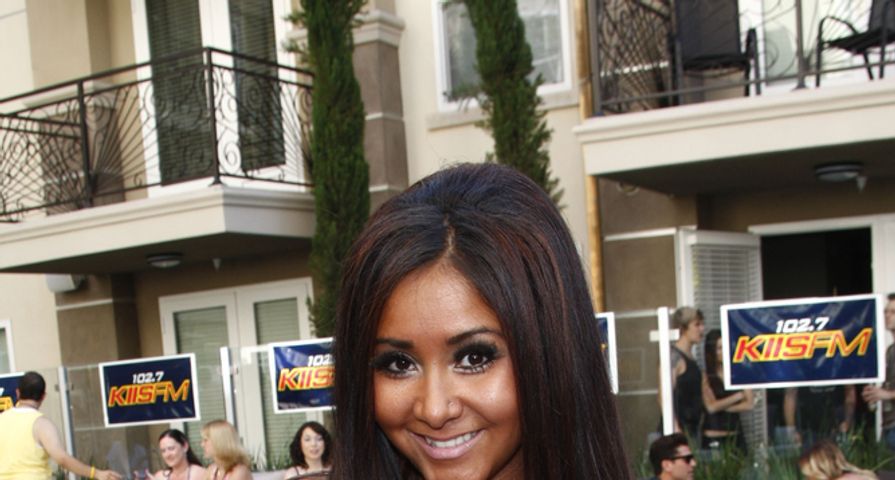 The phrase “post-baby body” has become a scourge for women everywhere, establishing unrealistic expectations for women who struggle to lose pregnancy weight. MTV reality star Snooki (aka Nicole Polizzi) recently added to those crazy expectations with a post-baby body selfie she posted to social media and then deleted.

In the shocking photo, Snooki wears a tank top and tight workout pants, and although the tank is a bit loose, she doesn’t look at all like she just had a baby. And that’s the most shocking part of all: Snooki gave birth to her second daughter, Giovanna Marie Lavalle, just over a week ago. Check out the video to see Snooki’s photo!

“Six days post partum. Long ways to go, but working out throughout my pregnancy has definitely helped my body snap back quicker and recovery time more faster,” she wrote as a caption, breaking a few grammar rules in the process.

Perhaps she deleted the photo because people criticized her for setting unrealistic expectations for other women?

Snooki has changed a lot since her days on Jersey Shore; she lost about 40 pounds and has chronicled her exercise habits via social media, even while pregnant. “My first pregnancy, I didn’t do anything. I just sat and ate on the couch and I was literally a whale,” shes aid in an interview. “I was so negative, ’cause I just didn’t feel good at all. With this pregnancy, I’m working out and eating healthy. I feel better about life.”

The 26 year-old gave birth to her first child, son Lorenzo, back in August 2012, five months after Jionni Lavalle proposed.

Check out the video to see the shocking pic:

Also Check Out: 10 Hollywood Moms Who Lost The Baby Weight The Fastest!