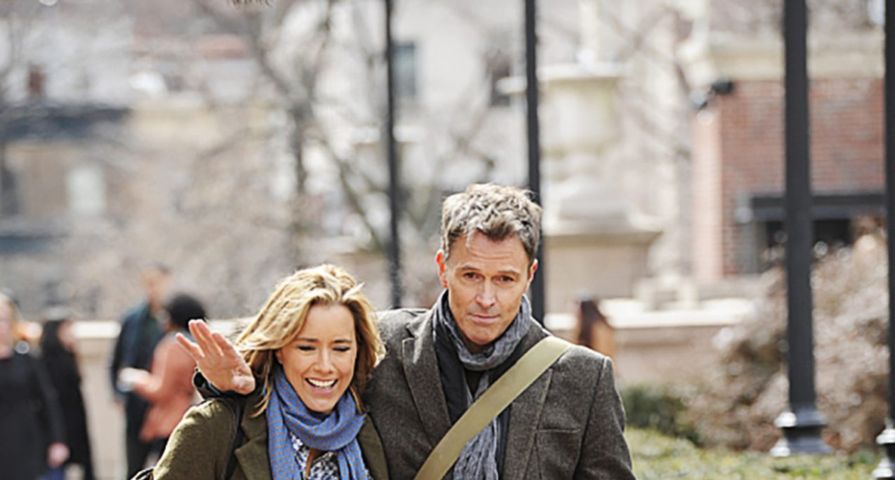 Chemistry between co-stars is a must for anyone casting films and movies and, because of that chemistry, translating off-screen as well as on, we as fans are getting used to hearing about couples who came together in real life after playing the role of lovers on camera.

Stars such as Channing Tatum and Jenna Dewan Tatum found love off-screen after being cast together and Brad Pitt even ended his marriage with Jennifer Aniston after coupling on-screen with present wife, Angelina Jolie.

Now Madam Secretary stars Teo Leoni, 48, and her TV husband, Tim Daly, 58, are dating for real and have been apparently a couple since this summer when they had already begun filming the show.

“Their chemistry on set is electrifying. They have an amazing time filming,” a source told Us Weekly magazine.

Leoni’s new romance comes a few months after her divorce from husband David Duchovny with whom she has two children.

Leoni and Duchnovy were married in 1997 but confirmed they had separated in 2008 which many assumed was due to Duchnovy’s well known sexual addiction.

The pair ended up reconciling but had broken up again in 2011 and as mentioned the divorce was finalized in the summer of 2014, after 17 years of marriage.

As for Daly, he has done nothing but sing the praises of working with Leoni and now it seems we know why. Daly divorced from his wife of 28 years, Amy Van Nostrand, in 2010.

Also Check Out: 10 On-Screen Costars Who Married In Real Life