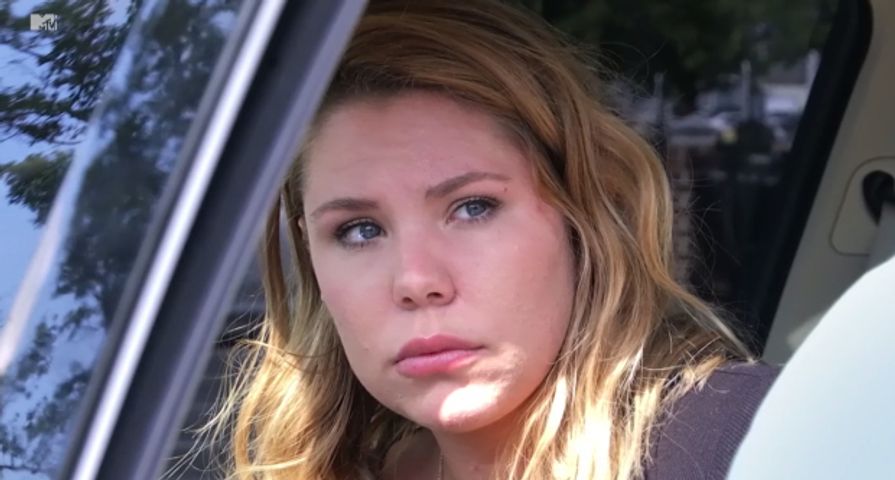 Just as it seemed that Kailyn Lowry and Javi Marroquin were ready to try to be friends for the sake of their son Lincoln, the Monday, February 27 episode of Teen Mom 2 revealed it was anything but friendly between the two exes. Meanwhile Leah’s ex Jeremy gets engaged and there is an arrest warrant out for Chelsea’s ex.

In this season of Teen Mom 2 particularly, it has not gone unnoticed that while many of the moms are battling drama, Chelsea is living a happy life with her fiance Cole, her daughter Aubree, and they are all awaiting Chelsea and Cole’s baby. This episode saw Cole and Chelsea go to get a sonogram and it revealed they were expecting a little boy, who we all know now is their son Watson. There was some drama though as it was discovered that there was a warrant out for Adam’s arrest after he refused to pay child support to both Chelsea and Taylor, the mother of his other daughter.

Things were much more dramatic for Kailyn as she and Javi began their custody battle over their son Lincoln, and right away Kailyn was refusing the 50/50 split that Javi wanted. She went on to tell Javi that she would agree to it if he would agree just to cancel mediation and sign some papers, but it once again turned into a fight over who Kailyn has been with since Javi was deployed. This episode was finally the one that was teased in the trailer for the season where Javi confronts Kailyn in a parking lot about sleeping with another man while he was away, and the concerns were well-timed considering in the present Kailyn just confirmed she is pregnant with her third child from an unnamed man.

For Leah, all the drama also surrounded her ex, Jeremy Calvert, after Leah complained to friends that he was a very hands-off parent when it came to their daughter Addie and never really wanted to see her. When the pair met up for Leah to pick Addie up again, Jeremy then dropped his big news that he is engaged, and Leah handled it surprisingly well and just tried to give him some advice after going through two divorces herself.

Meanwhile Jenelle Evans also had an ultrasound but was more focused on her deposition in her custody case against her mom Barb. Jenelle had some interesting takes on how the whole thing was going to go, stating she thought she would get a favorable ruling because the judges knew her from her extensive past in and out of the courts and jail. Jenelle also posed the possibility that Barb only wanted Jace so that she could still get money from the show, but at the same time Barb got emotional when she said she worried what would happen to Jenelle and the kids if the show got canceled and Jenelle lost her income from the series.