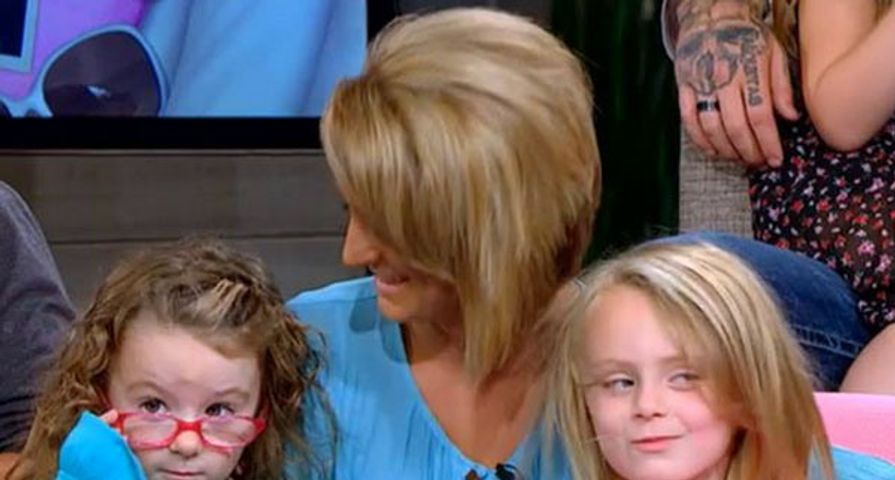 The Teen Mom 2 ladies might not be teens anymore but that doesn’t mean the drama has slowed down. The Monday, February 13 episode saw even more drama with exes that the show has been dealing with all season especially between Kailyn and Javi. Meanwhile, Jenelle thought her spiteful ex Nathan was actually still trying to be with her!

While Kailyn and Javi have been non-stop fighting for almost this entire season, but the most concern now has been for her son Isaac who took their split especially hard. In an attempt to make Isaac feel better, Kailyn made more of an effort with her other ex, Isaac’s dad Jo. While things were better between Kailyn and Jo, they certainly weren’t between Kailyn and Javi, and then Jo was confronted by his girlfriend Vee who wanted him to lay out a fixed custody agreement with Kailyn because Kailyn “changes randomly.” She added that she also didn’t like that her life with Jo was kind of based around Kailyn.

Meanwhile even though she was pregnant, Chelsea Houska went ahead with her bachelorette party as she and some of her best friends took off for a trip. Unfortunately for Chelsea the one thing she requested from her friends was that they keep the gender of her baby a secret, but that didn’t last very long before they let it slip Chelsea was having a boy. Of course now everyone knows that is true as Chelsea and Cole welcomed their son Watson in late January.

In more unhappy matters, Leah Messer had a difficult episode dealing with her daughters’ health. Leah and her ex Corey have constantly dealt with their daughter Ali’s rare case of muscular dystrophy and the fact her health is slowly deteriorating, but in the episode Ali’s doctor suggested her twin Aleeah may have the gene as well, causing Leah to worry like never before. “The possibility of her even having it is worrisome to me,” Leah said.

As for Jenelle, her whole part of the episode oddly surrounded the fact she was convinced her ex Nathan Griffiin wanted her back. Jenelle thought that because Nathan had asked her to talk about co-parenting their son Kaiser and how best to discipline him and make the transition between houses easier. Later on she said that Nathan had also called a friend of hers and talked about how he and Jenelle might get back together, and then after getting a nasty text from Jenelle’s boyfriend David, Nathan even admitted he was “jealous” that their relationship worked out when his didn’t. He did add, however, that he would never want to be back with Jenelle, not even “in a million years.”