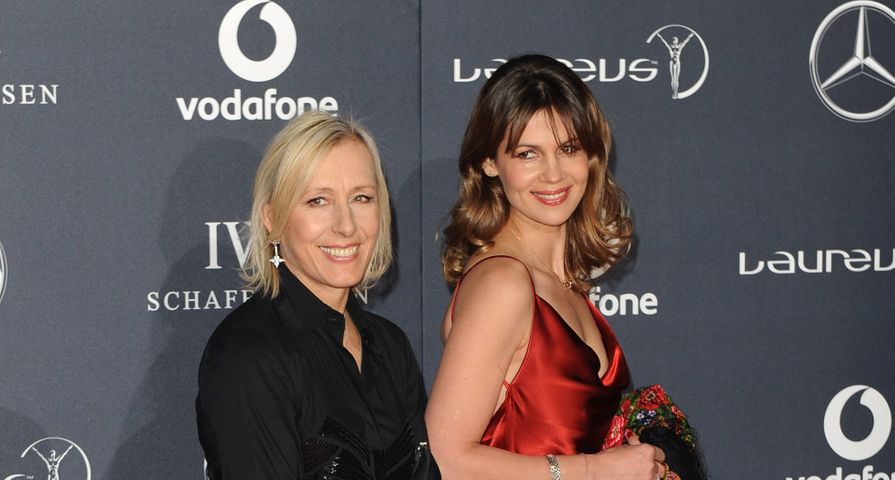 Tennis star Martina Navratilova, 58, and her longtime girlfriend Julia Lemigova confirmed that they finally got hitched on Monday December 15 in New York City.

Shortly after they made it official, the newlyweds spoke to BBC News from their hotel room at the Peninsula hotel and discussed how they felt after such a big event in their lives.

“I’m 58 years old, and I got married for the first time. It’s about time, right?,” an emotional Navratilova stated while also commenting that it was “really odd” and she was “terrified.”

The pair had been dating since 2008 and just this past summer Navratilova proposed to her longtime girlfriend in front of everyone at the US Open.

“I was so overwhelmed and completely surprised, but I would expect nothing less from Martina,” Lemigova stated of the big moment.

It wasn’t until after it all happened that Navratilova admitted that wasn’t her plan really, “Originally it wasn’t the idea to do it at the U.S. Open, on the Jumbotron and all that, but then it was, ‘Why not? I’ve seen it in movies!’ And it all came off, everything worked out perfectly!”

Now that they are officially married, the former tennis star will also become stepmother to Lemigova’s two daughters from a previous relationship and Navratilova confessed that Lemigova’s youngest daughter had been “badgering” her to propose to her mother for quite a while.

While it is a huge day personally for both women, it is also big for Navratilova as she has always been an outspoken advocate for gay rights and was one of the first athletes to come out, which she did in the early 80’s when the topic was even more controversial than today.

Also Check Out: 9 Gay Celebrity Couples Who Are Finally Married