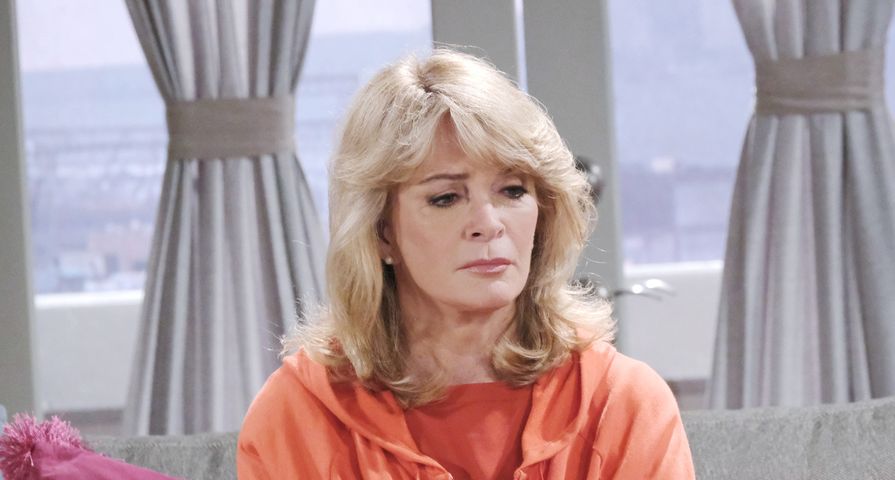 Well, this should surely go down as one of the most memorable character returns of all time!

Days Of Our Lives (DOOL) has pulled off some wild storylines over the years, but none are as over-the-top or epoch defining as when Dr. Marlena Evans (Deidre Hall) was possessed by the devil. The scenes in which the good therapist flashed glowing eyes and levitated from the bed have become both legendary and notorious, depending on who you ask.

On Monday, September 13th, NBC released a teaser trailer that suggests that Satan, or at the very least some supernatural evil, is returning to Salem. More specifically, the spirit appears to be heading to Brady’s Pub!

“Something wicked this way comes,” reads a caption as the lanterns outside the pub briefly turn into supernatural eyes.

In a statement, DOOL provided a refresher on this most sinister of storylines.

“The original story began in 1994 when the wicked Stefano DiMera began hypnotizing Marlena, his ‘Queen of the Night’,” the statement reads. “The hypnosis, meant to make her fall in love with him, left her open to demonic possession and ultimately led to Marlena becoming possessed by the devil.”

“Later that year (on Christmas Eve) in one of the most memorable moments in American pop culture history, Marlena levitated. The story continued through 1995 and concluded that summer when John Black, her now-husband who was thought to be a priest at the time, had to perform an emergency exorcism.”

Although there’s no telling whether Satan will pick on Marlena again or find himself a new host, DOOL promises that we won’t have to wait long to find out.

“When DOOL revisits the storyline this fall, fans can look forward to twists and turns you’d never suspect as well as familiar faces returning to save the day (or not),” the statement concludes. “This time around, the devil knows no bounds and no one in Salem is safe!”

Years after the storyline first aired, DOOL’s executive producer, Kevin Corday, spoke to EW about the genesis of this memorable story arc.

“It was supposed to last three months, starting somewhere around Halloween and ending with a Christmas miracle,” Corday continued. “And [Reilly] dragged it into Easter, and he ended it literally with John Black just standing over her saying one Our Father.”

“People remember because the effects were so strange,” Corday added. “Here’s this wonderful goddess of beauty, wisdom and light, and she’s floating around with green eyes doing horrible things.”

While many soaps fans would counter that the storyline is memorable for more than its special effects, we’ll all get to see what a Salem possession in 2021 looks like soon enough!

A post shared by Days of our Lives (@nbcdays)