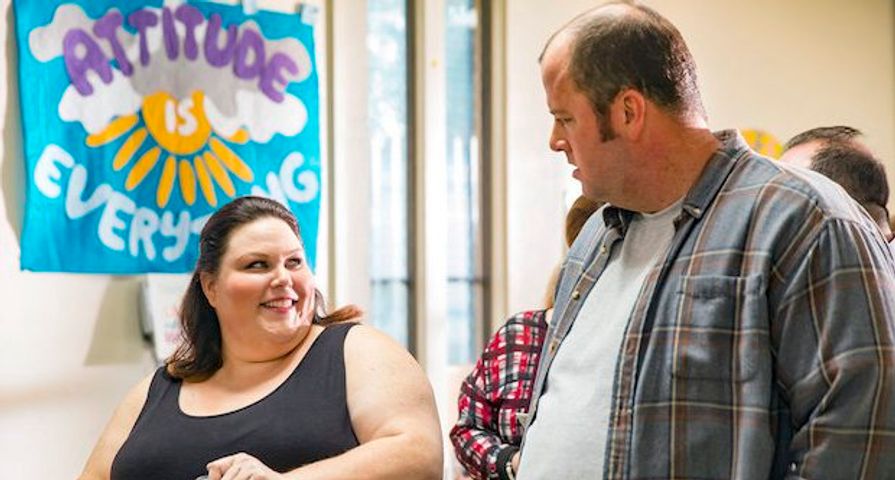 Fans of the hit new series This Is Us offers audiences a lot to keep up with. A lot of storylines, a lot of wonderful characters and a lot of relationships, but one of the most prominent in season one was between Kate Pearson and Toby.

Now that season one has come to an end, fans are already looking ahead to season two, and it seems so is star Chrissy Metz who portrays Kate on the show. There is a lot that we want from the show’s next season, but Metz has one request in particular for her character and Chris Sullivan’s Toby. “When are they going to have sex, guys? On screen.”

The 36-year-old actress, continued, “I want it on screen — I guess it’ll offend people, still. But fat people do have sex, for the record.”

For the first season This Is Us focused most on romance rather than hot and heavy scenes, except for that birthday suit shot from Milo Ventimiglia’s Jack Pearson, and for right now Metz has her real-life relationship to focus on.

The actress revealed she is dating Josh Stancil who also works on the hit series in the camera department, and after they met on set and began dating, he even offered to give up his job and work on another show if it made it easier for them as a couple. Luckily, that didn’t have to happen, but he may want to be working elsewhere if Metz gets her wish for on-screen sex scenes in season two!