Tori Spelling And Dean McDermott Are A United Front In NYC 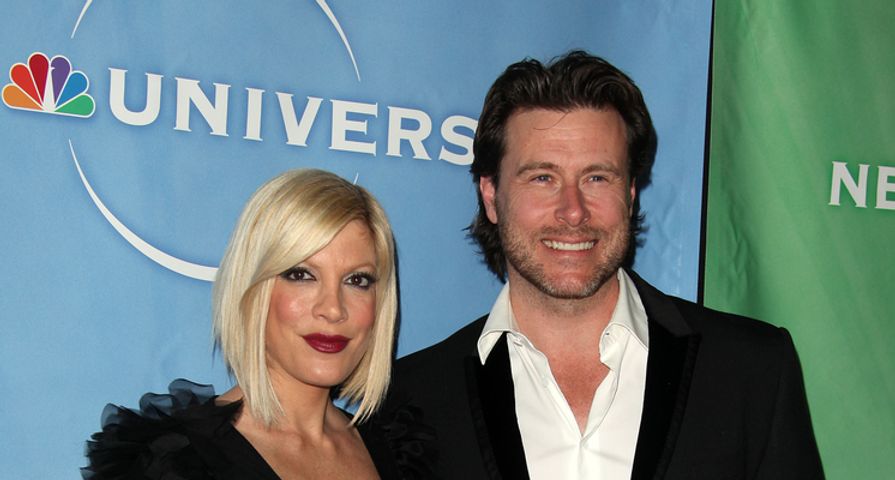 Tori Spelling and Dean McDermott have been through a lot lately and while most of their drama is seen on the show, True Tori, a lot has happened off-screen.

While their marriage has been on the rocks for quite awhile, it seemed to have finally come to an end after Dean announced he no longer wanted to be a part of True Tori.

The two did their best to once again silence rumors of a split as they appeared as a couple in New York for an interview on Today with Hoda Kotb and Kathie Lee.

Dean did not appear on camera, but Tori answered many questions about her hubby including his treatment of her while she was hospitalized with pneumonia last month.

“Dean was amazing […] He was by my side daily. He proved it, he was taking care of four kids, he really stepped up. He has, in a big way,” she proudly stated.

While Dean was there for his wife during her illness, Tori briefly commented about her mother Candy Spelling, who Tori is reportedly feuding with saying she didn’t hear from her mother at all while in the hospital.

Even though Dean announced he quit the show, it doesn’t seem like it will be the end of the series as Tori plans on continuing with it.

“I personally like doing it, for me it works. It’s individual. I know it’s not for everyone […] I came from a family that didn’t talk about emotions. We repressed things. This was a vehicle for me to feel like a safe atmosphere where I could share. It’s cathartic. It’s therapy for me,” Tori explained.

While Dean was backstage for Tori’s interview on Monday November 17, he will be on Today on Wednesday November 19 and will hopefully explain about his decision to quit True Tori which was revealed in an interview where he also opened up about contemplating suicide.

Also Check Out: 9 Celebrities Who Should Never Have Done Reality TV