Tori Spelling Breaks Down After Meeting With Ex-Husband – Watch 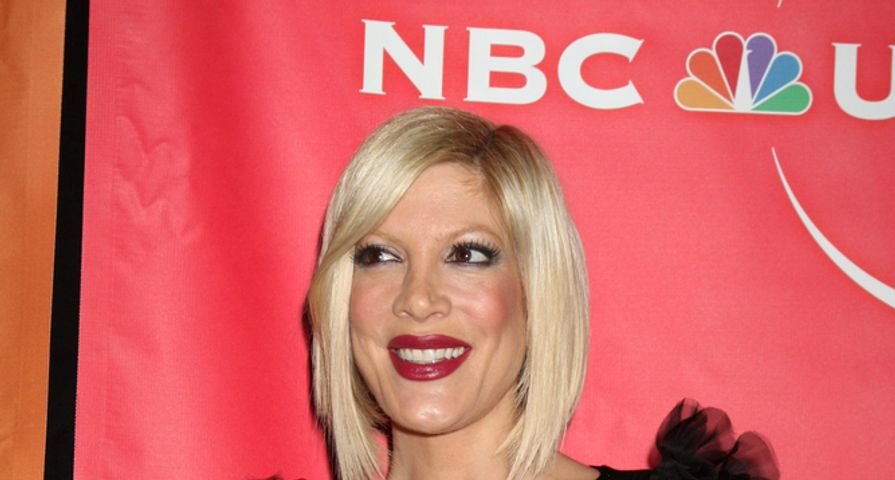 Reality star, Tori Spelling, is becoming very well known for her dramatics especially as it doesn’t take much for her to burst into tears.

While trying to deal with the fact that her husband, Dean McDermott, cheated on her, she is also struggling with financial issues and was recently hospitalized for pneumonia although speculation suggests she had a breakdown.

Add all of that to the fact that it is all playing out on her show, True Tori and it is hard to know what is put on for the cameras and if the cheating story is even true.

What is true however, is that both Tori and Dean started their relationship while married to other people and on an upcoming episode of True Tori, she finally meets up with the man she cheated on.

In the episode that airs on Tuesday, after eight years, Tori meets up with ex-husband Charlie Shanian.

Of course the meeting dredges up feelings and tears for Tori who says to Dean, “I just feel like lost. It felt like family, someone that knew you so well. When I left I just suddenly felt really alone and I don’t know why. I regret the way I handled things, obviously. That’s a good man.”

Knowing that Tori is probably regretting leaving “a good man” for a cheater, Dean asks, “Does seeing him and remembering what a good man he was, does it bring up more anger towards me and resentment for what I did?”

To which Tori replies “a little bit.”

Scenes such as this amid Tori’s other issues, including blow-up fights with Dean even over something like a baked potato certainly make it seem that the relationship is close to being over.