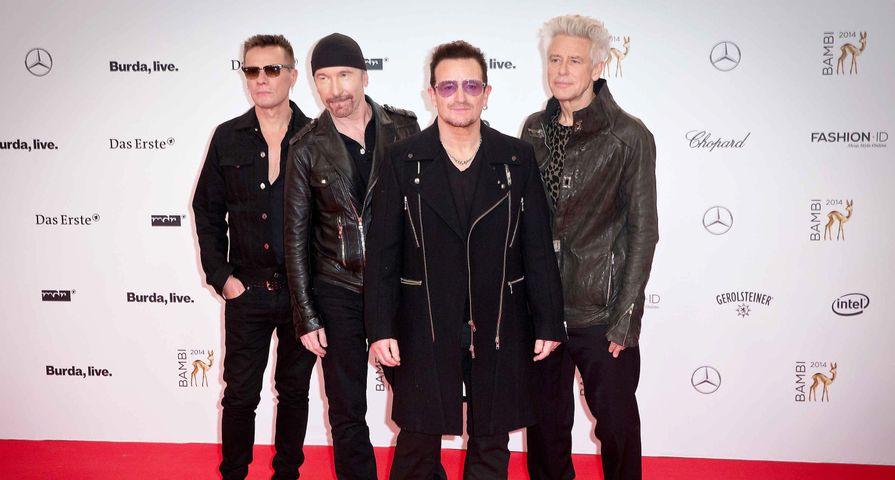 Legendary rock band, U2 have had to cancel an upcoming gig following a biking accident involving their frontman, Bono.

Just a week after a plane Bono was travelling on lost a compartment door, causing a scare in the air and some lost luggage, more bad luck has befallen the singer.

Although details around the incident have not been released, it appears Bono was biking around Central Park in New York City when he had an accident that is now requiring him to get surgery on his arm.

Due to the severity of his injury, the group has had to cancel a week-long residency on The Tonight Show with Jimmy Fallon to promote the band’s new album, Songs of Innocence.

On their website, the rest of the group, The Edge, Adam Clayton and Larry Mullen Jr. announced they will not be carrying on without their lead man.

“It looks like we will have to do our Tonight Show residency time, we’re one man down. Bono has injured his arm in a cycling spill in Central Park and requires some surgery to repair it. We’re sure he’ll make a full recovery soon, so we’ll be back! Much thanks to Jimmy Fallon and everyone at the show fro their understanding.”

This promotion of their album comes shortly after the failure of the album’s free inclusion on iTunes, which they ended up apologizing for after outrage from users.

“I’m sorry about that. I had this beautiful idea and we got carried away with ourselves,” Bono stated in a question and answer segment on Facebook.

Also Check Out: The 10 Most Horrific Celebrity Car Accidents