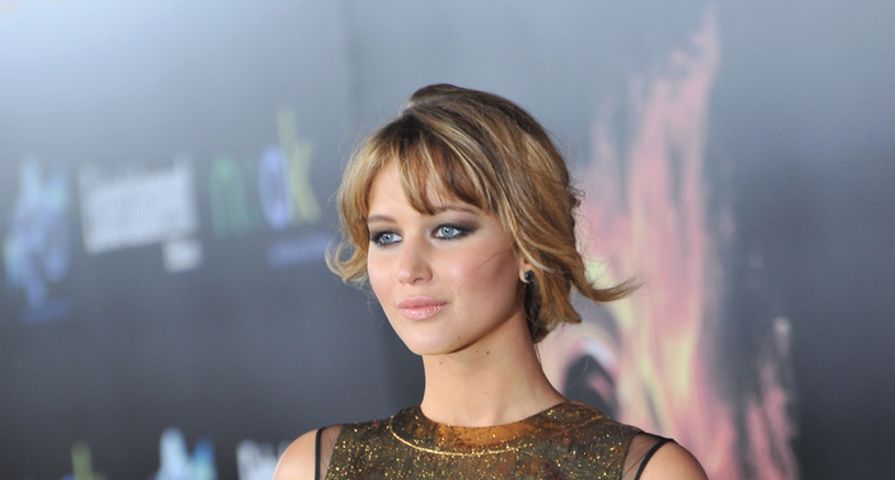 On the 2014 Golden Globes red carpet last night, the 23 year-old actress made funny faces at Taylor Swift while the singer was being interviewed by E!’s Ryan Seacrest.

Ryan finally noticed Jennifer’s antics and asked Taylor if she knew Jennifer, who then came up onto the platform to join the interview.

“I was gonna push you down the stairs,” Jennifer joked. “She’ll crack up.”

“She’s so funny,” Taylor said as she turned to leave — but then Ryan asked Jennifer if she had ever been to one of Taylor’s concerts, and Jennifer responded, “No, she’s never invited me.”

“I have so many times,” Taylor insisted. “She did watch the CMAs, though.” Taylor went on to talk about the text message she received from Jennifer about the country awards show — check out the video to see the details!

Jennifer continued her goofy and charming antics at the Golden Globes ceremony, where she picked up a Best Supporting Actress statue for her performance in American Hustle.

“I don’t know why it’s so terrifying,” she said after thanking director David O’Russell and her fellow cast members and nominees. “It’s obviously a good thing. I don’t know why I’m so scared.”

Check out the video to see Jenn and Taylor’s encounter: