We Weigh In: Will Days Of Our Lives Have A Future If It Keeps Repeating The Past? 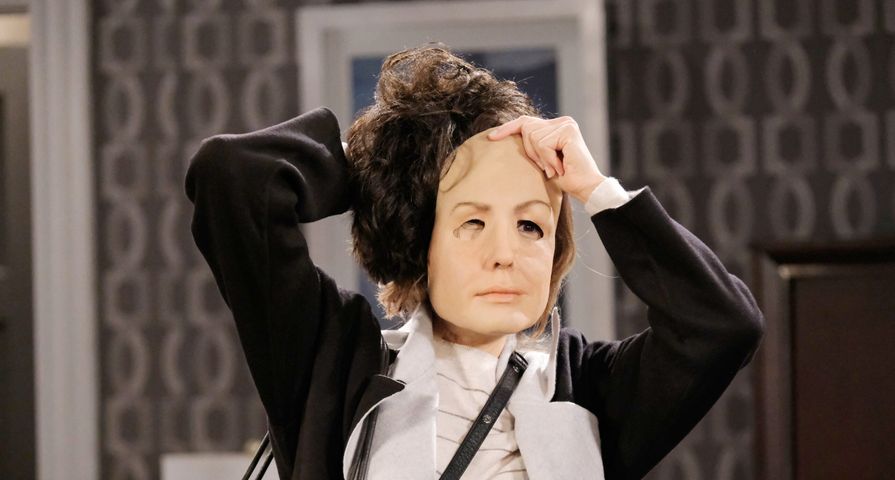 Days Of Our Lives (DOOL) is approaching an auspicious anniversary. Last spring, the NBC soap landed a two-year contract extension. The renewal was heralded by Salemites and viewers alike, putting to bed lots of uneasy speculation about the soap’s future.

At the time of NBC’s decision, executive producer Ken Corday and head writer Ron Carlivati made a lot of noise about storylines that would “blow the audience away”. To their credit, they’ve pulled a lot of head-turning stunts since then, but have they attracted any new viewers?

As we approach the one-year mark of DOOL’s renewal, Corday and Carlivati’s promised storylines have arrived. And what are we getting? Old twists in new gift wrap: more of the Devil, more deserted islands and more masks.

Want spoilers? Check out Days Of Our Lives Spoilers For The Next Two Weeks (January 24 – February 4, 2022)

Despite multiple brushes with cancellation, DOOL are not tweaking their formula in a bid to attract a new audience. Instead of pushing their storylines into fresh territory, they’re squeezing the same fantastical pulp of previous seasons.

Surely, a soap opera that has been running for 57 years can’t be blamed for revisiting the past, especially when audiences enjoy looking back through the ages of the Horton, Kiriakis, Hernandez, Brady and DiMera families. Unfortunately, DOOL’s doubling down on familiar tropes is conjuring up familiar ratings, as the soap remains well below its daytime peers.

Recycling the Devil storyline, which Corday codenamed their “nuclear bomb” last summer, is surely the most audacious move of the bunch! Back in 1994, producers enlisted writer James E. Reilly to garner the soap a new audience. Reilly answered the call by having Dr. Marlena Evans possessed by the Devil; a move so preposterous, it became a pop culture touchstone of ’90s nuttiness.

The gambit worked, too. DOOL received a surge of interest that encouraged the soap to extend Marlena’s exorcism to Easter of the following year. The numbers even emboldened Reilly to create Passions, which lasted for nine seasons.

Sadly, the Devil’s return in 2021 has not led to a similar surge in viewers. In fact, the most-watched episode of the past four months – which encompasses the Devil’s whole return – was on Christmas Eve. But, why Christmas Eve?

Did that spike in viewership occur because fans wanted to catch the Horton family putting ornaments on the Christmas tree? Or, did it happen because spoilers teased that the Devil would be defeated, and everyone wanted to see it end? Either way, the ratings have since dropped off again, and Satan will probably be around until Easter… again.

Want plotline predictions? Check out Days Of Our Lives Plotline Predictions For The Next Two Weeks (January 24 – February 4, 2022)

As the Devil showcases new talents through his new host, Johnny DiMera, viewer fatigue is setting in. DOOL has never been overly concerned with addressing plot holes, but the show could at least try!

For example, if Satan has mind control powers over people he is not currently possessing, two questions: A) Why didn’t he use them in the past, and B) How can anyone in Salem possibly defeat him? These are silly questions we have to ask ourselves, as DOOL fans.

Amidst all of this supernatural drama, Corday and Carlivati are bringing back other plot devices that have been obsessively used over the soap’s history: namely, deserted islands and masks.

Want more spoilers? Check out Days Of Our Lives: Spoilers For Winter 2022

At present, Abigail is being sent to Kristen DiMera’s deserted island, where Sarah Horton (and possibly more captive Salemites) are being held. While it doesn’t reek of storyline revision the way Melaswen Island did, it’s more of the same old, same old.

And as if the Devil transforming into different people wasn’t convoluted enough, masks have returned after a courageous seven-month reprieve. Ava has masks of Sarah and Gwen so far; masks that apparently change one’s height, body shape, and voice. Can we really trust that anyone – including Ciara and Ben’s unborn baby – will be who we think they are?

Outlandish storytelling isn’t a problem, unless it’s perpetuating DOOL’s low ratings. Right now, the ratings are solidly in line with last year’s numbers, but as Deadline reports, distributor Sony Pictures TV weren’t over the moon with those numbers – especially in that advertising time slot. So, is this parade of been-there-done-that plot twists really the key to getting renewed beyond 2023?

As viewers, we can only hope they know what they’re doing. DOOL has such incredible talent, both in front of and behind the camera. In our Daytime Emmy picks for 2021, we selected it to win for the category of Outstanding Drama Series. (It lost to General Hospital.)

However, if the soap wishes to stay on cable television (and not transition permanently to their streaming platform, Peacock), producers and writers had better change their tactics. Rehashing old storylines is keeping this soap at the bottom of the pack, so let’s hope this old dog learns a new trick… and soon!