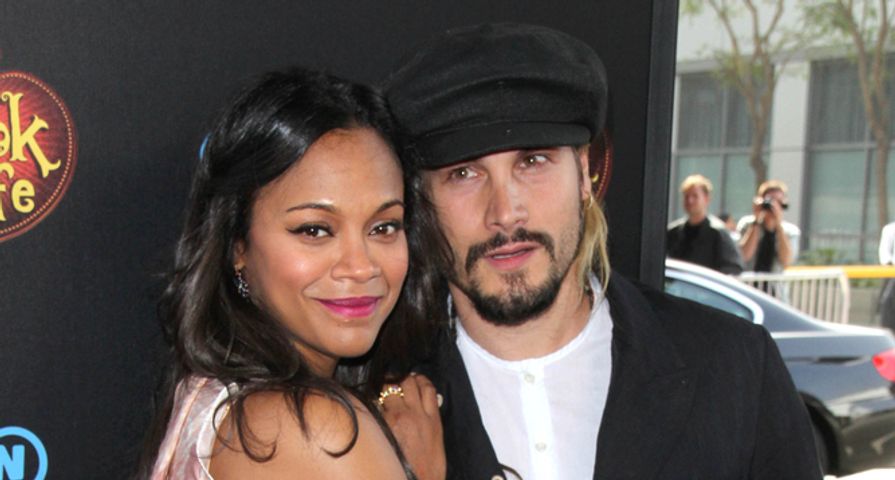 Zoe Saldana has gone from having no kids to having two!

Zoe gave birth on December 8th, but news outlets have not been able to confirm the news until now,. E! News reports that a source confirmed that Zoe “had her twins” and that Zoe and Marco “are both so excited.”

“They are surrounded by family and friends. All that matters now to Zoe and her husband is that the babies are healthy,” the insider added.

Other celebs just can’t keep themselves from talking about Zoe: Designer Prabal Gurung also posted a message of congratulations to Zoe on Instagram, and the news first slipped when Britney Spears (Zoe’s Crossroads co-star) talked about Zoe’s pregnancy in an interview.

The actress kept working throughout her pregnancy, promoting Guardians of the Galaxy and The Book of Life.

She also told late night host Craig Ferguson that she wanted to be sexy while pregnant. “Usually I’m…an activist and [a supporter of] women’s rights. I’m like, ‘Excuse me, do not objectify me!’ or whatever, but now that I’m pregnant, I’m kind of itching for sexy compliments,” she admitted, clarifying: “Not getting picked up, because my husband will kill you. But like, you know, ‘Your wife is looking really hot.’ We like that!”