10 Celebrities Who Deserved To Be Dumped! 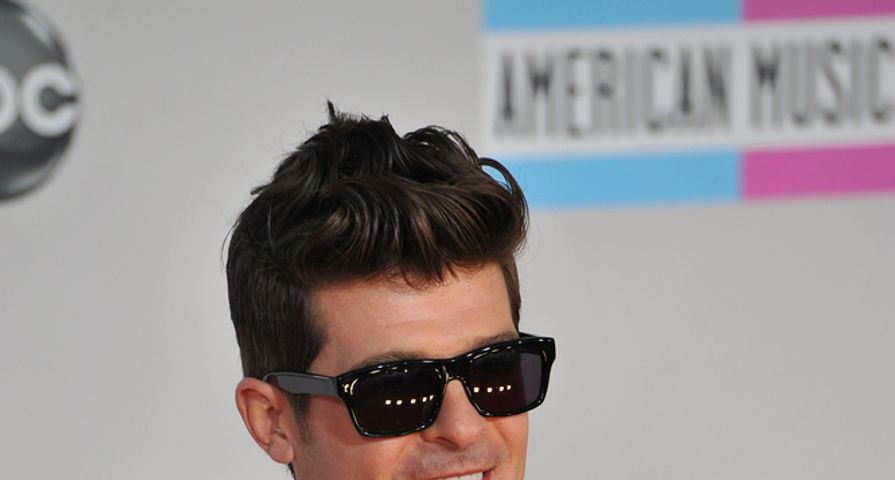 Sometimes life just isn’t fair; however, at other times, it totally is. We have created a list of celebrities who have been in relationships where they have behaved inappropriately and totally got dumped as a result. This list isn’t just limited to male celebrities – we have a couple of females on here who were totally asking for their walking papers. Not many people felt bad for these stars when their partners finally dismissed them. In fact, many of us saw it as them getting their comeuppance. Here are 10 celebrities who deserved to be dumped! If life were fair, many of these men and women would stay single forever.

While most people initially thought that Lamar Odom and Khloe Kardashian were really cute together, over time, it became quite apparent that he wasn’t an especially good husband. There were cheating allegations and he was rumored to be using crack and prescription drugs, none of which helped his marriage to the reality TV star. Khloe has since filed for divorce from Odom, which is a relief because she deserves way better than that.

Tiger Woods proved himself to be a pretty bad husband when he was married to Elin Nordegren. After five years of marriage, he was caught cheating on her with dozens of different women. Initially he tried to hide his numerous mistresses; however, the truth ended up coming out anyway. While it initially seemed as though Nordegren might forgive Woods, she made the right decision when she chose to divorce him and move on with her life without him.

Kristen Stewart had been dating Robert Pattinson for a couple of years when she was caught canoodling with her married director from “Snow White and the Huntsman,” Rupert Sanders. Before the cheating scandal, the “Twilight” actress often refused to discuss her relationship; however, after being caught cheating, she publicly apologized to Pattinson for her transgression. Fortunately, he realized he deserved better and moved on for good when they were finished with the “Twilight” franchise.

Tom Cruise doesn’t have a great reputation when it comes to his relationships. He dumped Nicole Kidman when she was pregnant with what would have been their only biological child and, when he hooked up with Katie Holmes, he came off as completely controlling and a bit bonkers. The former “Dawson’s Creek” star seemed rather brainwashed for the duration of their relationship, so when she finally filed for divorce, everyone thought he deserved it.

Jesse James is the sort of man that has a lot of difficulty with fidelity. When he was married to Sandra Bullock, he was caught cheating on her with several different women. Like any dignified woman, she promptly divorced him. Sadly, James didn’t learn anything from cheating from on his Oscar-winning ex. He quickly moved on to Kat Von D and, after a yearlong on-off relationship, she dumped him after discovering that he had cheated on her with 19 different women.

Liam Hemsworth’s brothers weren’t big fans of Miley Cyrus. They reportedly encouraged him to break things off with her because they didn’t think the singer-actress treated him well and because he was so obviously miserable with her. Given what we know about Miley, she seems like a pretty high maintenance woman who requires loads of attention. We couldn’t imagine a woman like that keeping someone like Liam happy long-term.

Chris Martin and Jennifer Lawrence were an item up until recently. Rumor has it that she dumped the musician because she was tired of watching him play happy family with his estranged wife, Gwyneth Paltrow, and felt that he was keeping her hidden away. Martin has a lot of baggage – his wife and his children being only half of it – and, considering that he used to run blocks ahead of Paltrow to avoid being photographed with her, Lawrence was smart to cut things off now.

Ashton Kutcher wasn’t an especially great husband to Demi Moore. During the course of their six-year marriage, he reportedly cheated on her multiple times. The last cheating scandal was so public and so humiliating for the aging actress that it was hard not to really feel for her. When Moore finally filed for divorce, most people were happy. Any man that thinks it is okay to treat women the way Kutcher treated his ex wife deserves to get dumped.

Leonardo DiCaprio is one of those men that just cannot be tamed. When he was tied to Toni Garn, he was often seen at parties without her in the company of dozens of young, blond 20 somethings. Rumor has it that Garn recently broke up with the Oscar-nominated actor because of his partying and his flirting. We’re a bit surprised that she decided to pull the plug on the relationship now, considering that he’s been behaving like this for months; however, we can’t argue that it isn’t deserved.

Robin Thicke’s womanizing is one of the things that destroyed his marriage to Paula Patton. After the MTV VMAs, he was caught on numerous occasions flirting it up with different women, sometimes in front of his wife! When she filed for separation back in February, no one was that surprised. What was surprising was Thicke’s public groveling. Patton recently filed for divorce, proving that his efforts were too little too late.