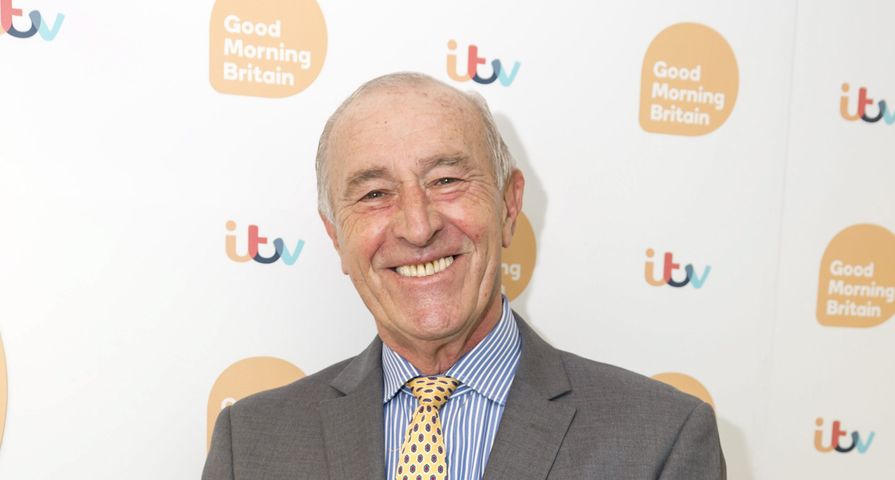 For years Len Goodman has been known as the strict but lovable judge on Dancing With the Stars. Goodman has proven that he is hard to please, but that he also has a fun and compassionate side to him, and while many know to take his criticisms and advice to heart, many fans don’t know about his background which led him to the judging table. Here are 10 things you never knew about grumpy yet lovable Len Goodman:

Len Goodman became a popular TV personality when he joined the judging panel for the revival of UK’s Strictly Come Dancing in 2004, but he wasn’t confident in the series. “I thought, ballroom dancing, there’s not a lot of interest in that. Or a load of celebrities, many of whom you’ve never heard of. I was so, so wrong,” he said in 2015. Although he became the head judge on the series, he was actually a late addition but was added by producers when they heard his humor. “They were struggling for a fourth judge and I luckily got the call very late for an audition. I had to watch a DVD of people dancing and tell them what I thought. I said it was alright but I didn’t like the routine because it was ‘all sizzle, no sausage.’ Two days later they said they wanted me to be one of the judges.” 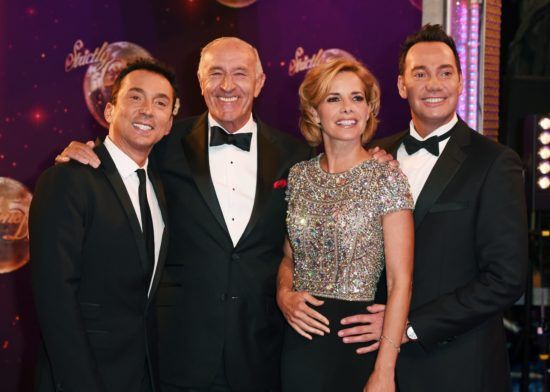 Although he began dancing at the age of 15, he didn’t really focus on it until he was 19 and was so good he quickly turned professional. He won numerous competitions in Europe and retired after winning the British Championships at Blackpool while still in his late 20s. 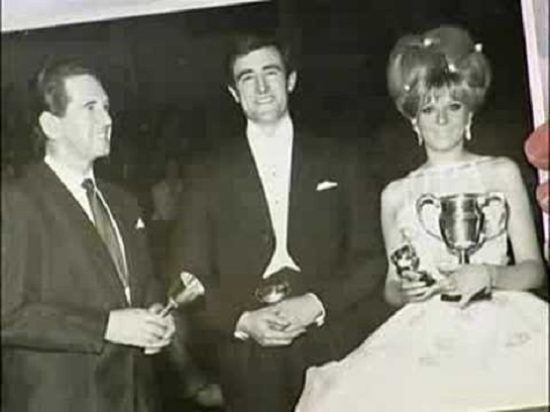 Leonard Gordon “Len” Goodman was born on April 25, 1944, in Bromley, Kent in England to Leonard Gordon Goodman and Louisa Adelaide. His family did not have a lot of money, and because of bombings due to the war, he and his parents lived with his grandparents in a small house. His grandfather worked at a street stall selling vegetables and fruit and Len would help him. When he was six years old his parents moved to Blackfen, but they did not have a great relationship and three years later his dad left the family, leaving his mother to raise Len alone. 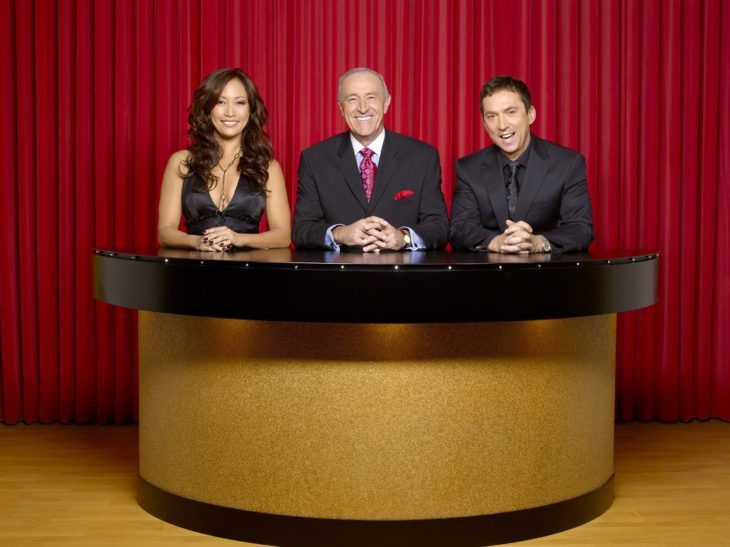 As a youngster, Len Goodman was told by his headmaster, “It is obvious you’re never going to amount to anything, Goodman. You’re a failure at school and you’ll be a failure in life.” Due to this he left school at 15 for a different life, and also left behind dancing, and began working as an apprentice welder at the Woolwich dockyards. What he loved most was football, running, and going to clubs to hang out with the mods and rockers. Eventually, Len broke a bone in his foot while playing football and his doctor encouraged him to take up dancing again as a light exercise. It became clear Len had a natural talent, and he was soon partnered with world champion and local coach Henry Kingston’s daughter, Cherry. “I was thrown into a totally new world – a young welder working on the docks – of excitement and glamour of competitive ballroom dancing.” Len and Cherry went on to win the British Exhibition Championships four times and the World Exhibition Championships. 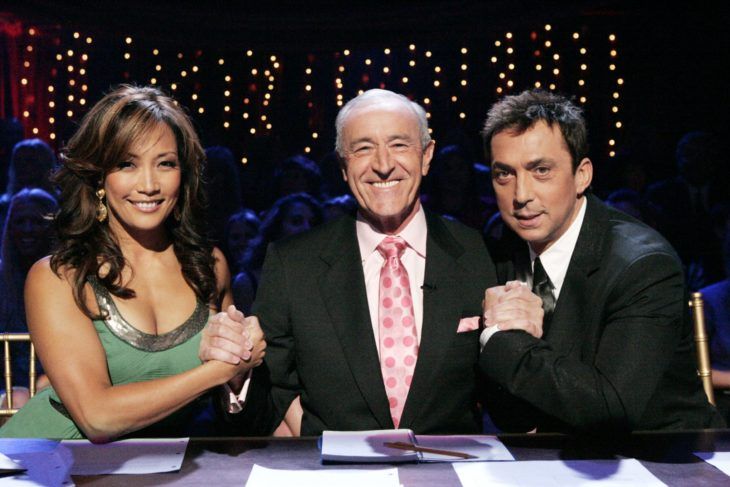 While Goodman said he was a bit of a rebellious child, it ended up being what led his mother to her second husband. According to Goodman, he snuck out of his house one night to go for a late night swim at a nearby pool. Unfortunately, he fell and needed stitches and a man offered to take him to the hospital and ended up taking him back home to his mother who didn’t know he had snuck out. Goodman’s mother offered the man tea and eight months later they were married. 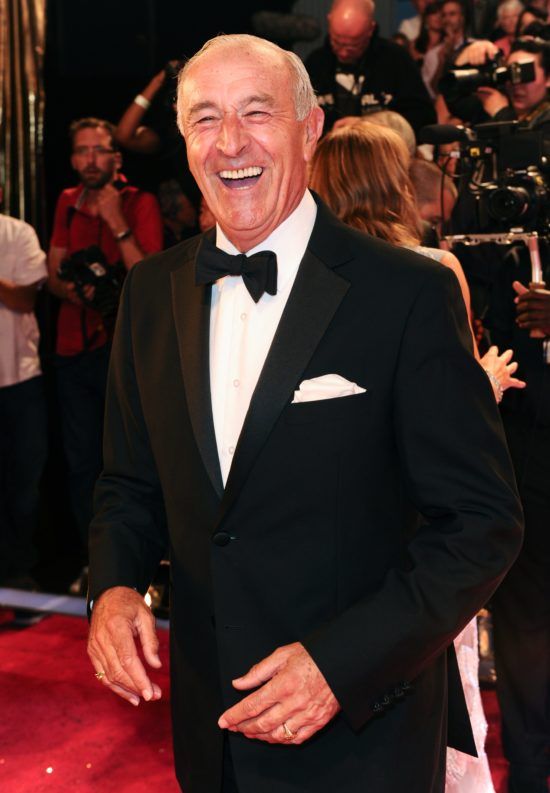 Back in 2009, Goodman secretly battled cancer after being diagnosed in March before confirming the diagnosis that following summer. The beloved Dancing With the Stars and Strictly Come Dancing judge underwent surgery to remove a cancerous tumor in his prostate gland, and didn’t even tell his colleagues. He also added that luckily the doctors caught the disease early during one of his annual check-ups and he kept it to himself because he didn’t want everyone talking about it. “I could have said ‘sorry’ and not done the show, but the doctors felt I wasn’t riddled with it and it wasn’t so far advanced that it was a life-or-death scenario. It takes a few weeks to get everything set up for the operation anyway. So I went ahead and did the show. I had the surgery done as soon as I got back from America,” he explained. 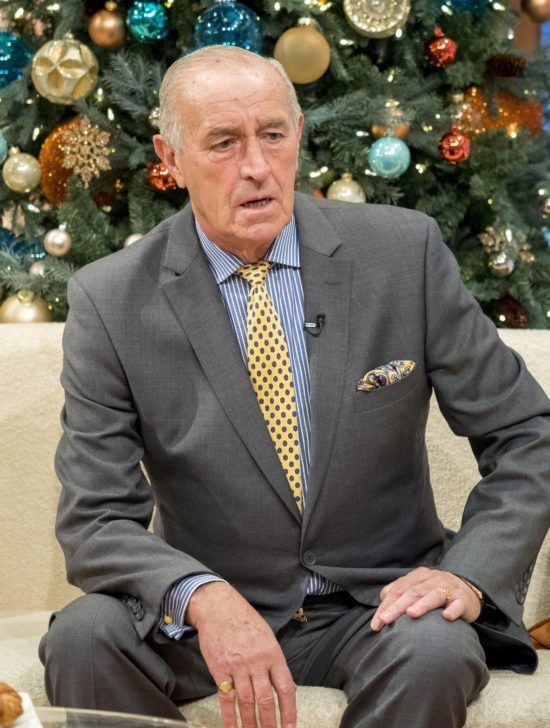 In 1972, when Goodman was 28 years old, he married his longtime dance partner turned girlfriend Cherry Kingston. That same year he gave up professional dancing which he says caused a break in the marriage. “Many dance marriages split up because one day you look across at the person you’re with and realize you’ve got nothing in common.” In 1977, the pair took a vacation to Monte Carlo where Cherry met a French millionaire named Michel. After returning home with Goodman, she took off to Paris to introduce Michel to her mother and left Goodman. He then laid all of her things out on her mother’s lawn and had the locks changed. “The dancing was the glue that really held us together. Once that finished she looked at me and thought, ‘What am I doing with him?’ She met this gorgeous Frenchman. I can’t blame her. He was a multi-millionaire. That helped I guess. It wasn’t a tragedy, although it was a shock because I always thought I’d be the one who would shove off,” Goodman told the Daily Mail. 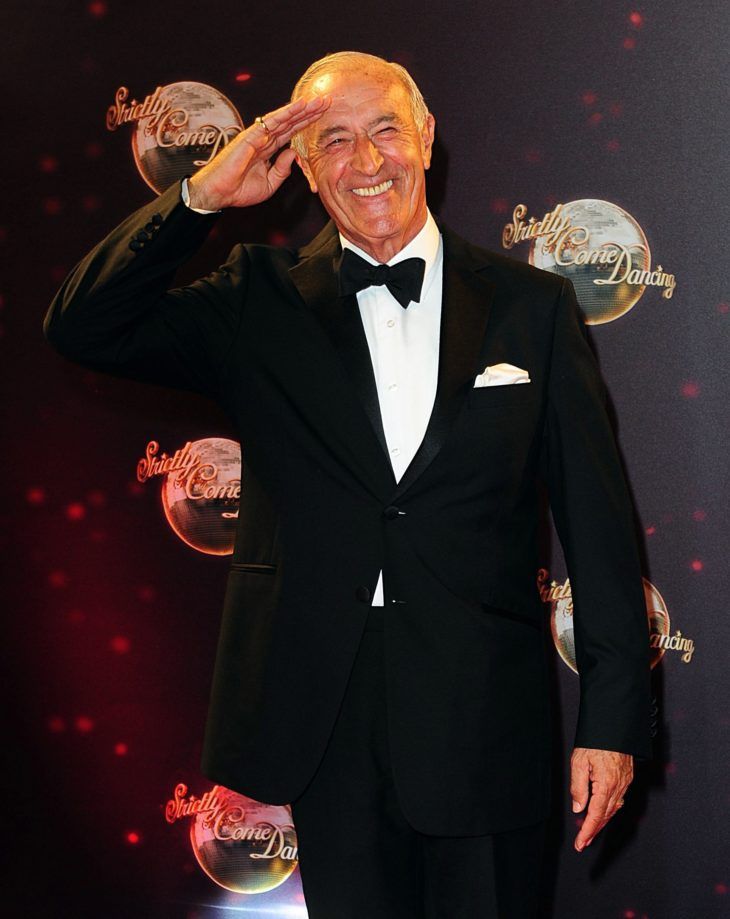 Following Kingston leaving him, Goodman had a long relationship with a woman named Lesley and then the two had a surprise pregnancy. At the time Goodman was 36 and the pair welcomed their son James William Goodman on January 26, 1981, but following Goodman and Lesley’s split, James moved with his mother at the age of 12 to the Isle of Wight. On December 30, 2012, Goodman had his second wedding to his girlfriend of over 10 years, Sue Barrett. When they were married, Goodman kept it a secret from his guests. “I wrote a little card to them all saying, ‘Len and Sue are having a do, a bite to eat and a drink. Christmas is a time to share and it wouldn’t be right if you’re not there. Please come to Mosimann’s at 1 pm and have a bite to eat.” Guests only realized the real reasoning for the friendly gathering minutes before the ceremony started. 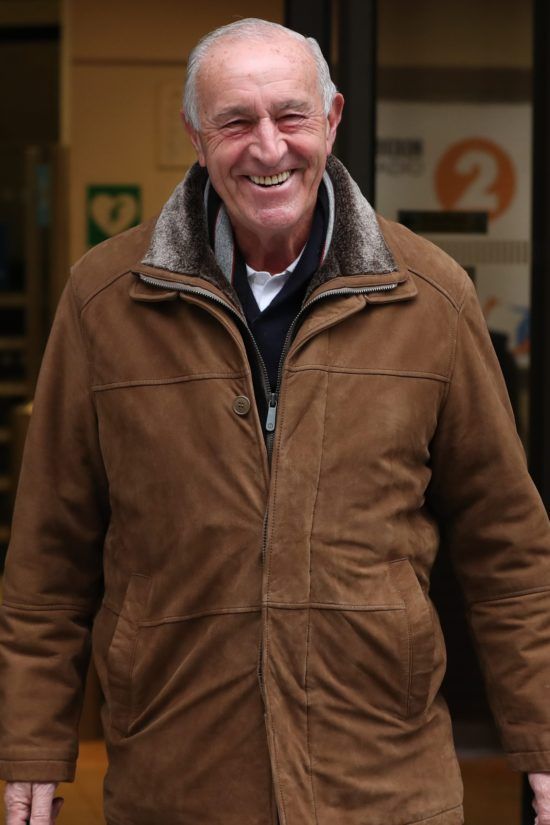 As the head judge on two very successful dancing series, it is safe to say Len Goodman makes good money but as it turns out he makes so much money, he doesn’t actually know how much he earns. “I have no clue what I earn really,” he told The Telegraph. Goodman’s most recent deal with Dancing With the Stars was worth an estimated $3.3 million, and now has an estimated overall net worth of $12 million. 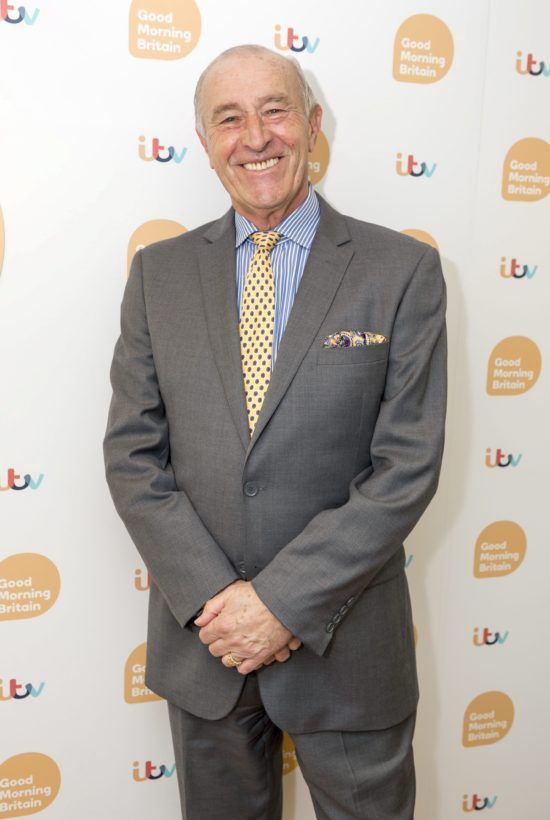 While Goodman is a millionaire in his own right now, after retiring from professional dancing at the age of 28 and having his wife leaving him for a French multi-millionaire, he still made a successful living for years. Goodman focused on his own dance school, which did well, but he explained it really took off after the John Travolta film Saturday Night Fever came out in 1977. It also helped that Goodman held a Saturday night youth disco class throughout the ’70s and ’80s. 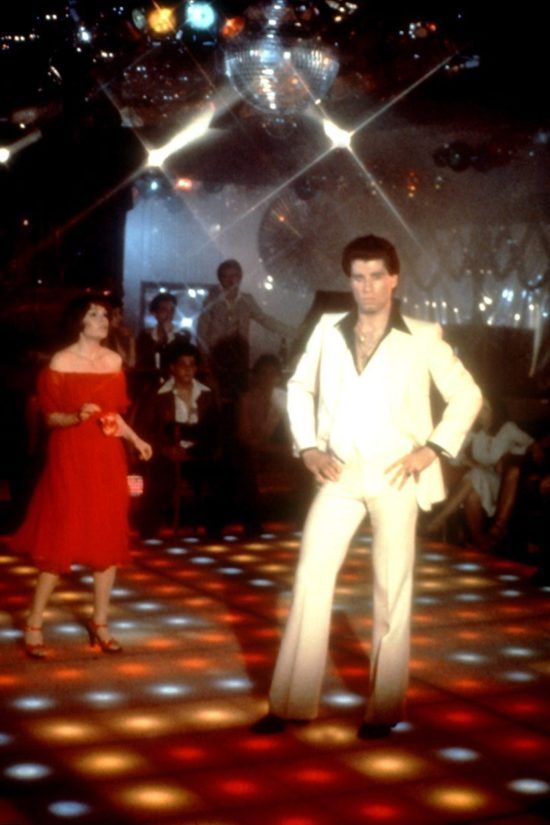