10 TV Shows That Get More Credit Than They Deserve 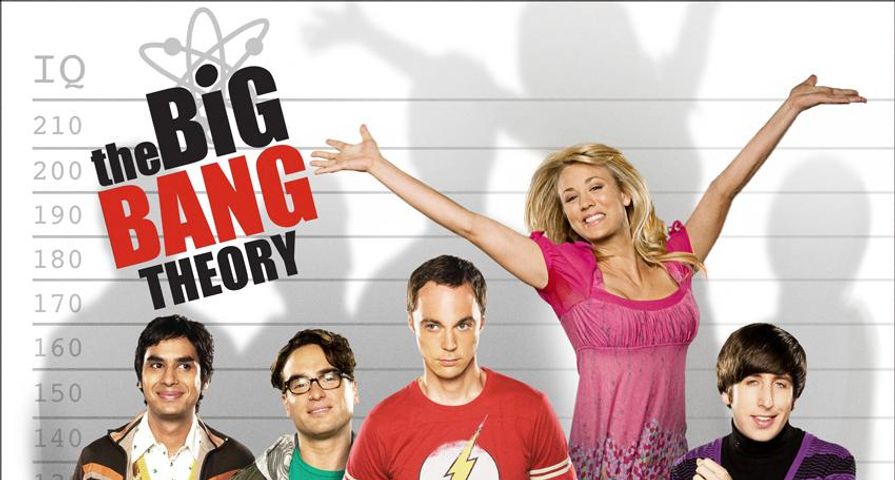 Making a successful TV show is a lot of work. Even if the actual quality of the programming is questionable, there’s no denying that the men and women involved in bringing these shows to air work very hard to do so. Many shows get the attention and accolades they deserve and other, less savory programs receive poor ratings and are inevitably cancelled. That being said, there are a lot of successful shows that get too much credit and praise from viewers and critics alike. These shows are not necessarily bad; in fact, they can be quite good. Unfortunately, good is not the same as great and it’s unfair to the shows putting in the time and effort to tell excellent stories to be considered in the same league as shows that do not. These are the 10 TV shows that get more credit than they deserve.

It was easy to fall in love with The Walking Dead in the beginning; after all, there was really no other show like it in the fall of 2010 when it first aired. A dark, violent show revolving around a zombie apocalypse seemed like a recipe for greatness. Then, the cracks started to show: poorly-developed characters, a slow-moving plot, uninteresting settings, and an overall sense of malaise began to set in, robbing the show of its initial promise and excitement. Things have started to turn around recently with an interesting latter half of season 4 and a strong season 5 opening, but that does not excuse years of wasted time and potential. In many ways, a flawed show with bursts of greatness like The Walking Dead is worse than something that is just consistently bad all the time.

Legal dramas are almost as prolific as their crime counterparts these days and one of the most popular programs is Suits. Focusing on a young hotshot lawyer and his more experienced protégé, Suits positions itself as the legal drama for educated, cool people, but behind its snappy dialogue and talented cast is a truth that Suits and its loyal fanbase don’t want to acknowledge: it’s still just an above-average legal drama. There’s nothing wrong with this but it’s hard to consider Suits as a particularly innovative or important television series when it merely adds a shiny coat of paint to a tired genre. It’s a fun show but it’s not “must-watch” television like its fans would have us believe.

Advertisements would have you believe that Modern Family has revolutionized not only the sitcom genre but comedy as a whole. While it is a very successful and funny show with a stellar cast, Modern Family is not the undisputed king of comedy and the show’s marketing team (and fanbase) need to quit acting like it is. As far as current comedy programming is concerned, Modern Family is truly one of the best and actually deserves most of its awards and accolades (unlike another popular sitcom that will be touched on later in this list). Unfortunately, more recent seasons have largely done away with any nuance or cultural analysis the show once had, instead having its characters devolve into caricatures of their former selves. Modern Family remains a funny show but it’s sadly not as intelligent or promising as it once was.

In 2011, NCIS was voted America’s favourite television show. With that kind of recognition, it’s surprising to find a rote, boring investigative drama in the guise of a great series. For starts, the show’s split between quirky workplace scenes and serious procedural drama is off-putting and doesn’t always feel right. NCIS is great comfort food television, offering a case of the week formula that has captured the attention of millions of viewers for over 10 seasons now. Is it good television though? Nobody would argue that NCIS is a prestige drama on the level of Breaking Bad or Mad Men and not every show has to be. However, fans of NCIS really like NCIS, giving the impression that it is a great show; it is not. NCIS is a ratings king and fluff television; nothing more, nothing less.

The post 9/11 world has created some stellar terrorism-themed programming over the years, with 24 and Rescue Me being clear standouts. A few years ago, Showtime created Homeland, a fictional series revolving around a CIA analyst’s (Clare Danes) plans to prevent a suspected American soldier-turned-terrorist (Damien Lewis) from carrying out an attack on American soil. On the surface, Homeland sounds like a realistic, thrilling fiction based on real-world events and fears, and the first season was particularly strong. However, after the highs of the 1st season, the series has devolved into ridiculous plotting and character decisions. Homeland continues to receive a lot of attention and claim due to the strength of its cast and continually relevant subject matter but, barring the 1st season, this is a series that does not deserve to be considered a top drama.

House got a remarkable 8 seasons out of a concept that was starting to wear thin in the 2nd season: a brilliant but troubled doctor takes in patients with wild medical problems and figures out how to help them at the last minute after all other methods have failed. Hugh Laurie is terrific in the title role, delivering a winning combination of snarky arrogance and wounded psyche, with a constant stream of putdowns always at the ready for his exasperated colleagues. In later seasons, House shook things up by shuttering the supporting cast and adding new faces in an effort to stave off fatigue, in addition to having House slowly unravel in his professional and personal lives. Unfortunately, the weekly case structure didn’t hold up over multiple seasons, making House a show of diminishing returns.

More so than any other show on this list, Criminal Minds is representative of our culture’s obsession with serial killers and stories about them. This is a concept that can have great traction on television, as evidenced by the violent artistry on display in NBC’s Hannibal, but Criminal Minds, in contrast, is inferior entertainment cashing in on cultural fears and fascinations. Criminal Minds is shlock entertainment for the masses; it’s moral depravity without a hint of artistry or irony. If the show focused more on the criminal psyche like its title implies there might be real value to be had in a show like this. Unfortunately, Criminal Minds is much more interested in continually shocking its audience. It’s a thrilling television show to be sure, but it has nothing significant to say about serial killers or America’s fascination with them. Instead of taking a critical look at it, Criminal Minds is content with just fueling this cultural obsession.

Looking back, the conceptualization of CSI and its numerous spin-offs is simply genius; Law and Order helped solidify crime procedurals as America’s favourite television genre and CSI picked up the torch, but with a focus on forensic science. The problem is, CSI and its ilk have arguably had a negative impact on North American society beyond simply killing brain cells with its repetitiveness. It’s been well-documented that CSI has given people the wrong impression about forensic science, believing it to be much more simplistic than it actually is. Real court cases have also been impacted by this CSI-effect, with jurors having a false sense of expertise when it comes to forensics thanks to their hours spent watching CSI. Regardless of the show’s quality, this is a scary precedent. Instead of being hailed as one of the the most successful crime dramas of all time, CSI should be credited with negatively impacting the culturally-significant field of forensic science.

Not even Charlie Sheen’s infamous departure could kill the blight of the TV landscape that is Two and a Half Men – and he was the only good part of the show! The epitome of low brow humor, Two and a Half Men is largely responsible for the common critical perception that laugh-track sitcoms are akin to trash programming; nevermind the fact that Seinfeld, one of the best comedic television programs of all time, had a laugh-track. After Sheen’s infamous implosion, he was replaced by Ashton Kutcher, who is simply not as skilled a comedic presence as Sheen was. Add to that the continued annoyance of Jon Cryer’s supporting performance (how he has multiple Emmys for this show is a complete mystery) and you have a recipe for a show completely unworthy of its continued popularity.

The most popular comedy program running, The Big Bang Theory is an entertaining multi-camera sitcom that has only seemed to gain more viewers and accolades with each passing season. The main problem with this show, and the reason it doesn’t deserve the credit it receives, is that it’s consistently dishonest and offensive. The show mines popular nerd culture without understanding the concepts of nuance or respect. It portrays every comic book-reading, video game-playing 20-something as high-functioning autistics with poor social skills. The Big Bang Theory is, at its heart, an imposter; it portends to be the voice of a social movement but actually damages and insults the people it likes to think it represents. Adding insult to injury, it’s also unbelievable that series lead Jim Parsons has multiple Emmy awards for his 1-note performance as Sheldon Cooper.