13 Celeb Couples Who Should Never Ever Get Back Together 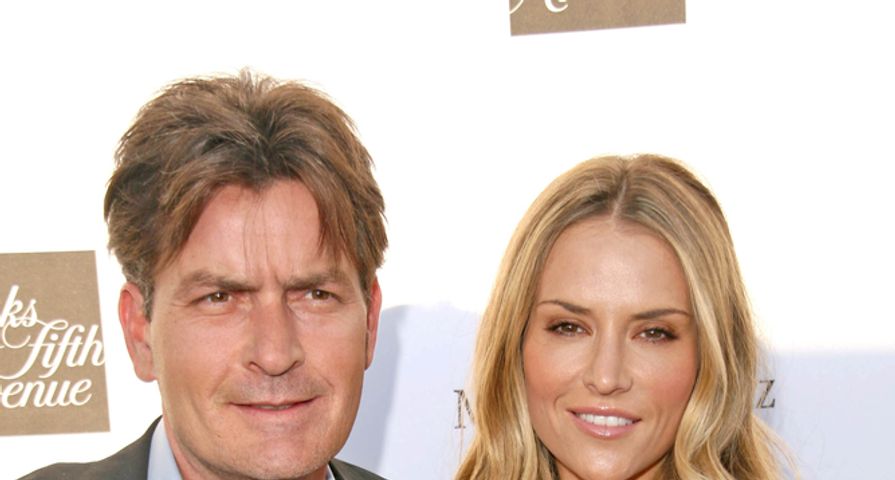 Celebrity Hookups We Didn't See Coming In 2019
There are some couples who were just so perfect together that we really wish they would just work it out and get back together. There are other couples, however, who were so toxic together that we want to want them to stay broken up – forever. Some of these toxic couples obviously got the memo because they broke up, but we don’t just want these couples to just break up – we want them to stay broken up – which may be easier said than done. Here are 13 couples were so awful together that they should never ever consider getting back together!

Before Chris Brown had been charged with felony assault and making criminal threats, everyone thought that he and Rihanna were a cute couple. After the charges, however, people universally agreed that these two were anything but a good match – unfortunately that hasn’t stopped them from continuing to break up and get back together. Their romance is definitely ill fated and if these two know what’s good for them, they’ll stay far away from each other.

Ryan Phillippe and Reese Witherspoon’s relationship seemed fraught with problems long before they pulled the plug on it in 2006. Her career had really taken off, while his was more or less in the process of cooling off. They also fended off infidelity rumors regularly and it got to the point where it seemed that Phillippe was most certainly fooling around behind Witherspoon’s back. When these two finally broke up, it was definitely for the best.

Brody Jenner and Avril Lavigne made no sense together. The only thing that these two seemed to have in common is that they both really like attention. Jenner has a history of linking himself to women more famous than he is while Lavigne seeks attention with her obnoxious behavior. They reportedly broke up because Lavigne was looking to settle down and Jenner is nowhere near ready. At least they have their matching tattoos to remember each other by…

Jake Gyllenhall and Taylor Swift were another couple that made absolutely no sense. He is nearly a decade older than her and he seems like a much more private person. Swift is way too vocal about her love life – any relationship or breakup always makes it onto her next album, which gets quite nauseating. Gyllenhaal should have known that she would sing about their short-lived romance. We just hope that they stay broken up – one song is enough!

Anyone who has watched “Keeping Up with the Kardashians” knows that Kris and Bruce Jenner have a pretty dysfunctional relationship. Kris is controlling and Bruce seemed like he just put up with it. When these two finally called it quits after way too many years of marriage, no one was especially surprised. These two had been living separate lives for years. Even if they never divorce, let’s pray they never decide to give the marriage another go.

No one knew how bad Halle Berry and Gabriel Aubrey’s relationship was until they publically began to fight over custody of their daughter Nahla. Berry was demanding that she be allowed to move their daughter to France and Aubrey was arguing that he wouldn’t be able to visit her, which would effectively destroy his relationship with her. After a very public scuffle between Aubrey and Berry’s current husband Olivier Martinez, people began wishing that these two former lovers had never met.

Justin Bieber and Selena Gomez were initially really cute together. They both seemed really wholesome and sweet; however, that changed once Bieber started behaving like an entitled brat. He started throwing public temper tantrums over the paparazzi and it became clear that he was dabbling in drugs. When Gomez is with him, she seems to enable his behavior by following his lead. Their fights have also become public, which can only mean one thing – these two are toxic together.

Liam Hemsworth and Miley Cyrus were kind of cute together before all of the cheating rumors started circulating. It was obvious that these two were having serious problems that they couldn’t reconcile. For the last six months of their relationship, when they appeared together in public, they didn’t look happy together – at all. After the break up, Hemsworth kept a low profile, but Miley has managed to steal headlines regularly with her attention-seeking antics. Hemsworth needs a woman – not a child.

Kristen Stewart never seemed like she was that into Robert Pattinson. She tried to keep the media guessing about whether or not they were together. When she was caught having an affair with the married director of her film “Snow White and the Huntsman,” it became obvious that she and Pattinson were not meant to be. These two continued to go off and on for a while, but thankfully it looks like they have finally broke up for good.

Lindsay Lohan and Samantha Ronson seemed like a really good couple at first. Lohan had never seemed more in love. It looked like, with Ronson’s support, that she was actually starting to get her life together. However, that all changed when it became clear that these two were breaking up and making up regularly. Their epic fights made the news and Lindsay was obviously hitting the bottle when she accompanied her DJ girlfriend to clubs. These two were toxic together and it’s a good thing they’ve distanced themselves from each other.

How these two managed to stay married for over 10 years is a great mystery. Chris Martin wouldn’t even allow himself to be photographed with his wife and he seemed so obviously intimidated by Gwyneth Paltrow’s other relationships, especially the one she had with Brad Pitt. Before Martin and Paltrow got together, she was definitely more likeable. It seemed like the longer these two were married, the more unlikable they both became. Let’s hope these two stayed “consciously uncoupled” forever.

Tom Cruise and Katie Holmes were one of the oddest couples ever. He was a huge movie star while she wasn’t especially famous or established in Hollywood. Rumor has it that Cruise had been looking for a new girlfriend/wife and was holding auditions when he came across Holmes. While these two did their best to convince the general public that they were madly in love, it really came across as contrived. Needless to say, the relationship didn’t last and the odds of TomKat making a comeback are very slim.

As individuals, Charlie Sheen and Brooke Mueller are a hot mess but together they were completely disastrous. They both have drug and alcohol abuse issues and have been charged with drug and alcohol related crimes. Sheen actually ended up physically abusing Mueller during their relationship, even threatening her life at one point; however, she still went back to him. Their relationship was incredibly toxic and resulted in them both relapsing. The world cannot handle these two reconciling – ever.