Popular Celebrities Who Got Their Start On “ER” 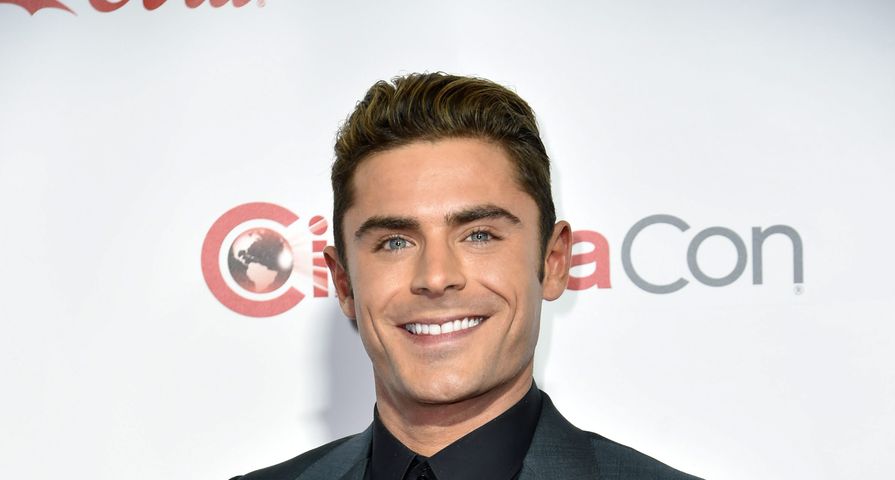 Through 15 seasons, NBC’s hit medical drama ER saw quite an extensive cast list. From starring roles to single episode parts, the show has seen a lot of big names involved in several episodes, but upon closer inspection, it seems ER was the stepping stone to a huge career for a few celebrities. In any career getting your foot in the door is key, but in Hollywood, it is even more important to get that start on a huge stage, which ER most certainly was. Now, we know these stars from many other roles, but all 13 of them began their major acting career on ER. Check it out:

Eva Mendes is a woman who needs no introduction to film fans. The gorgeous actress has appeared in many films including The Other Guys, Hitch and two of the Fast and the Furious films, but her career began long before then. Mendes’ first-ever acting credit is in ER‘s season four, episode 15 “Exodus” as Donna, back when she spelled her last name with a “z” still. Now, of course, she is known for her many feature film credits as well as her very low-key relationship with Ryan Gosling. 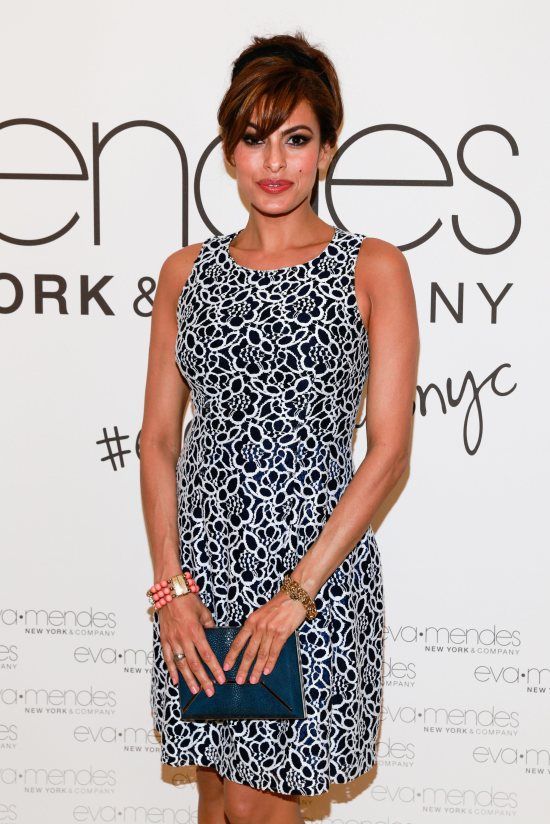 Chris Pine found huge success somewhat later in his career, thanks in large part to landing the iconic role of James T. Kirk in the well-received reboot films of the Star Trek series. However, it all began for Pine back in 2003 with his first ever credited role on the season nine episode of ER called “A Thousand Cranes.” Naturally, he portrayed a drunken teenager, and only one year later landed his major film breakout role in The Princess Diaries 2: Royal Engagement. 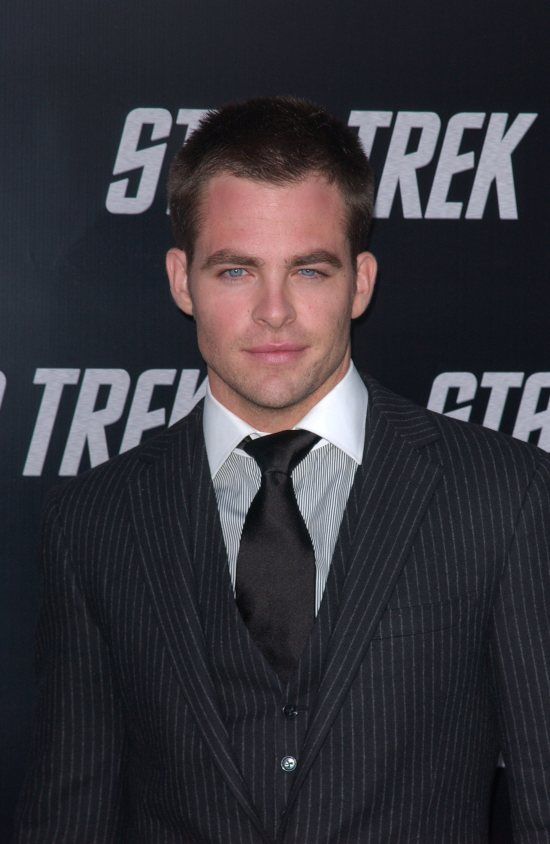 Like many stars, it took awhile for Gabrielle Union to get some traction in her career. She began her on-screen career in 1993 and landed several single episode roles, as well as a couple recurring roles in series such as 7th Heaven, but in 2000 she appeared on ER in the episode “Family Matters.” Later that very same year, Union had her big break in films with starring roles in Love & Basketball and Bring It On. She now has 76 acting credits to her name which include many movies as well as starring TV roles. 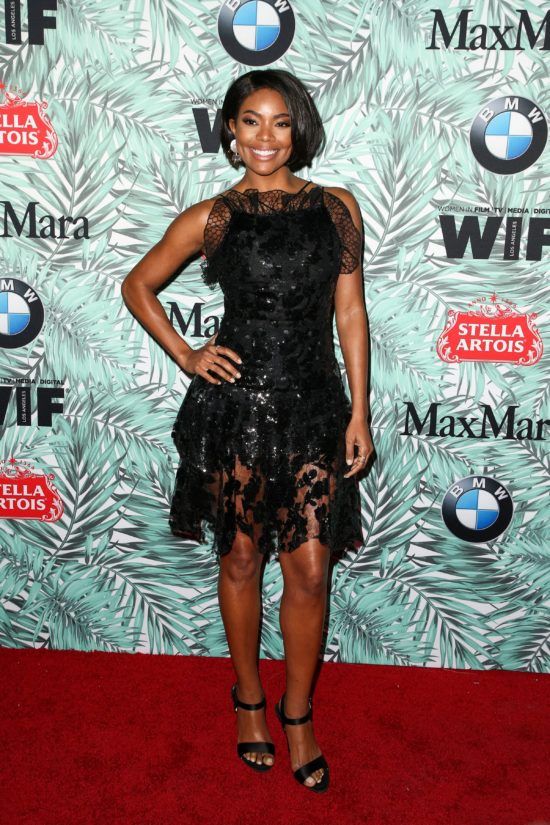 Adam Scott is now one of TV’s most recognizable faces thanks to his long-running role as Ben Wyatt in Parks and Recreation. Back in the mid-90s however, Scott was still trying to get his career off the ground and eventually landed a role as David Kerstetter in a season one episode of ER. Within a year he landed several recurring roles appearing in Boy Meets World, Murder One and Party of Five just to name a few, and now has an incredible 107 acting credits to his name which span both film and television. Of his ER role, Scott stated, “It was the first season of ER, so it was a pretty big. Everyone was discovering it, and George Clooney was on the cover of TV Guide as this new star. I was sitting outside waiting to work and he was playing basketball with a bunch of dudes. I remember just thinking, ‘God, this dude is on the cover of TV Guide! He just looks like he doesn’t care.’ If I was on the cover of a magazine, I’d be celebrating.” 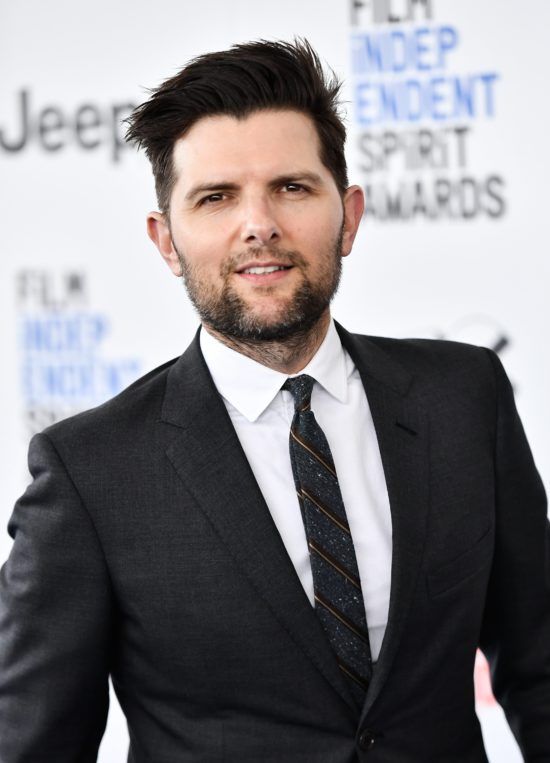 Octavia Spencer is now an Oscar-winning actress who has major roles in some huge films such as The Help, Hidden Figures, and the Divergent series, but like most, her career had more humble beginnings. Back in 1998 after beginning her on-screen career two years before, Spencer landed a small role as Maria Jones in the ER episode “Hazed and Confused.” The very next year she landed her breakout film role in 1999’s Never Been Kissed and continually built her career the become one of Hollywood’s most sought-after actresses. At the time of her appearance in ER she only had seven previous acting roles, and now she has an absolutely incredible 121 acting credits to her name. 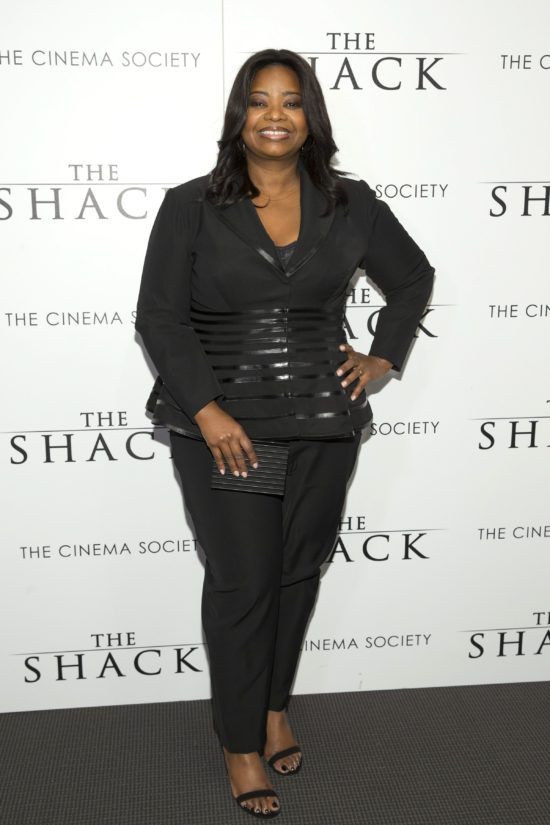 Dakota Fanning is a well-known child actress, who at a very young age starred in films such as I Am Sam, Trapped, and Sweet Home Alabama, but before all of that, she was on ER! Her very first on-screen role came in the season six episode “The Fastest Year” in which she starred as Delia Chadsey, who thought she had survived leukemia only to find out after a car accident that the leukemia was not gone. Fanning has since had several more notable roles including in Uptown Girls, Man on Fire, War of the Worlds, Charlotte’s Web and The Twilight Saga, but it all began with ER. 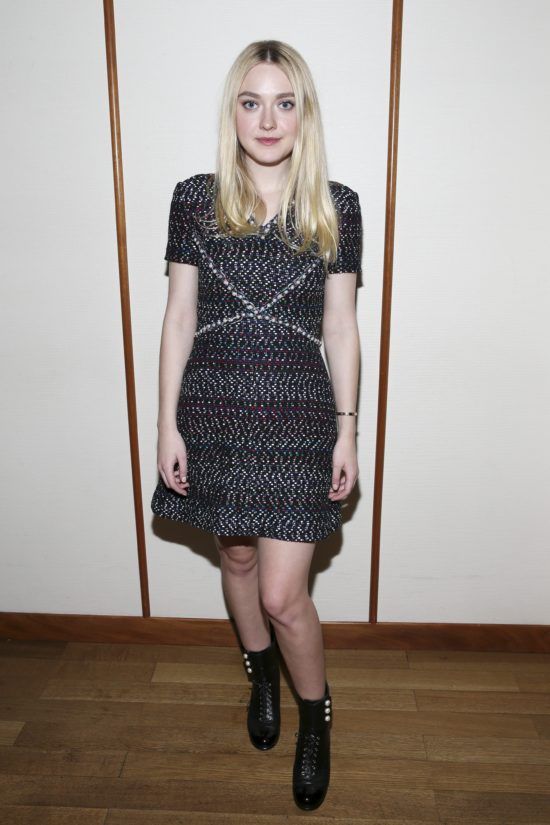 The stunning and talented Lucy Liu really didn’t get her major acting breakthrough until landing the role of Ling Woo in 1998 on Ally McBeal, but three years before that she was getting her start on ER. In 1995 Liu was cast in a three-episode role as Mei-Sun Leow in season two. Now, of course, Liu is a well-known actress through not only her Ally McBeal role but also in Charlie’s Angels, Kill Bill, and the hit series Elementary. 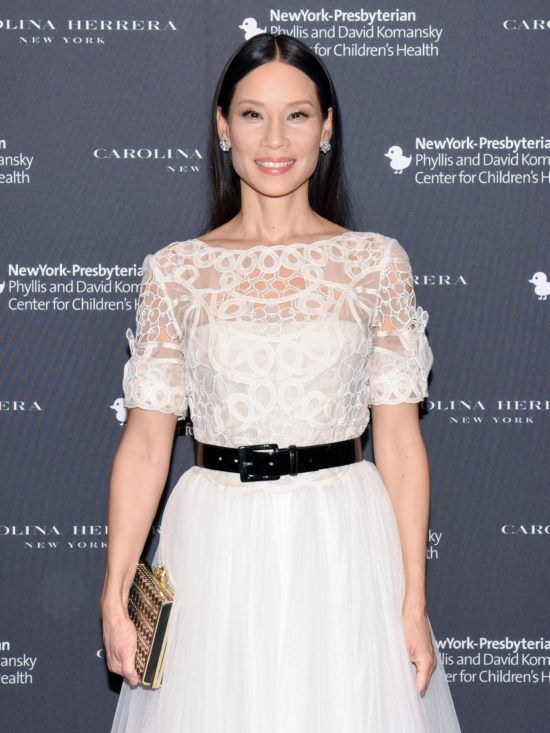 For most TV fans, Jorja Fox will always be known as forensic scientist Sara Sidle on CSI: Crime Scene Investigation for nearly 15 years, but before all that, she was portraying a doctor on ER. Fox made her on-screen debut in 1989 and appeared on a few series before starring in 33 episodes of ER as Dr. Maggie Doyle. After three years in the recurring role, Fox exited only to debut in her iconic CSI role one year later. 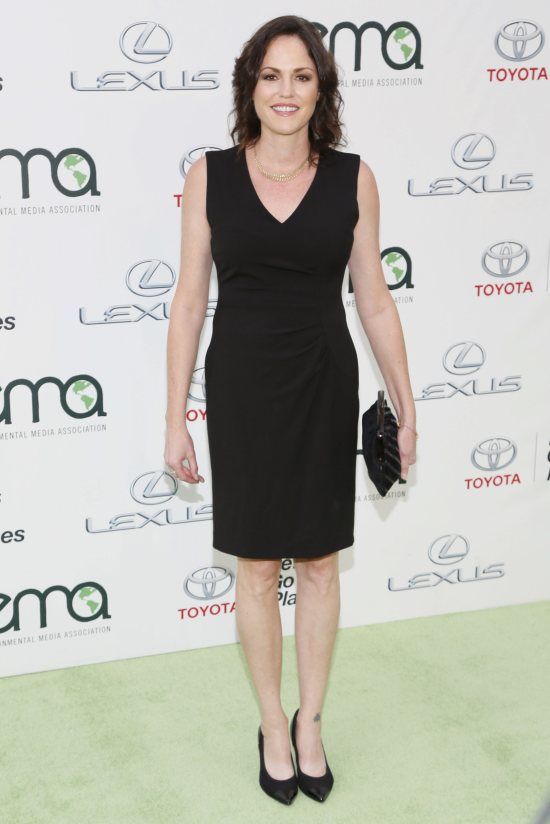 At this point in his career, there is no role that Zac Efron gets declined for, and while High School Musical was no doubt his big break, he first got experience on ER. In 2003, Efron’s role as Bobby Neville in season 10 episode three’s “Dear Abby” was only his second on-screen acting role, ever! The then 16-year-old Efron portrayed a young gunshot victim who came into the hospital but didn’t survive. Of course, now he is best known for his roles in High School Musical, 17 Again, Hairspray, Bad Neighbours and Mike and Dave Need Wedding Dates. 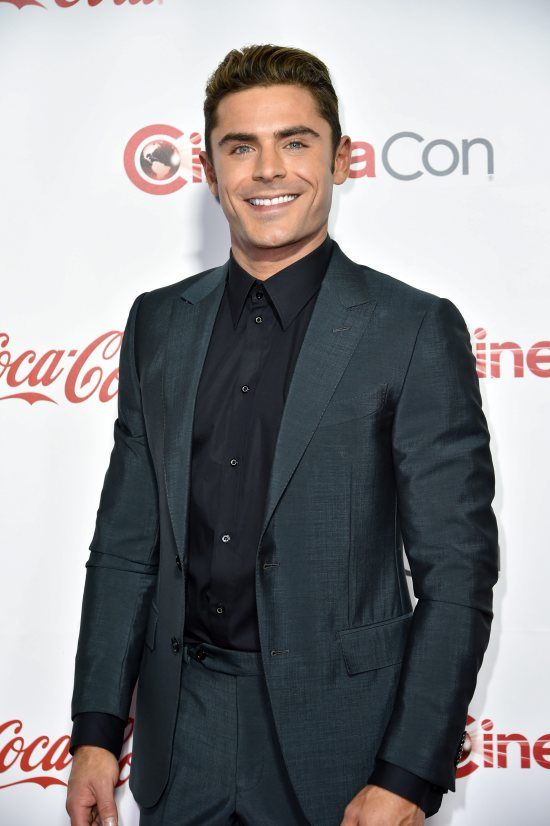 Mariska Hargitay is a stunning actress who has been made her way into TV history with her long-running role as Olivia Benson on the popular series Law & Order: Special Victims Unit. After beginning her career in the late ’80s, Hargitay racked up quite a few roles but it was her role in ER as Cynthia Hooper that set the tone for the remainder of her career. She held the 13 episode role from 1997-1998, and only one year later she made her debut as Olivia Benson and is now one of TV’s most popular stars. 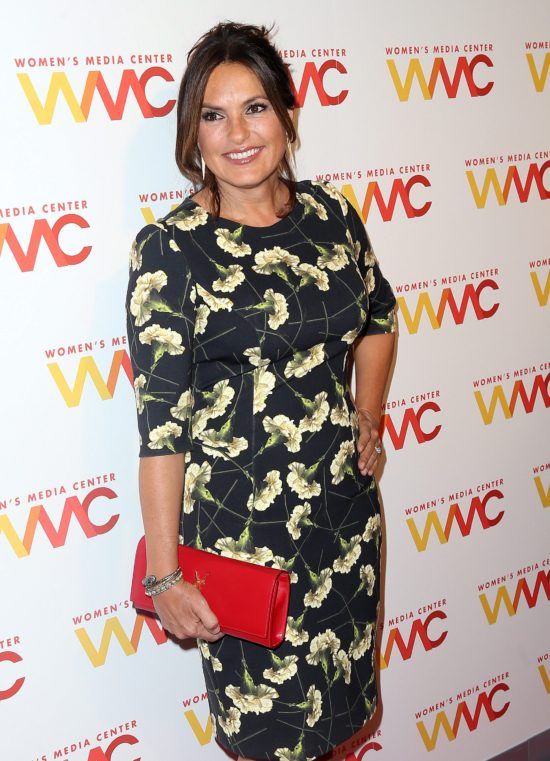 Noah Wyle’s story is a little different than the rest of the stars on this list, because not only is ER his stepping stone to fame, it is still the reason he is so popular. Wyle is one of the few characters from the series to appear in almost the entire show and although he has had a few other roles, he is best known for his role of John Carter from 1994-2009 spanning 254 episodes. Now, Wyle is starring in the new series The Librarians, but his claim to fame and his humble beginnings all lead to ER. 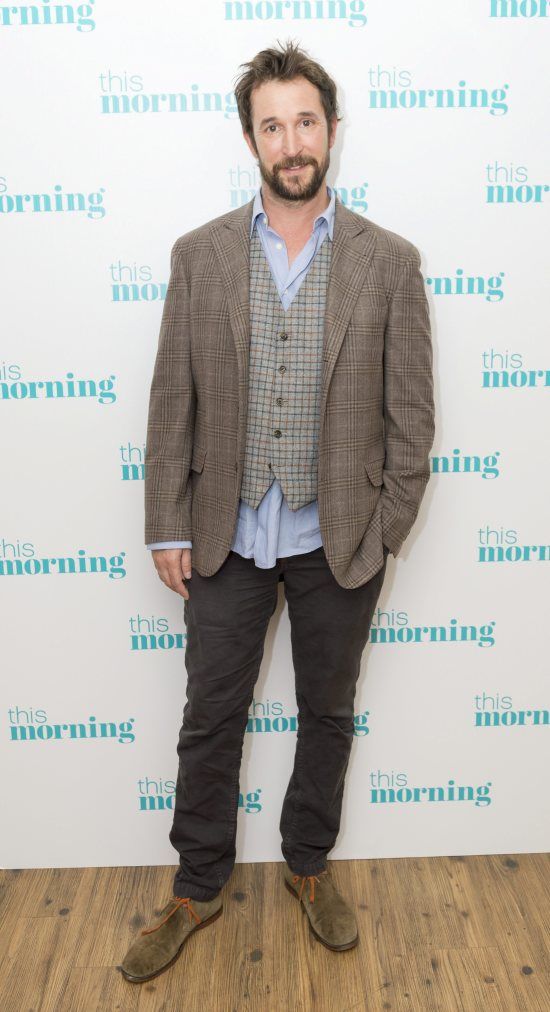 Julianna Margulies is now predominantly known to many for her role as Alicia Florrick in The Good Wife, but she too got her big start on ER. After a few small roles in Out for Justice, Law & Order and Murder, She Wrote, her role as Carol Hathaway was only her fourth credited acting role. While she appeared regularly on the series from 1994-2009, the role helped her branch into films such as Ghost Ship and Snakes on a Plane as well as a few other TV roles. Her role on The Good Wife has been so huge, however, many forget it all began for her on ER. 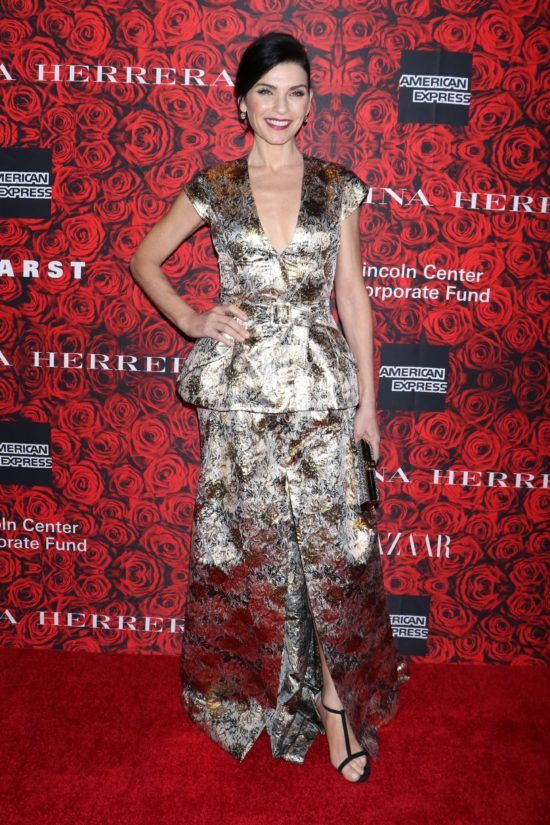 Last but certainly not least is George Clooney. At this point in his career, fans can name several leading film roles that have made Clooney famous, and many forget that before all of that he was the main star of ER. While he had quite a few roles through the late ’80s and early ’90s it wasn’t until his role as Doug Ross on ER that Clooney was recognized for his acting abilities, and led to the opportunities that skyrocketed his career afterward. Two years after starting his role on ER, Clooney began landing huge film roles in From Dusk Till Dawn, One Fine Day, Batman & Robin and The Thin Red Line. Now, he is at the very top of Hollywood’s A-list and his humble beginnings on ER are long forgotten. 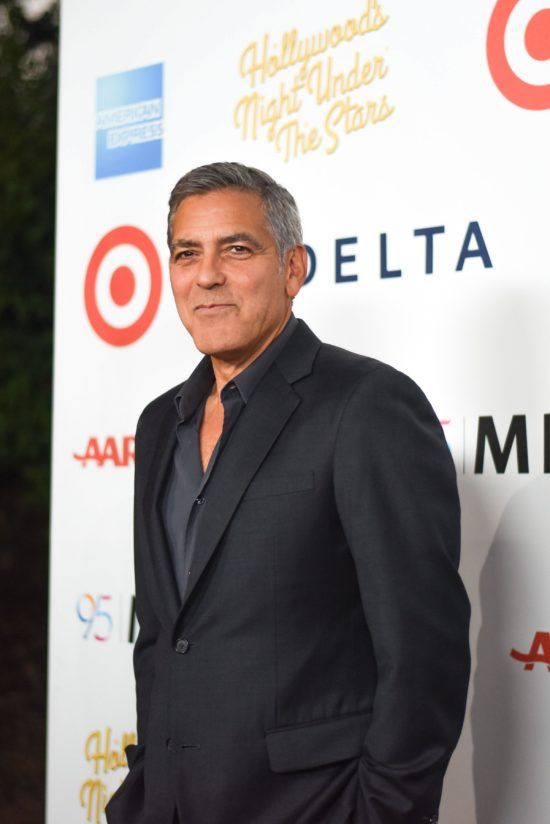