5 Young And The Restless Spoilers For The Week (February 13) 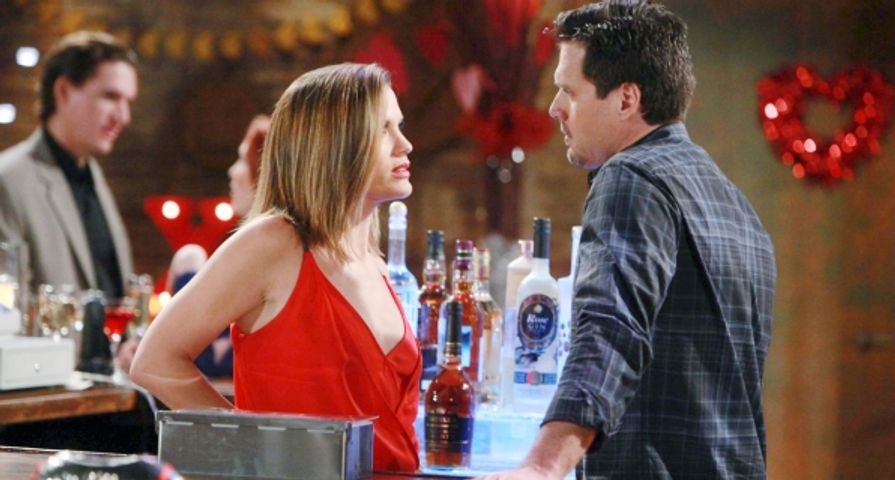 Jill gets two devastating news shockers this week; Cane forgets his anniversary; and Nick and Chelsea get their flirt on! Will Valentine’s week in Genoa City be a hot one? Learn about the above storylines and more in the Young and the Restless (Y&R) spoilers for the week of February 13th.

Jill gets two shockers this week. The first one comes in the form of money and her loving husband. Jill will learn that Colin has emptied out her bank account. When she learns of this, she will literally strip him of the clothes he is wearing and throw him outside of the house (naked) while they are fighting. While the scene may be a comedic one, things get serious and fast. Worse than being broke, Jill suffers from some sort of pain during her confrontation with Colin. While she brushes it off, Colin tells Billy about it and he takes her to the doctors for tests. Sadly, spoilers indicate that Jill’s illness is quite serious.

Spoilers indicate that Cane won’t be able to gather the cash he needs for Brash and Sassy. Vicky will be over the moon that Brash is finally home with her again. But is she so pleased with herself that she’s willing to give Billy another shot? Hard to tell, but spoilers do indicate that Vicky and Billy will be doing some celebrating this week; fans must tune in to see whether it is about business or pleasure, or business that mixes pleasure.

As mentioned above, Cane will be upset about losing out on Brash and Sassy, so much so, he’ll forget his anniversary. Lily won’t hold this over his head for long; she realizes he’s had his hands full with business drama this week. Spoilers indicate that the lovebirds share a lovely evening celebrating … but future spoilers also seem to indicate that the happiness won’t last long and Jordan could put a wrench into their happily ever after.

Nick and Chelsea ponder the idea of being more than just friends and the two agree to go out on a date on Valentine’s Day. Sadly, the couple’s first date is stopped when The Underground is understaffed and Nick needs to step in. However, Chelsea still tags along to help him and he sees another side to this beauty. The good news for fans of this up-and-coming couple, the two end the night off with a kiss.

Lauren gets a message that is quite mysterious. Gloria has Michael suspicious. Jack looks for revenge. Ashley refuses to back down. Sharon has a new-found determination when it comes to the future and continues to hide the real reason Dylan left town. Hilary goes above and beyond to ensure Devon stays in her life.