5 Young And The Restless Spoilers For The Week (March 27) 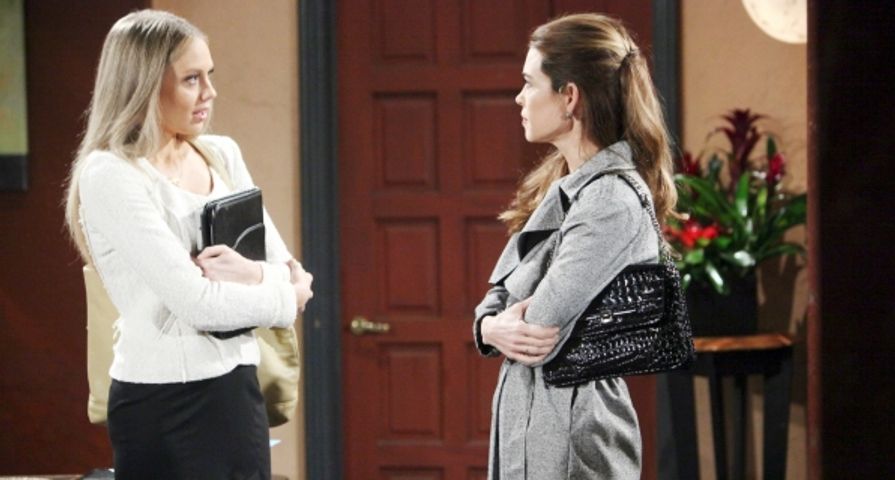 Calling all Young and the Restless (Y&R) fans! Drama is what Genoa City is serving up this week and fans won’t be disappointed. Chloe confesses (not really, but sort of), Gloria disapproves, and Victor and Nikki don’t see eye to eye. Learn about these stories and more in the Y&R spoilers for the week of March 27th.

But, it’s not what you think. She does state to Nick and Chelsea that she did place a tracking device in Connor’s stuffie, but she says it was for their protection. At that point, Nick makes a decision to get some more evidence as he does not buy Chloe’s confession. Nick believes that Adam’s death wasn’t an accident and he wants to learn the truth. He’ll set up a trap for Chloe, which could cause some drama. He approaches Paul to re-open Adam’s the case, but the Genoa City PD has plenty on their plate right now and Paul pushes back.

Kevin might be in the bad books with his mom this week. Gloria isn’t too impressed when it comes to Kevin’s pending nuptials with Chloe. After her ordeal with Chelsea and Nick, Chloe may want to move up the wedding and head out of town after everything is cinched – which should only make Momma Barkwell even more displeased.

Meanwhile Devon and Mariah continue to heat up, perhaps not as much as Y&R fans saw last week, but they do continue to move forward with a relationship. Devon has hopes the two of them can be happy together in the future.

2. Victor and Nikki/Hilary and Jordan

Y&R spoilers suggest that Victor and Nikki will disagree on something this week. Might be about Reed’s music teacher, Tessa. Nikki believes things are going well and that Reed is learning a lot from Tessa. However, Tessa seems just too good to be true and there may be something shady in the lady that Nikki simply does not see – but Victor does! On the other hand, romance continues to spark between Hilary and Jordan, and things get a bit wild this week for the two.

Y&R spoilers indicate that Ashley will move forward with something bold this week. The move will take Jack aback and shock him. Ashley will place the plot in motion, but Y&R fans should expect to see some drama, conflict, and many a confrontation between brother Jack and sister Ashley in the near future due to the pending bold move. Meanwhile, Abby is sabotaged at work by Victoria!