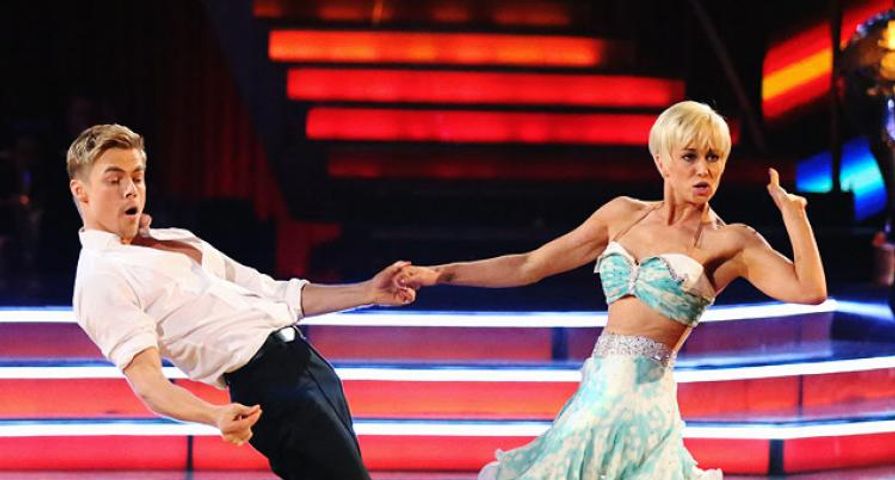 Dancing with the Stars has become one of the most popular shows on television. The reality dance competition show pairs celebrities up with professional dancers as they all compete against each other for the coveted mirror ball trophy. It’s been a smash hit among audiences with a whopping 23 seasons under it’s belt. Fans have seen a lot of stars come and compete on the show, and some of the best have been our favorite country stars! Here’s a definitive ranking of 6 country stars cast on DWTS ranked from worst to best!

Wynonna Judd has been incredibly successful in her career as a solo country artist, but as a dancer? Not so much. She appeared on season 16 of Dancing with the Stars in 2013 and was partnered with Tony Dovolani who was hot off his all-star season win. These two were actually the first couple eliminated from their season after their Samba performance to Def Leppard’s ‘Pour Some Sugar on Me.’ It was hard not to feel bad for Judd when she was eliminated as she broke down in tears for disappointing her fans and Dovolani, but this just means she has more time to focus on making music!

She might sell out concerts all around the country, but we don’t expect to see her debuting her dance skills again anytime soon. In September 2006, Sara Evans joined the cast of ABC’s Dancing with the Stars for season 3. She was the first country star to ever appear on the reality program and was paired up with Tony Dovolani. Thanks to an overwhelming number of fan votes she made it into 6th place, but unfortunately had to drop out of the competition to be with her kids through her divorce from ex-husband, Craig Schelske. Prior to her departure, she had scored in the bottom for back-to-back weeks, so we’re not sure how long she would have lasted had she not left on her own accord.

The “Achy Breaky Heart” singer joined the cast of Dancing with the Stars back in season 4 and was paired up with professional dancer, Karina Smirnoff. Surprisingly, Cyrus and Smirnoff placed in fifth overall during their season, but they did receive the lowest score in four of the eight weeks he competed. We must admit he wasn’t the worst dancer to ever grace the show and was actually entertaining to watch. Many people suspected he was kept on purely to boost ratings…remember when he accidentally pulled his partner’s wig off? Billy Ray Cyrus was actually nominated for the Best Worst Dancer award in 2010, but he lost to Kenny Mayne.

When Chuck Wicks joined the cast of Dancing with the Stars in August 2008, he was paired up with his then-girlfriend, professional dancer Julianne Hough. The two competed as a couple for season 8 and definitely gave the audience some pretty steamy performances. It might have been due to their chemistry or compatibility, but Wicks actually danced pretty well during his time on the show and actually made it pretty far! Wicks and Hough were the eighth couple eliminated, coming in 6th place overall.

Jana Kramer is the most recent country star to compete on Dancing with the Stars. For season 23, Kramer was paired up with professional dancer, Gleb Savchenko. Even though these two made it pretty far into their season, almost making it into the finals, but placing fourth place after being eliminated on the first night on the season finale. Many people expected them to do a lot better considering Kramer’s fit physique, but their season was plagued with injuries and the flu. Regardless, she made it further than many of her other fellow country stars on this list which makes her one of the best contestants!

It can’t be surprising that this country queen-turned-dancing-queen landed in the number one spot on this list. She placed higher than any other country star who’s competed on the show. The former American Idol star was paired up with Derek Hough for season 16. She proved to be a natural dancer when she started doing the splits in her performances by the third week! Pickler no doubt worked harder than any other contestant during her season of DWTS and it paid off as she and Derek went on to win the coveted mirror ball trophy!