Minor Young And The Restless Characters Who Stole The Show 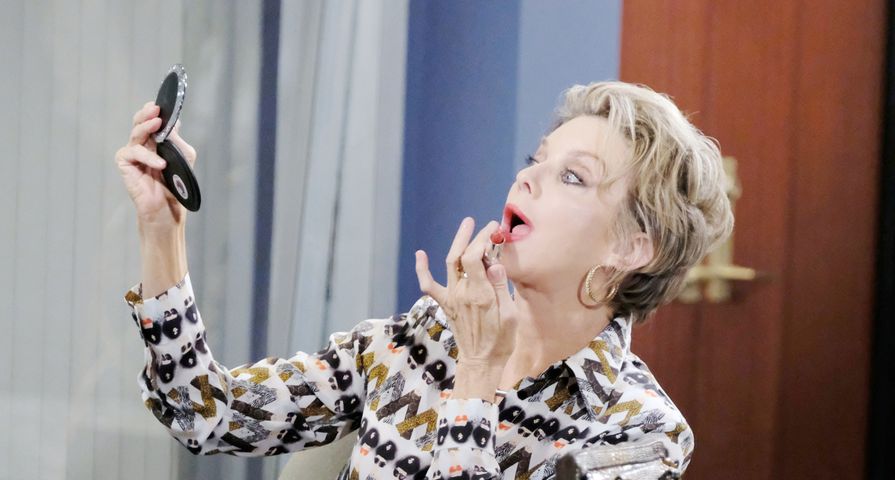 As the old saying in show biz goes, “there are no small parts, only small actors.” While minor and supporting roles on The Young and the Restless (Y&R) may not get much airtime, that doesn’t necessarily mean that they are not pivotal within the soap opera itself. More often than not, it is the small parts that seem to garner the most attention — whether it’s due to the quirkiness of the character, the humor they bring, or the incredible acting by the actor portraying the part. Below is a list of minor Y&R characters who have simply stolen the show.

While Y&R fans don’t get to see Paul as much as they used to (or would like to), it’s still an incredible thing to see Williams within Genoa City storylines to this very day. With a tenure on the show that lasted decades upon decades, Paul often stole the show with his humor, intelligence and investigative savvy. But will we ever see him again? 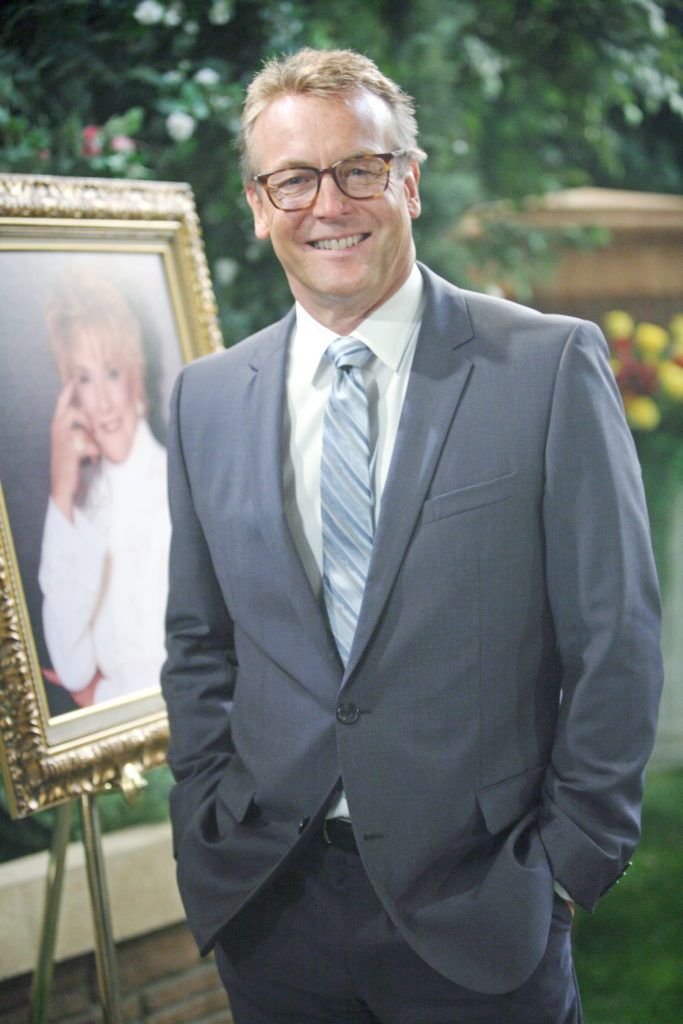 Speaking of Paul, his mentally unstable sister Patty has created quite the chaos within Genoa City over the years. While Paul steals the show as a hero, Patty certainly keeps Y&R fans on the edge of their seats wondering what she’ll do next. Played by the talented Stacy Haiduk, Patty might not be a heroine (although there are times she does do heroic things), the character captivates viewers via her dynamic and eccentric personality. 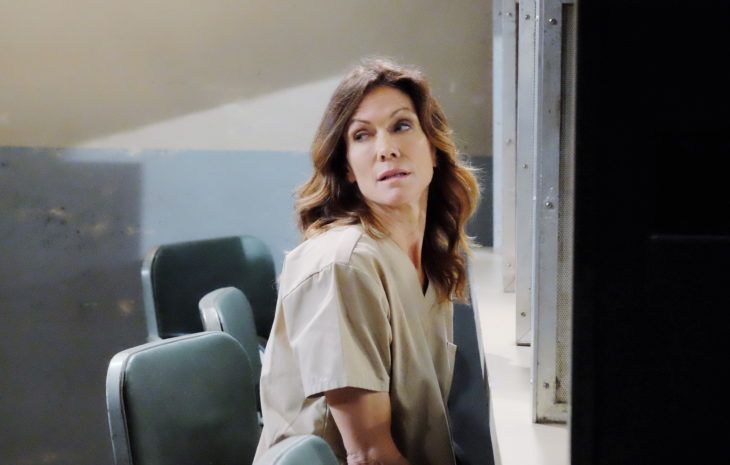 Much like Patty, Ian Ward is no hero; however, his actions against Mariah, Nikki, and Dylan certainly kept things within the Y&R very interesting during his time on the show. No fan favorite, or even major player on the soap, Ian Ward was a character viewers loved to hate, and many couldn’t wait to see what he would be up to next. 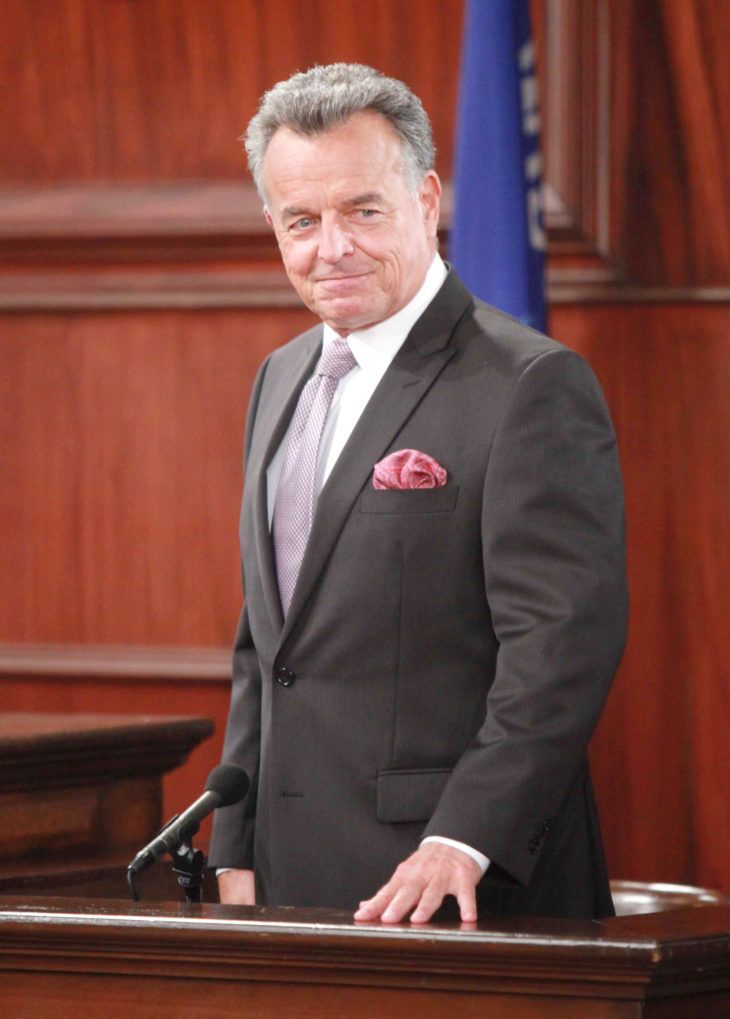 When Dina returned to Genoa City in 2017, her storyline took many twists and turns. From reconciling with her kids to her Alzheimer’s storyline, not to mention kids and grandkids popping up from her past, Mergeron stole the show every time she popped up on daytime screens. Actress Marla Adams did an incredible job portraying all of Dina’s ups and downs — and landed a Daytime Emmy for her performance. 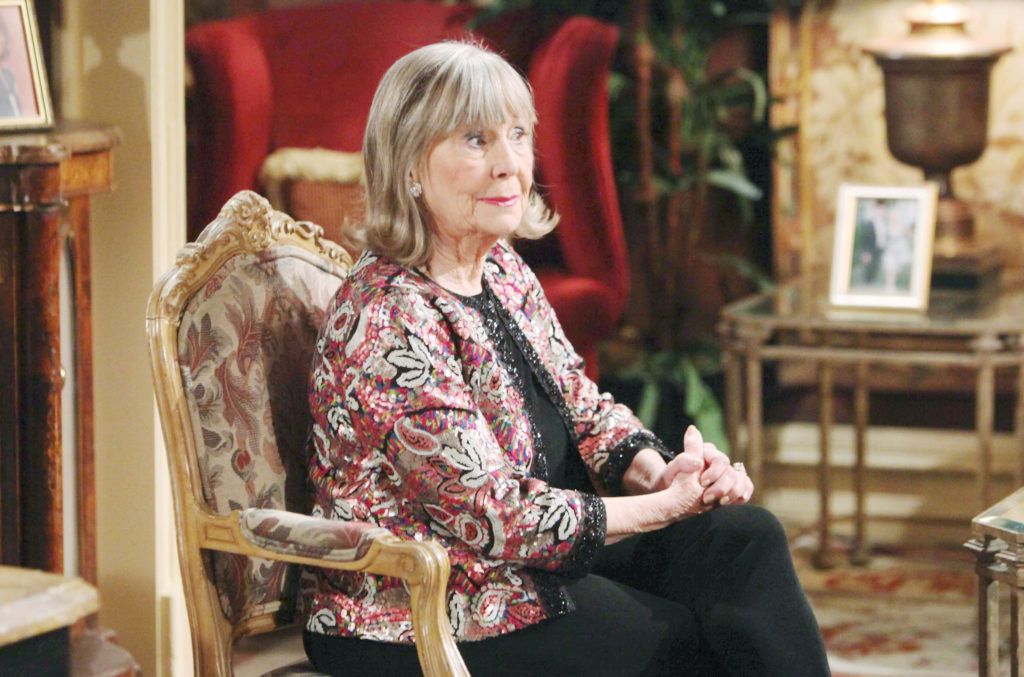 Remember when Adam Newman paraded around as Gabriel Bingham circa 2014, all in an effort to console a wheelchair-bound Constance Bingham? She had Sage and Adam jumping through hoops at one point, in hopes that she would believe her grandson was really alive. While the storyline may have been a tad hokey, Constance was a joy to watch, and truly was one of the highlights around it all. Sadly, the Oscar-nominated actress passed away in 2022. 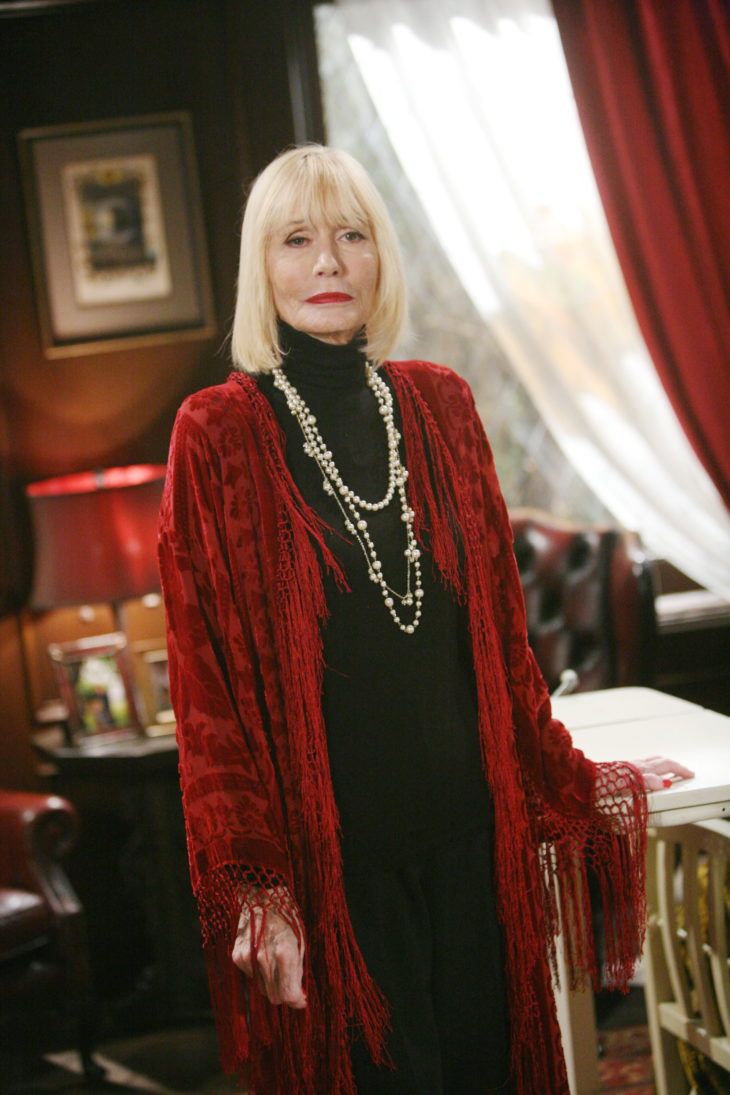 While Jill was once a staple within Genoa City storylines, when she does pop back in town, she reminds Y&R viewers of the good old days. Whether she is helping Devon get to the bottom of Katherine’s will, bantering back and forth with Colin, bossing Billy around, or going toe-to-toe with the Moustache, Jill continues to lead the pack when it comes to strong female characters on the Y&R. 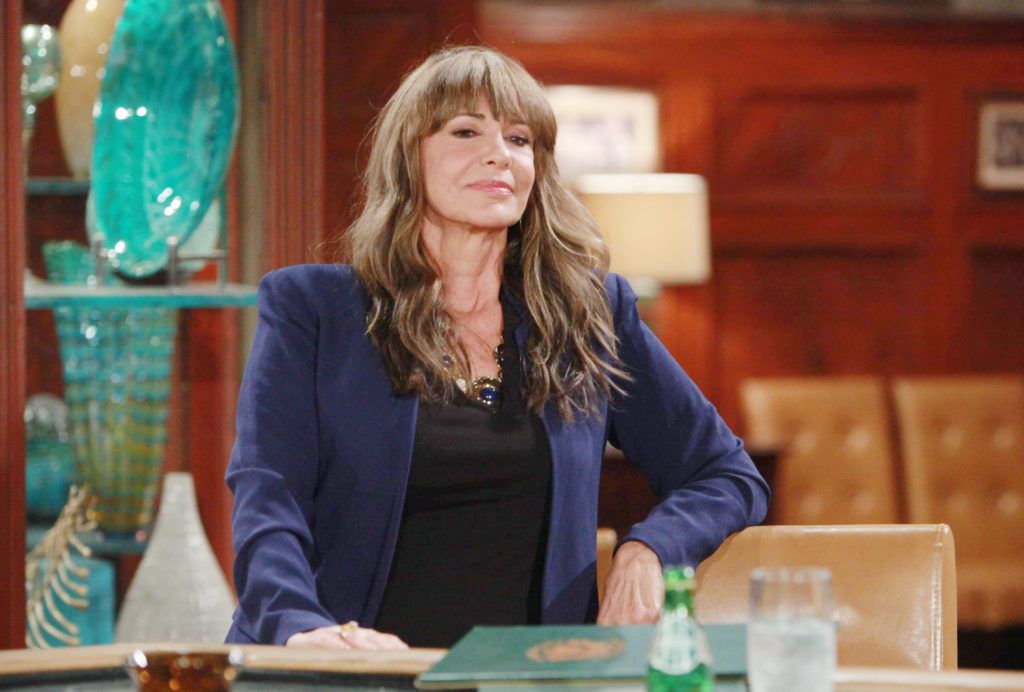 This sweetie stole the show constantly when she was still playing Faith Newman. Playing a smart, kind, sweet and responsible kid who has grown up tremendously over the years, Lind was heavily involved in many storylines over the years, including the emotional passing of many close characters, her mom’s mental health issues, new step-parents, dealing with grandparents/parents in jail, and more recently, her mom’s breast cancer diagnosis. Despite the heavy issues, Faith handles everything with ease, which makes this small yet mighty character a joy to watch on daytime television. 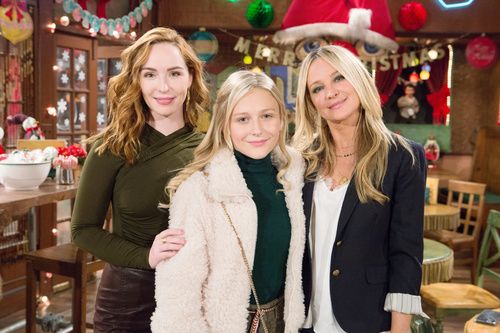 Probably one of the best things to happen from the whole Genoa City thinking Katherine Chancellor had passed away (when she didn’t) plotline was the introduction of Murphy. Patrick Murphy jumped into the Y&R scene in 2008 when he helped Katherine Chancellor recover through amnesia after a car accident. The man not only saved Katherine’s life, but the two shared a sweet love story together that unraveled beautifully on screen. What was so appealing about Murph? He was down to earth, funny, used common sense, and had a wonderful way of bringing things into perspective. Despite the fact that after everything blew over, and Katherine was revealed as Katherine, Murph remained a prominent figure in Genoa City for a long time, stealing the show every time he popped up in an episode. 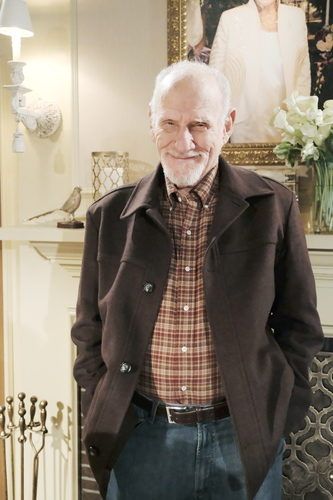 For over thirty years now, Kate Linder has been entertaining Y&R fans with her portrayal of the quirky, air-headed yet lovable Esther Valentine, Katherine Chancellor’s maid, who felt so much more like part of the family than the hired help. Still, there have been times when she’s been the center of attention with storylines around failed marriages and drama with her daughter, Chloe Mitchell. Regardless, Esther is a beloved Y&R character and, despite playing a minor role, can still be seen today, serving up coffees at Crimson Lights. Linder turned what could’ve been an average part into a legendary soap opera role. 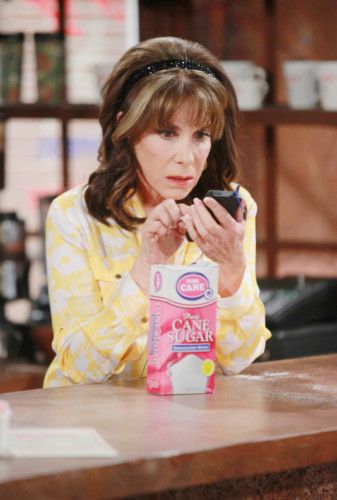 Speaking of legend, Tristan Rogers’ portrayal of bad guy Colin Atkinson was incredible to watch. Playing the iconic Robert Scorpio (on and off) on General Hospital since 1980, Tristan shook up the daytime world when he stepped into the Y&R role in the fall of 2011. Initially, Atkinson was a terrifying, manipulative mobster, who was looking to scam Jill Abbott and convince Cane to work in the family business. Since then, Rogers has evolved the Atkinson bad-guy role into a loveable and show-stealing part on the soap opera. With Rogers, his natural humor always shines through, as he adds a spark of comedy in this part as well. 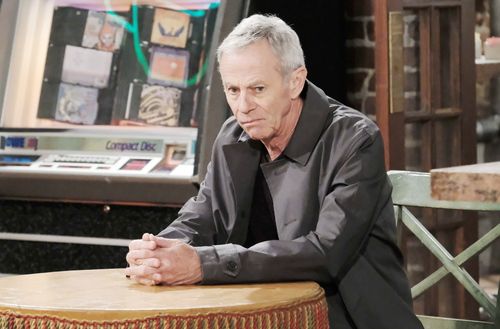 Judith Chapman has certainly added an element of laughter and quirk to the Gloria Bardwell character when she stepped into the role. While actress Joan Van Ark (from primetime Knots Landing fame) originated the role, when Chapman stepped into Genoa City in 2005, the part certainly changed for the better. Bardwell’s schemes and shenanigans are that of a typical Y&R bad guy, where the lines between good and evil are sometimes blurred, and Gloria can be considered one of the characters that went from zero to hero over the years. While she’s gotten her boys Michael and Kevin into a fair amount of trouble, she’s also been there when they have needed her the most. Chapman’s animated portrayal of Bardwell always demands the attention of her audience, and while this role is a minor one, she always steals the show whenever she steps in front of the camera. 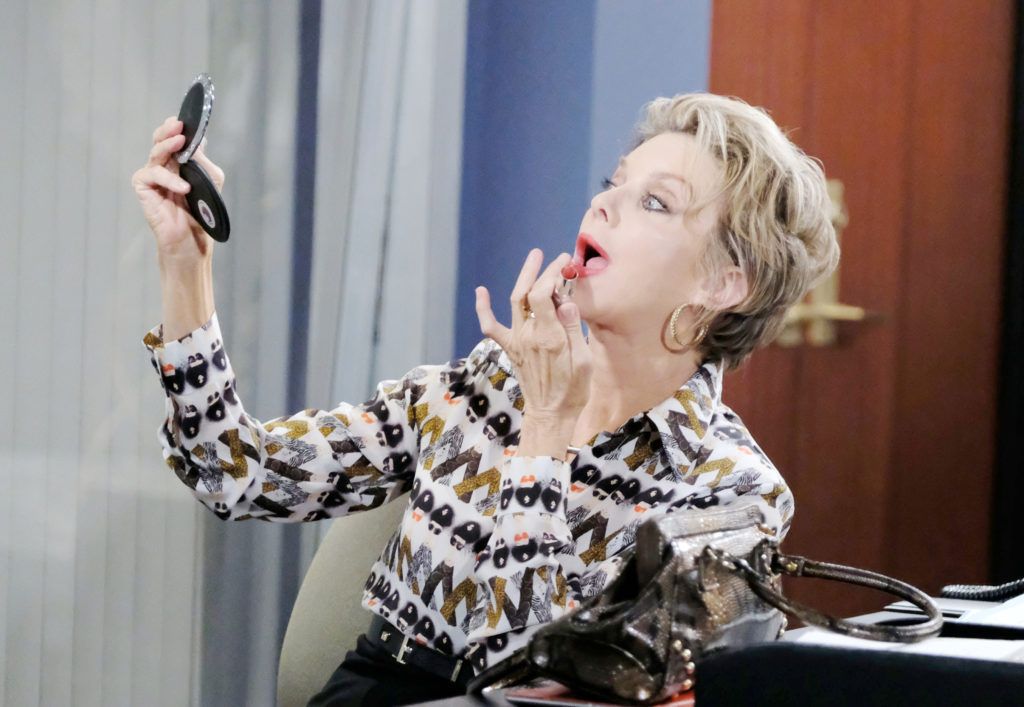 The Moustache is anything but minor or supporting in the land of Y&R currently, but that wasn’t always the case. When Eric Braeden initially stepped onto the set in 1980, his run was supposed to be a short one that lasted only two to maybe three months at most. That changed fast, and the show ended up asking Eric to sign a contract. Braeden did his thing and Victor Newman was born! Forty years later, and the role has turned into an iconic soap opera character. In fact, Genoa City simply revolves around Victor Newman and the entire Newman clan! 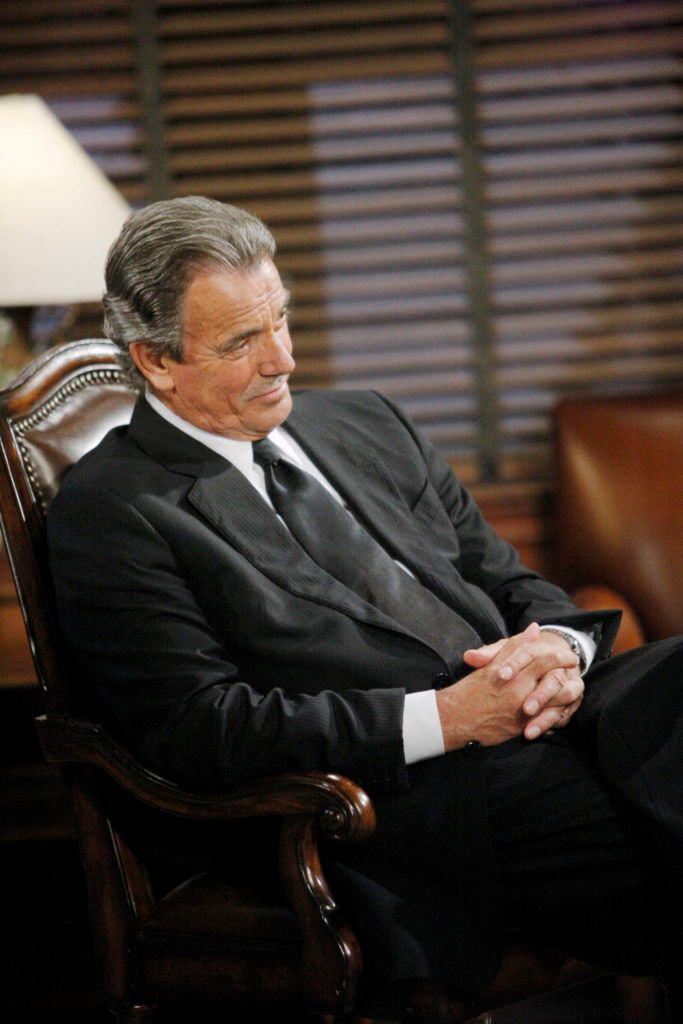