7 Celebrities Who Don’t Believe In God 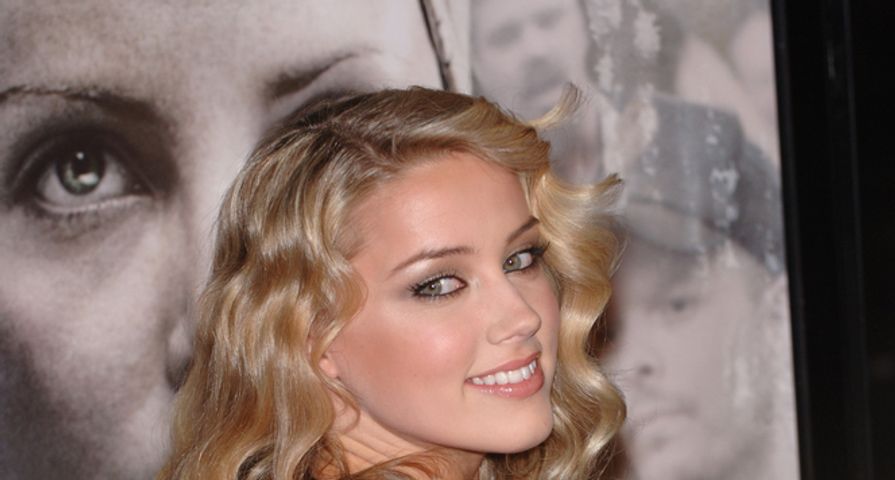 In Hollywood, it sometimes feels like everyone believes in God. At awards ceremonies, we constantly hear about it. We can’t throw a rock without hitting a celebrity who decided to thank God in their speech. One would think that stars would be more confident in their abilities. They worked for it and they won. The whole thing gets rather tiresome, which is why we decided to find some celebrities who openly admit that they don’t believe in God. Here are 7 celebrities who are self-proclaimed atheists!

Brad Pitt has said on more than one occasion that he doesn’t believe in God. In an interview with BILD in 2009, he said that he was both agnostic and an atheist. “I’m probably 20 per cent atheist and 80 per cent agnostic. I don’t think anyone really knows. You’ll either find out or not when you get there, until then there’s no point thinking about it,” he said.

In 2011, “The Curious Case of Benjamin Button” star told Parade magazine that he turned his back on religion when he was in high school. “There’s a point where you’re un-tethered from the beliefs of your childhood. That point came for me when it was finally clear my religion didn’t work for me,” he said. “I had questions about Christianity that I could not get answered to my satisfaction, questions that I’d been asking since I was in kindergarten. I realized it didn’t feel right to me, that one question just led to another. It was like going down a rabbit hole, each answer provoking another question. There were things I didn’t agree with,” he said.

In an interview with Esquire magazine back in 2009, Daniel Radcliffe declared that he is an atheist. “I’m an atheist, but I’m very relaxed about it. I don’t preach my atheism, but I have a huge amount of respect for people like Richard Dawkins who do. Anything he does on television, I will watch,” he said. Radcliffe was reluctant in the past to talk about his religious beliefs because he feared people who were religious would not see the “Harry Potter” movies as a result.

A couple years after that interview, Radcliffe became much more comfortable talking about his religious beliefs, especially when it came to sex education in England. He was adamant that gay, as well as straight relationships be covered in schools. “I’m not religious, I’m an atheist, and a militant atheist when religion starts impacting on legislation. We need sex education in schools,” he told Attitude magazine in 2012.

Morgan Freeman doesn’t believe that there is any evidence to support that the theory that there is an omnipotent being who created us and is currently watching over the earth. “Well, here’s a scientific question: Has anybody ever seen hard evidence? What we get is theories from our earlier prophets. Now, people who think that God invented us think that the Earth can’t be more than 6,000 years old. So I guess it’s a question of belief. My belief system doesn’t support a creator as such, as we can call God, who created us in His/Her/Its image,” he told TheWrap.

In that same interview, the “Shawshank Redemption” star also said that he thinks that “we invented God.” “So if I believe in God, and I do, it’s because I think I’m God,” he said. We personally don’t think that he actually believes that he is God. He is trying to make a point about people creating the idea of God.

Emma Thompson has made it clear that she doesn’t believe in God; however, she actually sounds like more of an antitheist than an atheist. “I’m an atheist; I suppose you can call me a sort of libertarian anarchist. I regard religion with fear and suspicion. It’s not enough to say that I don’t believe in God. I actually regard the system as distressing: I am offended by some of the things said in the Bible and the Qur’an and I refute them,” she said.

In spite of this, she has also said that she finds the Christian philosophy to be good – if it is properly applied. “The guiding moral principles, the ethical principles, much of the philosophy [of the Christian tradition], if properly applied, is very good,” she told Good Housekeeping. It sounds like she is skeptical of religion, but is still able to see some value in it – probably not enough to convert though!

Javier Bradem was brought up in the Roman Catholic faith; however, he is now a staunch atheist. With regards to his lack of religion, he has been quoted as saying, “I don’t believe in God, I believe in Al Pacino.” When gay marriage was legalized in Spain in 2005, he stirred up controversy when he reportedly said that, if he was gay, he would “get married tomorrow, just to f**k with the Church.”

In 2010, he talked to Elle about his Catholic upbringing and how he “wasn’t very into it.” “I don’t understand religion when it gets to the point where the beyond commands the present, because then the present doesn’t have any sense. In Spain it is a big fear, a bummer, our mortality. Myself, I really need to know and face mortality: I am this, I am me, I am now. The rest, I don’t know. And that’s the point – to be okay with not knowing,” he said.

Jon Hamm just got a whole lot hotter! He told The Irish Independent newspaper that his parents’ deaths put him off religion. “That was pretty much it for me. I don’t get the mystery of faith. I’m too much of a math guy. The numbers didn’t add up so I was like, ‘OK, moving on.’ I don’t need an afterlife; I don’t need a second act,” he said.

In the same interview, he also complained about celebrities and their use of social media. “This constant recording of your life and updating of your ‘status’…I don’t do that. No event ‘happened’ unless you took a picture of it. Going to a concert or a ballgame, are actual things. But you’re not watching because you’re busy trying to record it so you can tell your friends about it and put it on YouTube. It’s totally meaningless,” he said.

Amber Heard was raised Catholic but, when her friend died in a car accident when she was just 16-years-old, she became an atheist. “That was the hardest blow emotionally that I have ever had to endure,” she told USA Today. “Suddenly, you realize tomorrow might not come. Now I live by the motto, ‘Today is what I have.’” She began reading Ayn Rand’s books, which convinced her that she only needed herself in this world.

It doesn’t look like Heard has looked back since turning her back on her religion. In an interview with Net-A-Porter magazine, she discussed Catholicism and how limiting it is. “Catholic schools do not have a reputation for being breeding grounds for inquiry, or curiosity, but they are the ideal breeding ground for rebellion,” “The Rum Diary” actress said. Heard isn’t like a lot of other young actresses. She definitely follows the beat of her own drum.