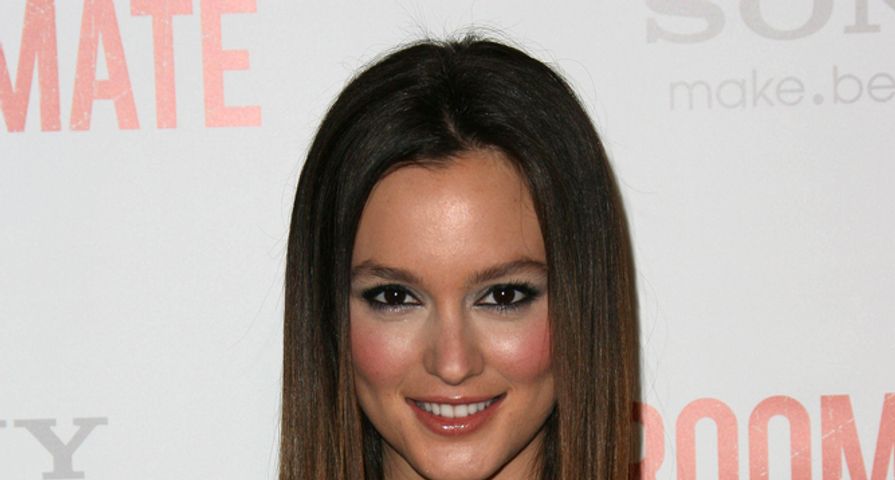 Some celebrities seem to be most attracted to their co-stars. They date (and, in some cases marry) them and, when things fail to work out, they move on to their next on-screen counterpart. It must be an interesting life. Actors and actresses are constantly meeting new people because of their jobs. They work in pretty close quarters with people on-set, so romance with their co-stars, for the most, seems almost inevitable. We were interested in seeing which actors and actresses have made a habit out of hooking up with the people they work with, so here are 7 who are guilty of perpetually dating their co-stars!

Ryan Gosling has a thing for his leading ladies. When he was on “The Mickey Mouse Club,” he had a flirtation going with a young Britney Spears. When he was much, much older, he got romantically involved with his co-star from “Numbers,” Sandra Bullock. She was 16 years older than him. The odd couple only dated for a year. A couple of years later, he hooked up with Rachel McAdams, who he co-starred with in “The Notebook.” These two dated on and off for a few years, but broke up for good in 2008.

Once he and McAdams were done for good, Gosling kept going for his co-stars. He reportedly dated Michelle Williams, who was his co-star in “Blue Valentine,” and then he moved on to Eva Mendes. They co-starred in “The Place Beyond the Pines.” Despite breakup rumors, he and Mendes are still going strong. She recently gave birth to their daughter, Esmeralda Amada.

Taylor Lautner hasn’t been able to make any of his relationships work long-term; however, he has a pretty good idea of how to meet beautiful, young women – on the set of his movies! He’s not that old, but he has somehow become a serial monogamist. Whenever a relationship ends, we can pretty much expect him to move on with one of his co-stars.

When the “Twilight” actor was filming “Valentine’s Day,” he dated Taylor Swift. Naturally, that relationship didn’t work out. Lautner then found love on the set of “Abduction.” He started secretly dating his co-star Lily Collins. They broke up one week before the film premiered. Onlookers said that things seemed awkward between the two. They barely spoke. He then moved on to Marie Avgeropoulos, who he met on the set of “Tracers.” These two just broke up, which will make doing promotion for this film pretty awkward. The boy just doesn’t seem to learn!

Sophia Bush also tends to go for her co-stars. She’s pretty much dated all the guys on “One Tree Hill.” She first hooked up with Chad Michael Murray, who played Lucas Scott on the show. They were together for a couple of years, but were only married for five of those months. When they split, she moved on with another co-star from the show, James Lafferty, who played Nathan Scott. When that didn’t work out, she went for another one of her co-stars from “One Tree Hill,” Austin Nichols, who played Julian Baker. They broke up after dating on and off for about four years.

For a year there, we really thought Bush was done dating her co-stars. She had hooked up with Google Executive, Dan Fredinburg. Now that she is on a new show “Chicago P.D.,” she is once again dating one of her co-stars. His name is Jesse Soffer and, according to friends, they are really cute together and have great chemistry. Hopefully this one will finally work out for her! We think she might be running out of co-stars that she can date!

Jennifer Garner has a history of hooking up with her co-stars. When she guest-starred on the television series “Felicity,” she hooked up with Scott Foley, who was a regular on the show. Things got pretty serious between them; however, after their wedding, they separated after only two and a half years of marriage. She had become super famous because of “Alias” and he just couldn’t keep up. When they announced they were divorcing, she immediately hooked up with her super cute co-star from “Alias,” Michael Varton.

No one knows why that relationship failed, but it did and it didn’t take Garner very long at all to start dating Ben Affleck, who she met on the set of “Daredevil.” These two were meant to be. They were married in 2005 in a secret ceremony in Parrot Cay on the Turks and Caicos Islands and they have since had three children together, two daughters and a son.

Chad Michael Murray seems to only hook up with his co-stars. When he was first on “One Tree Hill,” he dated the woman who played his character’s on-screen love interest Brooke Davis, played by Sophia Bush. Things were pretty serious. They even got married; however, Bush pulled the plug on it after only five months. He reportedly cheated on her with Paris Hilton, who he met on the set of “The House of Wax.”

Things got pretty awkward on the set of “One Tree Hill.” Shortly after his breakup from Sophia, Chad started seeing one of extras on set, Kenzie Dalton. They went on to date for seven years and they even got engaged. They broke up last year and he has since hooked up with yet another one of his co-stars, Sarah Roemer. They met on the set of “Chosen” and were just married. She’s reportedly pregnant with his child. Let’s hope that none of his other co-stars catch his attention again!

Angelina has a history of hooking up with her co-stars; however, she doesn’t just date them – she marries them and then divorces them when things don’t work out. Her first major relationship in Hollywood was with her co-star from “Hackers,” Johnny Lee Miller. These two were only married for a couple of years in the ‘90s and, even though they divorced, they still remain good friends. After Miller, Jolie hooked up with her co-star from Foxfire, Jenny Shimizu.

In 2000, she married her “Pushing Tin” co-star Billy Bob Thornton. These two were pretty passionate, but it ended up burning out rather quickly. They divorced only three years after they married. Jolie then hooked up with yet another co-star, Brad Pitt. They met on the set of “Mr. and Mrs. Smith.” Johnny Depp and Nicole Kidman were reportedly supposed to star in that movie but, when things fell through, Pitt and Jolie were cast. We suppose that, if they never starred in the movie, they might never have met and hooked up.

Leighton Meester is pretty low key, especially when it comes to her love life; however, while she may not like to talk about her relationships, there is no denying that she tends to date her co-stars. Her first major Hollywood relationship was with her co-star from “Gossip Girl,” Sebastian Stan. They dated for a couple of years. After they broke up, she moved on to Aaron Himelstein who she met on the set of “Remember the Daze,” but that didn’t last.

When it was time to move on again, Meester hooked up with yet another co-star, Adam Brody. They met on the set of the indie flick, “The Oranges,” and they secretly married last February. Brody has also had a history of dating his co-stars. When he was on “The O.C.,” he dated the woman who played his on-screen love interest, Rachel Bilson, and when he when he was filming “The Justice” he dated his co-star, Teresa Palmer.