7 Straight Celebrities Who Have Had Gay Relationships 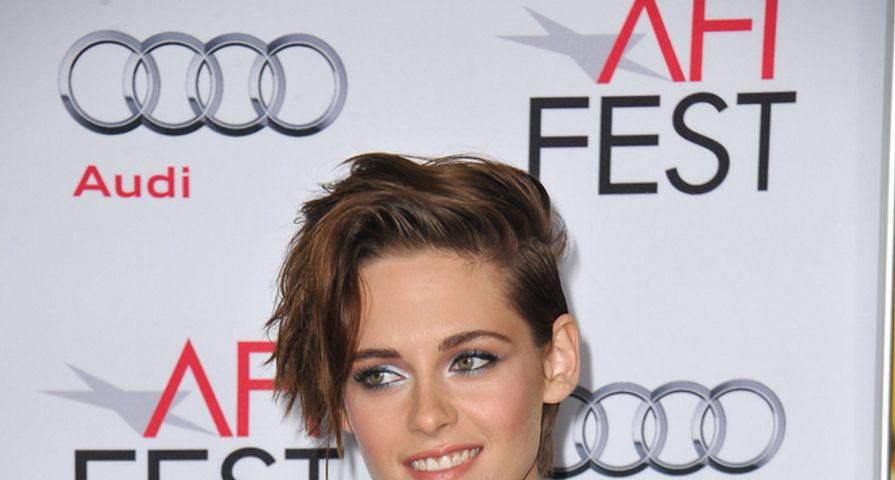 These celebrities don’t consider themselves to be gay or bisexual; however, they have had same sex relationships in the past. Some of them have come clean about it on their own accord while others have been outed by the media or by the other participant in the relationship. Being famous definitely has its downsides, one of them being that people will sell you out for money and publicity. We don’t think it is a big deal that these people experimented with same sex relationships – you love who you love. Here are 7 straight celebrities who have had gay relationships!

Mel B recently revealed to The Guardian that she had a four-year relationship with a woman before she hooked up with her current husband, Stephen Belafonte. “People call me lesbian, bisexual or heterosexual, but I know who’s in my bed and that’s it. I have a huge libido and a great sex life,” she said before adding, “Well, I did have a four-year relationship with a woman. But I’ve been very happily married for seven years to a penis. Ha ha! An amazing guy.”

During the same interview, “The X Factor” judge also stressed that she and Belafonte have a “very tight and solid” relationship, which isn’t open. She hasn’t always had the best taste in men. Her first husband was one of the Spice Girl’s backup dancers and he ended up getting $2.8 million in their divorce settlement. Who can forget her short-lived relationship with Eddie Murphy as well? Her same sex relationship was probably one of her better ones.

Back in 2008, Megan Fox told GQ that she had a relationship with a Russian stripper named Nikita. “Well, that year my boyfriend broke up with me, and I decided – oh man, sorry, mommy! – that I was in love with this girl that worked at the Body Shop,” she said. “I decided that I was going to get her to love me back, and I went out of my way to create a relationship with this girl, a stripper named Nikita.”

“Look, I’m not a lesbian,” Fox continued. “I just think that all humans are born with the ability to be attracted to both sexes. I mean, I could see myself in a relationship with a girl – Olivia Wilde is so sexy she makes me want to strangle a mountain ox with my bare hands. She’s mesmerizing. And lately I’ve been obsessed with Jenna Jameson.” Don’t get too excited about this one boys – she reportedly made the stripper story up to sell magazines.

Lindsay Lohan doesn’t consider herself bisexual. Before she dated Samantha Ronson, she only publicly dated men and she has only publicly dated men since. “I like being in a relationship with a guy. But there’s something just different about it with a woman. When I was with Samantha (Ronson), I didn’t want to leave, because I didn’t want to be alone. It was very toxic. And her family controlled anything she did,” she told Piers Morgan. I know I’m straight. I have made out with girls before, and I had a relationship with a girl. But I think I needed to experience that and I think I was looking for something different.”

At this point, Lohan’s relationship with Ronson is the longest one she’s ever had. She has barely dated since they split and rumor has it that her relationship with the DJ wasn’t her first same sex relationship. Back in 2007, she reportedly had a secret affair with Courtenay Semel, the daughter of the Yahoo CEO.

Anne Heche may have been in one of the most highly publicized same sex relationships in Hollywood history; however, she doesn’t consider herself to be gay or bisexual. According to her, she “changed her mind” about her same sex relationship. ““I have yes – had an open mind. But then I make decisions, ‘I have an open mind, but then I’ve learned about that. Fantastic,’” she said. “I have an open mind, I can change my mind. There’s a door. We can close that door. We can go to another door.”

Since her relationship with Degeneres ended, Heche has only been with men. Three months after their breakup, she hooked up with a videographer, Cory Laffoon, who she met through Degeneres. Within a year they were married and expecting a child together. After their marriage ended, she began a relationship with James Tupper, her co-star from “Men in Trees.” They are currently engaged and have one son of their own, Atlas.

During the late ‘90s, Angelina Jolie had a relationship with Jenny Shimizu, her co-star from “Foxfire.” This was after she married Johnny Lee Miller and before she hooked up with Billy Bob Thornton. Jolie discussed the same sex relationship that she had with her co-star with Barbara Walters back in 2003. “I was surprised when I suddenly found myself having those feelings I’d always had for men for a woman,” she said.

When Jolie hooked up with Brad Pitt, Shimizu seemed pretty jealous. She revealed really intimate details about her relationship with the former wild child with News of the World. She went so far as to say that the Oscar-winning actress wouldn’t be satisfied with just Pitt. We think that she’s pretty wrong about that. Jolie has been with the handsome actor for a decade now and they just got married last year. Unless she has some secret life that we don’t know about, we’d say that she’s probably really satisfied with Pitt.

According to Peter Robinson, he had a five-year relationship with Gavin Rossdale back in the ‘80s. At the time, Robinson went by the name Marilyn and was a crosser. He has maintained that he and the former front man of Bush were in love; however, Rossdale has said that he had “a one-time experimentation” with the androgynous singer – nothing more.

“I’ve never wanted to appear closed about it. It’s not something I’ve talked about really because it’s always been in the glare of a tabloid world. It’s just one of those things: Move on. When you’re 17, Jesus Christ. I don’t think there’s anything strange about any form of – you’re learning about life. It’s a part of growing up. That’s it. No more, no less,” Rossdale told Details magazine. Well, he’s still married to Gwen Stefani and they have three children together, so it sounds like it probably was just him experimenting.

Kristen Stewart’s relationships have primarily been with men – until now. She is reportedly dating one of her good friends, Alicia Cargile. These two are spotted together constantly and, during their recent trip to Hawaii, they were photographed holding hands and cuddling together on the beach. Neither one of them has confirmed or denied whether or not they have taken their friendship to the next level, but it seems pretty obvious that Stewart has switched teams – at least for now.

The relationship between these two has reportedly gotten pretty serious. They are rumored to be looking for a place together in L.A. This is a pretty big deal. The last person she shared a place with was Robert Pattinson and we all know how that worked out. While they were cohabiting, she was carrying on an affair with the married director her film “Snow White and the Huntsman.” Hopefully this relationship doesn’t end in a similar way.