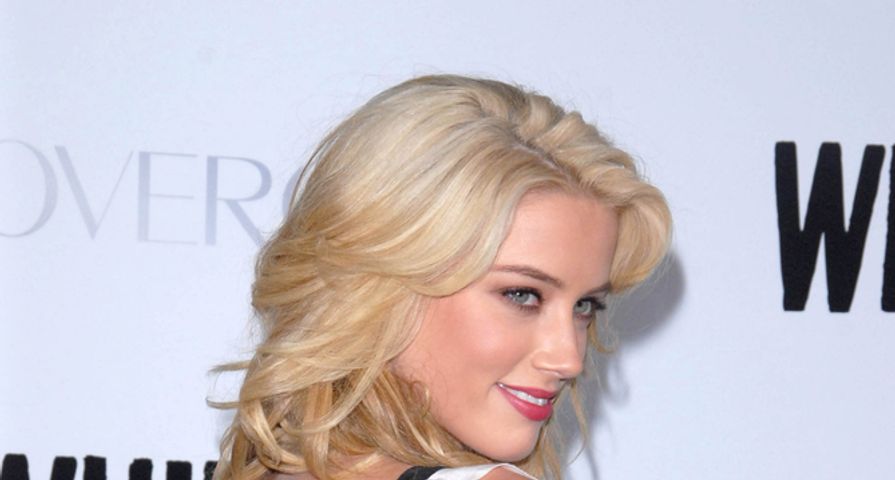 When it comes to sexuality, these female celebs aren’t 100 percent straight and they aren’t 100 percent gay – they fall somewhere in the middle and they aren’t afraid to say it! All of these stars are different. Some of them are married to men while others are currently in relationships with women. Some of these celebrities haven’t necessarily had a relationship with the same sex, but they are open to finding love with anyone. Here are 9 female celebrities who have come out as bisexual.

Evan Rachel Wood came out as bisexual back in 2011, after she ended her ill-fated engagement to Marilyn Manson. “Yeah, that’s a big part of who I am, and it always has been for as long as I can remember,” the actress told Marie Claire. “I can’t say I’m one way or the other because I’ve honestly fallen in love with a man and I’ve honestly fallen in love with a woman. I don’t know how you label that, it’s just how it is.”

The “Sex and the City” star has admitted that she is bisexual – but she doesn’t like to use the term. “I don’t pull out the ‘bisexual’ word because nobody likes the bisexuals. Everybody likes to dump on the bisexuals,” she said. “[W]e get no respect.” Nixon has openly dated men and women. She was in a long-term relationship with a man, Danny Mozes, from 1988 to 2003 and she is currently married to a woman, Christine Marinoni.

Anna Paquin came out as bisexual back in 2010. She first made the announcement in a PSA video promoting the Give a Damn campaign, which featured celebrities speaking out for equality. “I’m sure for some people saying they’re bisexual feels less scary than making a statement that they’re gay,” she told Zooey magazine. “For me, it’s not really an issue because I’m someone who believes being bisexual is actually a thing. It’s not made up. It’s not a lack of decision. It’s not being greedy or numerous other ignorant things I’ve heard at this point. For a bisexual, it’s not about gender. That’s not the deciding factor for who they’re attracted to.”

Drew Barrymore has said on more than one occasion that she considers herself to be bisexual. In 2003, in interview with Contact Music, she said, “Do I like women sexually? Yeah, I do. Totally. I have always considered myself bisexual.” Barrymore also said, “A woman and a woman together are beautiful, just as a man and a woman together are beautiful. Being with a woman is like exploring your own body, but through someone else. When I was younger I used to go with lots of women. Totally. I love it.”

Back in 2010, Ke$ha hinted that she is bisexual to Out magazine. “I like people. I wouldn’t say I’m gay or straight – I don’t like labeling things anyway. I just like people.” In an interview with Seventeen magazine in 2013, the “Tik Tok” singer came a little closer to admitting that she is bisexual. “I don’t love just men. I love people,” she revealed. “It’s not about a gender. It’s just about the spirit that exudes from that other person you’re with.”

Fergie – who is currently happily married to Josh Duhamel – has admitted that she has been sexually involved with women in the past. “I think women are beautiful, I’ve had a lot of fun with women, and I’m not ashamed of it,” the Black Eyed Peas singer told The Advocate in 2010. “The problem is that I also love a well-endowed man. But just because I enjoy women doesn’t mean I’m allowed to have affairs in my relationship.”

Shailene Woodley told The Hollywood Reporter that she is open to finding love with men and women. “I fall in love with human beings based on who they are, not based on what they do or what sex they are,” she said. “The Fault in our Stars” actress hasn’t been spotted getting close with any lucky ladies; however, she has been spotted getting cozy with her “Divergent,” co-star Theo James. Woodley and James have both denied any romantic involvement, so now fans are rooting for her to hook up with Ellen Page!

Alec Baldwin’s daughter Ireland – who split from her boyfriend Slater Trout earlier this year – is currently involved in a pretty intense romantic relationship with female rapper Angel Haze. They have been spotted kissing and sharing a series of suggestive tweets and photos. Angel Haze has spoken out about her relationship with Baldwin to the Independent. “An interracial gay couple, I mean that’s just weird for America right now. We f**k and friends don’t f**k. I have never f**ked one of my friends.”

Amber Heard is openly bisexual. Before she hooked up with Johnny Depp, she was in a relationship with photographer Tasya van Ree from 2008 until 2012. In an interview with The Edit, she discussed her bisexuality. “I have had relationships, successful relationships, with men, and I had a great relationship with a wonderful woman,” she said. “I will never beg for an easy classification or label for that moment in my life, or assume to know what the future holds for me. I have always been and always will be just who I am and I will never fake anything for anyone.”