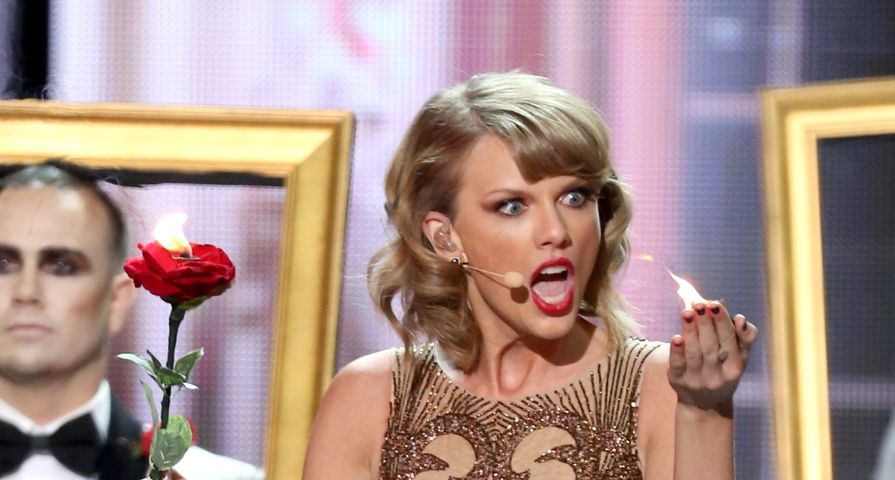 Awards season is always exciting for fans as we get to see our favorite celebrities rocking gorgeous (or not so gorgeous) outfits, hanging out and getting rewarded for the music and movies we love. On Sunday November 23, the best of the music and entertainment world all descended on Los Angeles for the 2014 American Music Awards. Fans of every genre were able to see their favorite celebrities come together – from country music’s Luke Bryan to the country-pop hybrid Taylor Swift, and all of mainstream music’s best like One Direction, Katy Perry, Jennifer Lopez and Iggy Azalea. The show had everything from booty shaking to tearful performances (and an inevitable waldrobe malfunction), all while artists performed their latest and greatest hits live on stage. Here are the five best performances from the AMA’s.

Pop star Selena Gomez, 22, released the video for her newest single, “The Heart Wants What It Wants” in early November, which included her own emotions over whom it can only be presumed is about her on-again, off-again boyfriend, Justin Bieber. She did not disappoint in her first live performance of the single as she had to take a break and breathe deeply before whispering, “Thank you Jesus” to herself before carrying on, showing real raw emotion during her song.

By the end, she was teary eyed from the haunting rendition that included fog, and emotional images on a screen behind her, including barbed wire wrapped around skin, turbulent weather and crying eyes.  The ending also featured a clouded figure that looked conspicuously like the form of Bieber, pressing on the screen. Gomez wasn’t the only one with tears in her eyes after the song, as the cameran panned to her BFF, Taylor Swift was looking on from the audience looking quite tearful herself.

Black Eyed Peas and solo singer, Fergie, hasn’t had a hit since 2006 but that didn’t stop her from rocking the stage for her newest single “L.A. Love.” Introduced by her own husband, Josh Duhamel, who added, “she makes really cute babies,” Fergalcious demonstrated that she hasn’t missed a beat in performing. Showing off her toned body and lots of leg in a one piece bathing suit, with a robe wrapped around and platform gold sneakers, she looked fanastic.

The upbeat performance had everyone rocking along but unfortunately Fergie hit a little snag with the night’s wardrobe malfunction. Near the end of her song she decided to ditch the robe but it did not go as planned. Fergie struggled to get it off her arms and shoulders and once she accomplished that and walked away the robe was still attached to her behind, dragging behind her until she finally got rid of it. Luckily for Fergie the malfunctions are usually much worse but now the incident is being talked about more than her actual performance.

Jessie J, Nicki Minaj and Ariana Grande teamed up for another performance of their hit, “Bang Bang.” The song got the whole crowd going including Taylor Swift and Khloe Kardashian. The trio rocked gold glittering outfits and luckily for Nicki Minaj, her gold minidress dress fit properly so she did not have to wander around awkwardly clutching her outfit like what happened at this year’s VMA’s. Jessie J. donned a glittering skin tight bodysuit and stopped to rub booties with Khloe Kardashian during the perfomance, and Taylor Swift got in on the action as well as the glamorous singers engaged the star-studded audience. Grande also glowed in a two piece gold outfit with a crop-top, and her little brother Frankie got in on the dancing action with a performance that was definitely needed to liven up the crowd.

The 7 Worst Dressed Stars At The 2015 American Music Awards

Taylor Swift opened the entire show with a live performance of her newest hit, “Blank Space.” While there was not any kittens or horses, the performance was unbelievably elaborate on stage, complete with fire and, of course, hot men. Swift also showed off lots of leg in her slinky, shimmering dress while recreating the vibe of her music video as she goes from in-love to insane in a three minute song. It was pretty obvious that Swift was lip-syncing for the whole performance as it was definitely more about the theatrics than about her vocals. She lit a rose on fire and held the flame in her hand while singing lyrics like, “So it’s gonna be forever, or it’s gonna go down in flames.”

Tons of men filled the stage around Swift, acting as both possible new lovers as well as old ones who donned some serious zombie make-up to enhance the effect of a brutal relationship with a crazy ex as she sings, “Got a long list of ex-lovers, they’ll tell you I’m insane.” Taylor has not only enjoyed success for that single, she also received the Dick Clark Award of Excellence at the AMA’s for her record setting album sales for 1989. Released in late October, 1989, sold 1.287 million copies in its first week becoming the highest-selling album of 2014.

The 7 Best Dressed Stars At The 2015 American Music Awards

Even before the AMA’s aired, the censor people at ABC were twitching with the upcoming performance of J.Lo and rapper Iggy Azalea’s hit song “Booty.” The content of the song’s music video of course included a lot of booty and booty-smacking which had them worried what was going to happen live, but the pair kept it tame for their performance. The whole show was a build up for the performance from the duo who did not disappoint in their signature booty-baring leotards to close out the awards ceremony.

There is no denying the incredible bodies of both performers but at 45 years old, it seems weird for J.Lo to be up there shaking her behind with a 24-year old. That didn’t stop them both from giving a jaw-dropping performance that included many positions to accentuate their assests. Iggy of course had a huge night, winning two awards, one for Favorite Rap/Hip-Hop Album with her album “New Classic,” and another for Favorite Artist Rap/Hip-Hop. She significantly beat out Eminem who caused controversy early in the week with his new lyrics alluding to “raping” Iggy. She spoke out about the issue on social media but winning both awards definitely gave her an upper-hand on the offensive rapper.